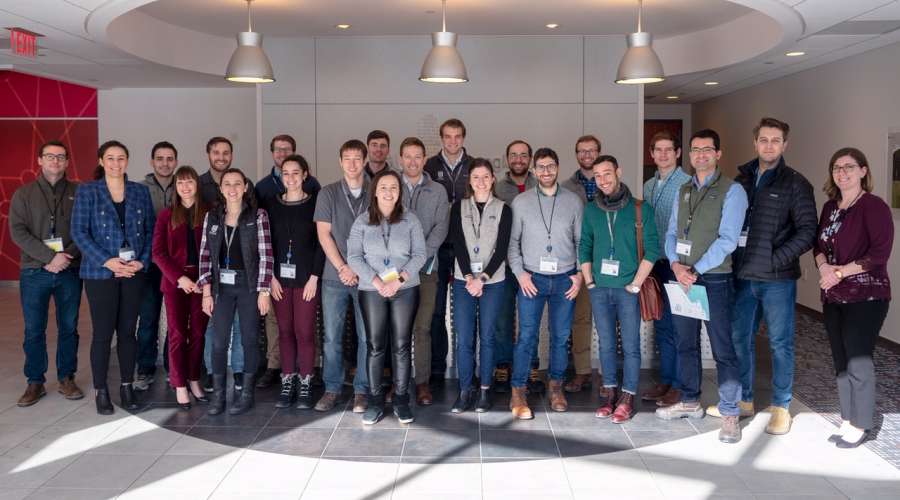 Whenever you flip a switch, you have the certainty that the light is going to shine. This reliability in the electricity output is what keeps homes, business and public services running. In Connecticut, Maine, Massachusetts, New Hampshire, Rhode Island, and Vermont, this reliability is possible thanks to the ISO-NE, which works 24/7 to ensure that the electricity demand of the region is met. On March 1, Revers Center for Energy at Tuck hosted a one-day trek to the Regional Transmission Organization in Holyoke, Massachusetts, where a group of Tuck students had the opportunity to better understand the utilities landscape.

When we arrived at the ISO-NE Central Control Center, we were checked in and escorted to a meeting room where Kate Epsen, from the External Affairs team, gave us background information on the New England’s electric power ecosystem and explained to us how the ISO-NE operates the grid, by directing the production and flow of high-voltage electricity across the region.

Another major role of the ISO-NE is running the wholesale electricity markets in New England, enabling the selection of the most cost-efficient resources to meet both current and future energy needs. I found particularly interesting the role of the annual auctions in the Forward Capacity Market – which are held three years before the operating period - in incentivizing new investments in technology and supporting new capacity projects.

Besides that, the ISO-NE also forecasts the electricity needs to ensure that there is a reliable electricity supply for the next ten years.

One of the most impressive moments of the morning was when John Norden, director of operations at ISO-NE, turned up the blinds on one of the walls of the meeting room, showing the control room. In front of us was unfolded a 60x15 ft digital wallboard with a live mapping of the generation and transmission system in the region. On each side of the wallboard there was displayed a monitor showing news, weather reports and other relevant information affecting the grid. A team of system operators – typically former submarine officers or operators with experience in power plants, ideally holding a bachelor’s degree in Electrical Engineering - were working to keep demand and supply balanced (load desk), forecast the following day demand of electricity (forecaster), maintain communication with power resources (generation desk), and run stressed scenario simulations (security desk).

New England is part of the Eastern Interconnection, that include, among others the New York ISO, with whom the ISO-NE has nine interconnections.  All the electric utilities of these region must operate under normal system conditions at a synchronized average frequency of 60 hertz. The ISO-NE has to manage unexpected risks of disruption of the frequency balance on the grid, such was the case of the Northeast blackout of 2003, caused by an overload in the transmission lines that cascaded into a massive power outage that affected more than 50 million people in Northeastern and Midwestern United States and the Canadian province of Ontario, after which mandatory reliability standards were set.

In the last two decades, the New England power grid has experienced a major transition in the energy mix, from oil and coal to natural gas. However, a bigger push is needed to connect renewable energy to the grid to balance the natural gas constraints and achieve environmental policy objectives.

After the visit, we had lunch at the Northampton Brewery where we had remarkable time. Thanks to the Revers Center for Energy at Tuck for providing such a unique opportunity to learn more about the Power & Utilities space. 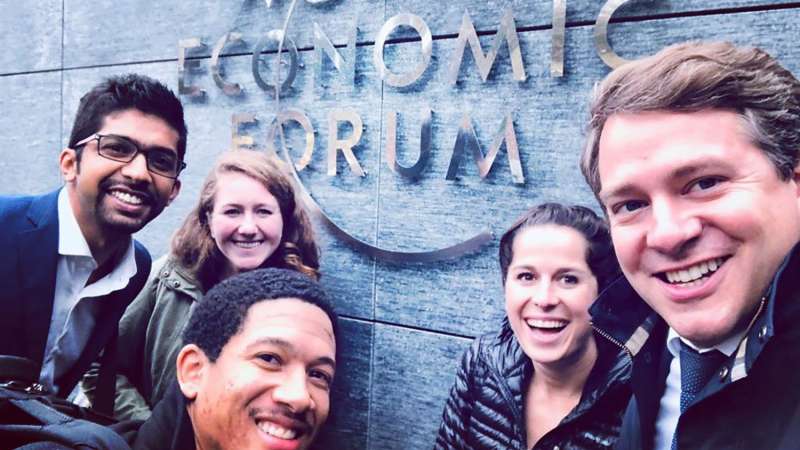 A Project with the World Economic Forum in South Africa

"Access to this type of real, professional experience in an educational setting is very rare.... 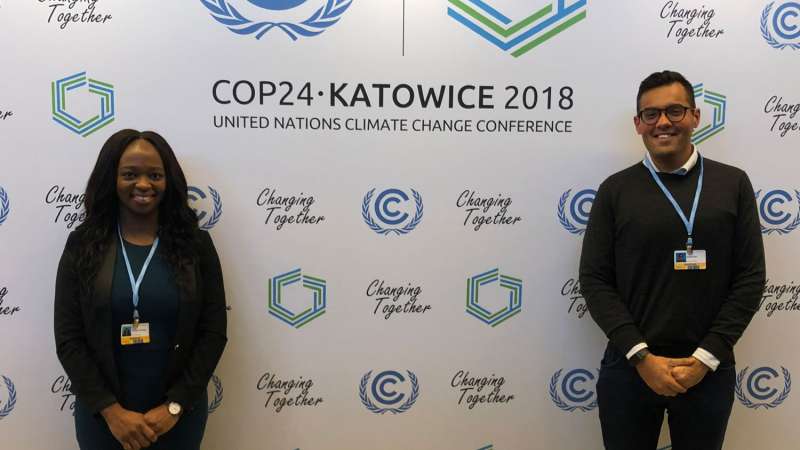 Five representatives from Tuck traveled to Katowice, Poland to join the conversation alongside tens of...