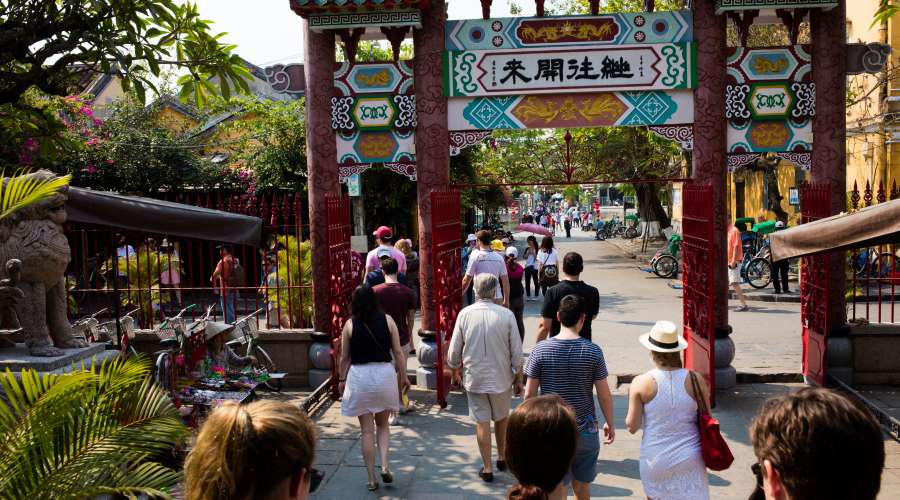 What We Learned: The 2016 Vietnam GIX

Over spring break, I was one of twenty-four Tuck students who embarked on the inaugural Vietnam Global Insight Expedition (GIX). The theme was “Renovation Nation: Vietnam in an Era of Reform and Globalization,” and our purpose was to study Vietnam’s business environment given several post-war decades of rapid social and economic change, evolving capital and investment flows, political balancing of communist ideology with capitalist growth, and the country’s increased integration in international trade and labor regimes. No small undertaking! 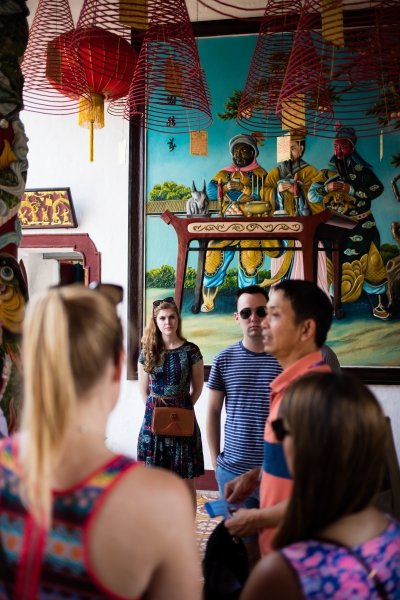 relations. Their blend of expertise provided unique depth to the conversations we had about the business context, the influence of history and politics, and the domestic and regional macroeconomies.

Our group met several times before leaving, and it was clear that everyone had different reasons for selecting this particular GIX. We were a group of undergrad history majors, people who were well-traveled in Asia, people who had never been to Asia, budding entrepreneurs, those interested in developing countries, seekers of authentic pho, and those whose food adventurism would soon get the better of them. Our motivations were individual but our intellectual and personal engagement throughout the trip—the site visits, conversations with locals, and ongoing reflections as a group and individually—was shared.

The GIX began in Hanoi, with meetings at the U.S. Embassy, a state-owned enterprise, and the Vietnamese ministry for economic planning and development. This provided a framework for what we would witness and hear throughout the rest of the country. We had opportunities to better acquaint ourselves with Hanoi, including excursions to see Ho Chi Minh’s embalmed body and a walking tour around Hanoi’s Old Quarter. From there we flew to Da Nang, in Central Vietnam, where we spent a weekend in the beach town of Hoi An, adjacent to remnants of American military bases. Here we explored the town, determinedly sought out karaoke joints, and in true Tuck fashion engaged each other in loosely competitive yet fiercely spirited beach volleyball matches.

Our final stop was Ho Chi Minh City in the south. Highlights included visiting a Coca-Cola bottling plant and a Nike Air Force One assembly line—both well-timed experiences for the first-years about to take Operations Management! In addition, we met with a local private equity firm and also met with local entrepreneurs to provide feedback on their business pitches. Our last day in Vietnam was spent on a boat in the Mekong Delta, where visits to family-owned brick producers offered yet another distinct perspective into Vietnam’s economy.

The GIX challenged us. It challenged us to see Vietnam through a lens other than that of the Vietnam War and its legacy, it challenged our assumptions about what a Communist country looks like in 2016, and it pressed us to confront the contradictions inherent in Vietnam’s balancing act of rapid growth, international integration, and political stability. We concluded the trip with possibly even more questions about Vietnam’s way forward in its more globalized context but considerably better equipped to grapple with them. 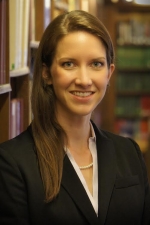 Olivia Jones is a first-year student at Tuck. She grew up in Menlo Park, CA and attended Davidson College, where she majored in political science. Prior to Tuck, she worked as a consultant at Booz Allen Hamilton and Deloitte. She is dual degree candidate with The Fletcher School of Law and Diplomacy at Tufts University, where she is concentrating in International Security Studies.