Professor Vijay Govindarajan posed this question in his blog on the Harvard Business Review website last August and the response was overwhelming. 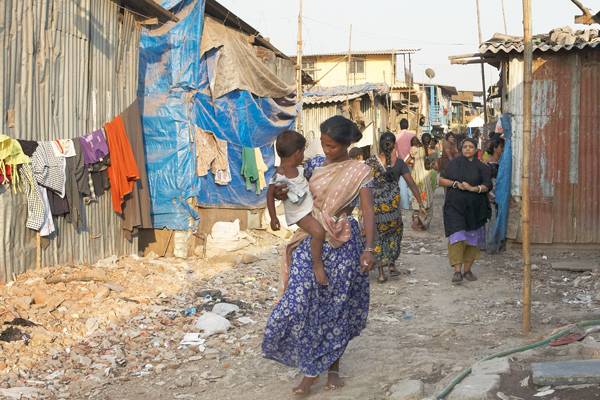 Professor Vijay Govindarajan posed this question in his blog on the Harvard Business Review website last August and the response was overwhelming.

Vijay Govindarajan, the Earl C. Daum 1924 Professor of International Business at Tuck, has contributed numerous columns to the HBR site, but none generated the lasting enthusiasm of the $300-houseposting, in which he and co-author Christian Sarkar challenged the corporate world to design a simple dwelling that provides shelter, clean water, and solar electricity for the world’s poorest citizens—all for $300.

The overwhelming response prompted the authors to invite others to contribute essays on how to convert the housing vision into reality. Experts responded with thought-provoking analyses of the challenges the $300 house presents, among them design, energy, marketing, and what Govindarajan terms the “co-creation challenge”—how, in other words, the world’s biggest multinationals can work with, and learn from, those dwelling in the world’s slums.

At Tuck, two First-Year Project teams have taken up the challenge. (A part of the core curriculum for all first-years, the First-Year Project course calls for teams of five students each to tackle hands-on entrepreneurial or consulting projects.) One team studied Haiti’s suitability for a $300 house pilot project. Another traveled to India to investigate prospects there. Govindarajan advised the students to solicit the cooperation of a local corporation. In India, the Tata Group, which has a housing division and famously brought to market a $2,000 automobile, would be a good fit, he said.

“I come from a very poor family in India, and I always used to walk through a slum on the way to school,” Govindarajan says. “I would look at the kids there—they’re so smart and so bright and so cheerful, but they will never get any opportunity in life.” Many of the world’s poor live in such slums, each a sprawling mass of improvised shelter and desperate humanity surrounding cities great and small: the favelas of Rio de Janeiro, Darb al-Ahmar in Cairo, and Mumbai’s Dharavi—the shantytown depicted in the film Slumdog Millionaire, which, Govindarajan says, accurately portrayed the desperation he saw as a child.

“Corporations have divided the world in two. There are 2 billion who are rich enough to afford the products corporations make—toothpaste, TVs, cellphones—and who have access to education and health care. And the 5 billion poor we have left to charities to work with,” Govindarajan says. “That is outmoded thinking. We must bring them into the consumer base.”

Govindarajan stresses that poor people shouldn’t be viewed as beneficiaries; they should be co-creators. “Who understands the problem of housing better than the poor themselves?” he asks. Business can bring resources, technology, and management benefits, but multinationals will only jump in if they can make money. Govindarajan believes emphatically that they can do so with housing for the poor. Assuming four people per household, the world’s 5 billion poor citizens represent a prospective market for 1.25 billion homes. At $300 apiece, that’s $375 billion in potential revenue. “Companies can profit and also make a difference,” Govindarajan says.

First comes the tremendous problem of actually designing, building, and scaling a suitable shelter. The basic brief is simple: a dwelling that protects a family from the weather and provides them a measure of dignity. The napkin sketch that Govindarajan and Sarkar published with their initial HBR blog entry includes a water filter, solar panel, and solar cooker. Those technologies have existed for decades, but bringing them all together for less than $300 remains a monumental challenge.

The solution lies in collaboration, Govindarajan says. It’s essential that the project be transparent, so that contributors from around the world can build on one another’s ideas. “In any kind of innovation, the first step is to make noise,” Govindarajan says. “All we have done so far is to make noise. People have taken notice of this. Now the really hard part begins.”