A Data-Driven View of Investment Decisions 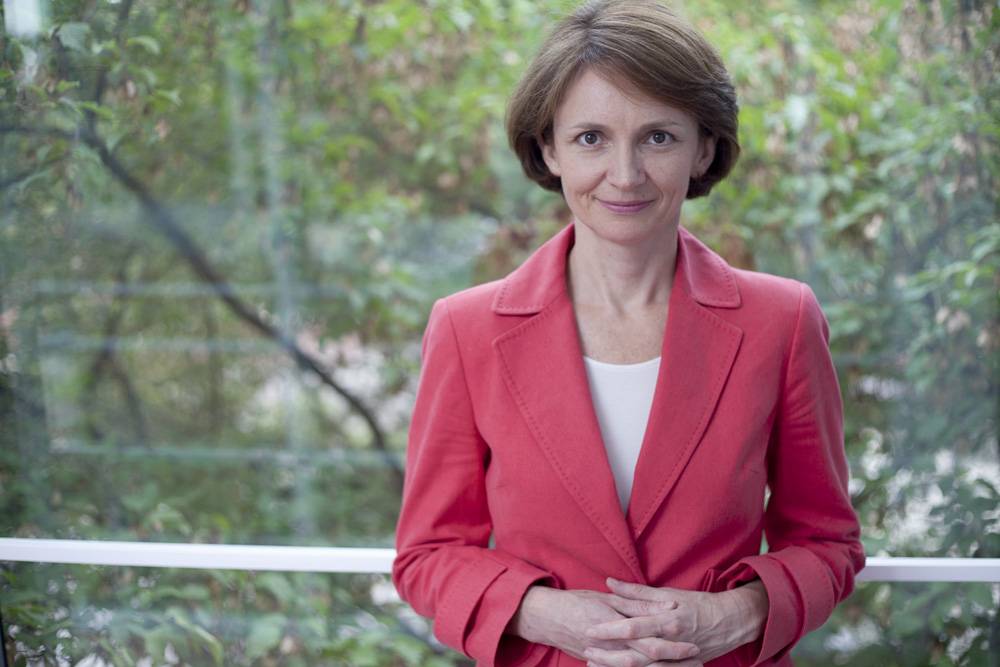 Professor Katharina Lewellen’s areas of expertise include corporate finance, capital structure, investments, and corporate governance. All of which are directly—and very obviously—connected. But the devil is in the details. And, as it turns out, those details dovetail perfectly into two of her current streams of research on CEO incentives and investment decisions, and CEO turnover. Lewellen’s broad expertise and interests have also led her into exploring the seemingly limitless details involved in her newest area of research—hospital and not-for-profit organization decision-making. And she brings that same broad expertise into the core Corporate Finance course she teaches at Tuck and its slightly distilled version in the Thayer School of Engineering’s master of engineering management program—courses that provide the framework and foundation for decision-making by future leaders.

What particular topics are you studying right now?

I’m working in three primary areas right now. One is related to CEO incentives in various contexts, including investment decisions by CEOs and, in particular, the tendency for them to be focused more on the short term than the long term. That study is still in progress with my co-authors, Alex Edmands and Vivian Fang. I’m also working on a study on CEO turnover with Dirk Jenter from Stanford; we’re trying to understand the way that stock-price performance of a firm affects the likelihood that the firm’s CEO is going to be fired.

Exactly. We’re not the first to look at this, but we will be introducing a different methodology that we hope will tell us something about how boards think—how boards learn from stock prices about the quality of their CEO or the match between the CEO and the firm.

And another, very recent area of study for me is hospitals. It’s a project with Manuel Adelino, who was at Tuck and is now at the Fuqua School of Business, on the effect of financial performance and financial shocks on hospital decision-making. We published an earlier paper with Anant Sundaram, who is a visiting professor here at Tuck, on hospital investment decisions, and now we’re trying to take it a step further and look at whether and how the financial condition of a hospital affects patient treatment and diagnosis. It’s a new world for finance: we have very little to basically no empirical research in finance on hospitals or not-for-profit firms in general. We hope to open up a new avenue with this research.

Do you see your CEO incentives research being drawn into the hospitals study too?

Absolutely. I would like to investigate hospital executives’ incentives and compensation structures, as well as the incentives of physicians—the way they are paid and the treatment decisions they make. But it’s very difficult to get data on these kinds of things. With corporations, we have very good publicly available data about how executives are paid, but here, this is more difficult.

I understand you are also studying ownership structures in multinational corporations?

This is a project I’m working on with Leslie Robinson, who’s on the accounting faculty here. We wrote a paper about how multinational firms design the ownership connections between their foreign subsidiaries. This is what we call the “internal ownership.” Sometimes these structures can be extremely complex, and it can be difficult to understand who owns whom and why. Leslie has access to data on these internal ownership connections from the Bureau of Economic Analysis. No one else had previously looked at it, so the first step in this paper was to describe the structures, to offer a basic framework for thinking about the various trade-offs involved in setting them up—such as taxes, financing costs, expropriation risks—and then to test how important these factors are in practice.

To close on an appropriate note—One of your recent studies with Professor Jenter showed a sharp increase in the likelihood that a company would accept a takeover bid the closer its CEO was to age 65. Is 65 still somehow the magic retirement number?

Yes, it still is. If you look at when CEOs actually retire—even though formally they might not have to—you still have a spike at age 65. I think there’s just something encoded in people’s minds about that age. But what we do in this paper is use the CEOs’ tendency to retire at 65 to investigate how CEO personal preferences affect the merger markets. One of the main findings is that firms are more likely to be acquired when their CEOs are close to 65. So it looks like CEOs are more willing to “sell” their firms when they are less concerned about losing their jobs. The broader implication is that CEO preferences seem to affect important corporate decisions, possibly in ways that are detrimental to shareholders.

That study received a lot of press last year.

It really did. It’s nice when a study has a good, concise result. Oftentimes research isn’t like that because it’s much more multidimensional, with a caveat here and a caveat there. So the ultimate message can be more subtle.

Do you think your hospital research is likely to result in something subtle or more conspicuous?

I think it’s going to be subtle. The world is not always the way you expected it to be—you could pick one discrete thing to focus on at the beginning of a study, but often, you’re not sure where the research is going to take you. But that’s why we’re here. We like that.