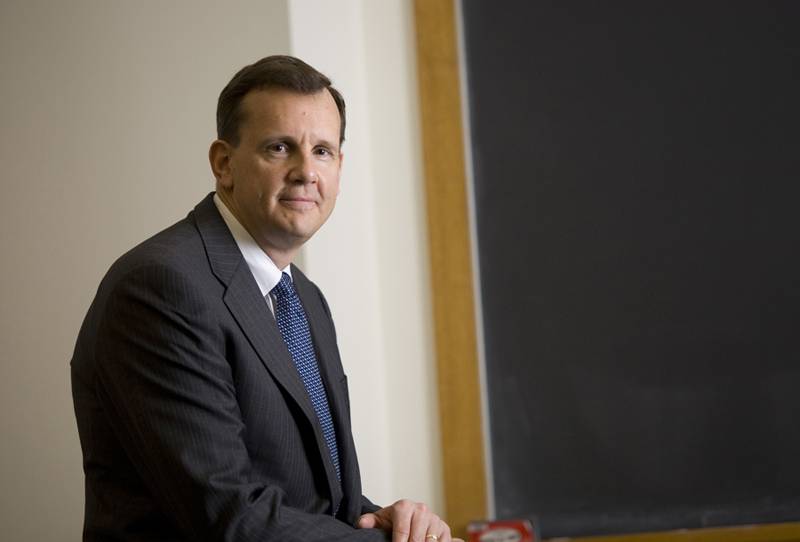 When you think about PepsiCo products, a can of the company’s ubiquitous cola or perhaps a bag of Doritos comes to mind. Indra Nooyi, PepsiCo’s CEO, would like to change that. With an obesity epidemic raging in the United States, Nooyi is staking out a long-term strategy for the company that hinges on tripling its revenue from its healthier brands, such as Quaker Oats, Tropicana, and SoBe. “The potential for the growth of this market is enormous,” Nooyi has said, “and for a player who wants to play in this market intelligently, the opportunities are really incredible.” The question is, can Pepsi be that player?

Tuck professor of marketing Peter Golder says yes. Where some might see PepsiCo’s junk food legacy as an impediment to its expansion into more nutritious foods and beverages, Golder sees the company as merely the corporate entity behind a host of very individual brands. That PepsiCo owns Quaker Oats, he asserts, just isn’t relevant to most consumers. “That’s the beauty of having a brand portfolio: you can target different segments,” he says. “They’re certainly not going to give up Pepsi-Cola and Fritos, but they don’t need to give them up to participate in these other markets.”

PepsiCo’s health food quest officially began in 2009 when it announced its “Performance with Purpose” mission to “deliver sustainable growth by investing in a healthier future for our consumers, our planet, our associates, and external partners and the communities we serve.” As a platform for corporate social responsibility, it sounds nice. What makes it more than mere rhetoric, in Golder’s analysis, is that consumer tastes are moving toward healthier products, and PepsiCo has every right to want a big piece of that business. “Given the market opportunity, Pepsi would be crazy not to go after it,” he says.

In part, this strategy was behind PepsiCo’s largest acquisition outside the United States—the purchase of Russian dairy products manufacturer Wimm-Bill-Dann earlier this year. The deal gave Pepsi a huge footprint in Russia, but the benefits of that business extend well beyond Russia’s borders. “The acquisition doesn’t make sense for Russia alone,” Golder says. “It provides this platform for them to roll out dairy into other markets.” Historically, dairy products have been “underbranded,” Golder says, so when PepsiCo brings its marketing power to bear on milk, it opens up a giant opportunity to make milk and yogurt-based drinks a component of its healthier image.

Another reason Pepsi’s “Performance with Purpose” makes sense is that it could preempt government regulation of unhealthy foods. As a potential cause of tooth decay, diabetes and obesity, some governments are proposing ways to make soft drinks and snack foods less appealing to consumers. In April, Mayor Michael Bloomberg floated the idea of banning the use of food stamps to buy “sugar sweetened beverages” in New York City. Similarly, Vermont recently proposed a tax on soda. In addition, some school districts have already banned soda machines from school grounds. If any of these trends catches on, “Pepsi could say, ‘All right, we can give you these dairy-based drinks instead,’” Golder explains.

To be certain, PepsiCo is charting a long-range plan with its new focus on producing healthier foods. But that’s all right, because leading food and beverage companies persist longer than brands from any other category. And when a company like Pepsi, which had $60 billion in revenues in 2010, wants to fulfill its shareholders’ imperative for growth, it must constantly be looking decades into the future. By betting on healthier foods, Pepsi is choosing to give consumers more choices, and that’s never a bad thing. “Pepsi is big enough where they can be all things to all people,” Golder says.