A New Beginning, for Business and Leaders

Roger Ferguson, Jr. spoke to an in-person audience of 280 soon-to-be graduates, and their family and friends. “Be a champion of diversity and inclusion,” Ferguson advised the T’21s. “We cannot ‘better the world through business’ without leveling the playing field so every individual has an equal opportunity to achieve their full potential.”

Roger Ferguson, Jr., knows plenty about the hard-earned benefits that can come from navigating a crisis.

When Ferguson was appointed vice chairman of the Federal Reserve in 1999, he couldn’t have ever imagined he’d be called upon to help lead the nation’s economic recovery post-9/11. Then, in 2008, when Ferguson was named CEO of TIAA, he was tasked with steering the financial firm through the worst financial crisis since the Great Depression.

While neither experience was easy, Ferguson found that he emerged from these difficult periods with more resiliency and new perspectives.

“Living through a crisis can strengthen your fortitude and resilience,” Ferguson said, while delivering this year’s Tuck Investiture address in person at Memorial Field on Friday, June 11. “It can test and re-shape your values, and it can give you new insights and a deeper understanding of the world.”

I believe the things we learned during the pandemic can point the way to a new beginning for business—one based on new ideas and new perspectives that will drive improved results, more satisfying careers, and even a better world.

Ferguson’s message was one that certainly resonated with the Tuck class of 2021. Over the last year and a half, students faced unprecedented circumstances, pivoting from in-person experiences to virtual and hybrid learning models and remote internships during the COVID-19 pandemic, all while racial tensions and the pandemic’s disparate impact on different racial groups created an urgent need to fight for equality, social justice, and a more open dialogue.

Ferguson acknowledged that this, too, was a challenging time, but also one that presented tremendous opportunity for positive change.

“Many people feel left out of a system that seems to produce tremendous and unequal benefits for a relative few—and more modest benefits for everyone else,” Ferguson said. “We need to fix that. One place to start is by being a champion of diversity and inclusion.”

“As we embark from here, we all know we are entering a business world in flux,” Blatt, a graduate of the Tuck Next Step: Transition to Business Program, told graduates. “Change is the only constant on the horizon. And we are ready.”

While no one could have ever predicted how challenging the past year and a half would have been, this year’s Investiture marked a true celebration for the 280 students who were awarded their degrees. Finally, the Tuck community was able to gather together in person for graduation, following last year’s virtual Investiture during the height of the pandemic.

At this year’s event, the audience was also treated to poignant remarks from Sarah Blatt T’21, the 2021 student speaker and graduate of the United States Military Academy. Blatt—who attended Tuck's Next Step: Transition to Business Program for veterans and elite athletes—served in the Army as a military intelligence officer and was deployed on five trips to Afghanistan as a task force member of the Army’s Special Operations Aviation Regiment.

Looking back to when her MBA education began, Blatt recalled her expectations. “When we came to this revered institution, we expected to become better leaders,” she said, noting that the pandemic didn’t stop her classmates one bit. 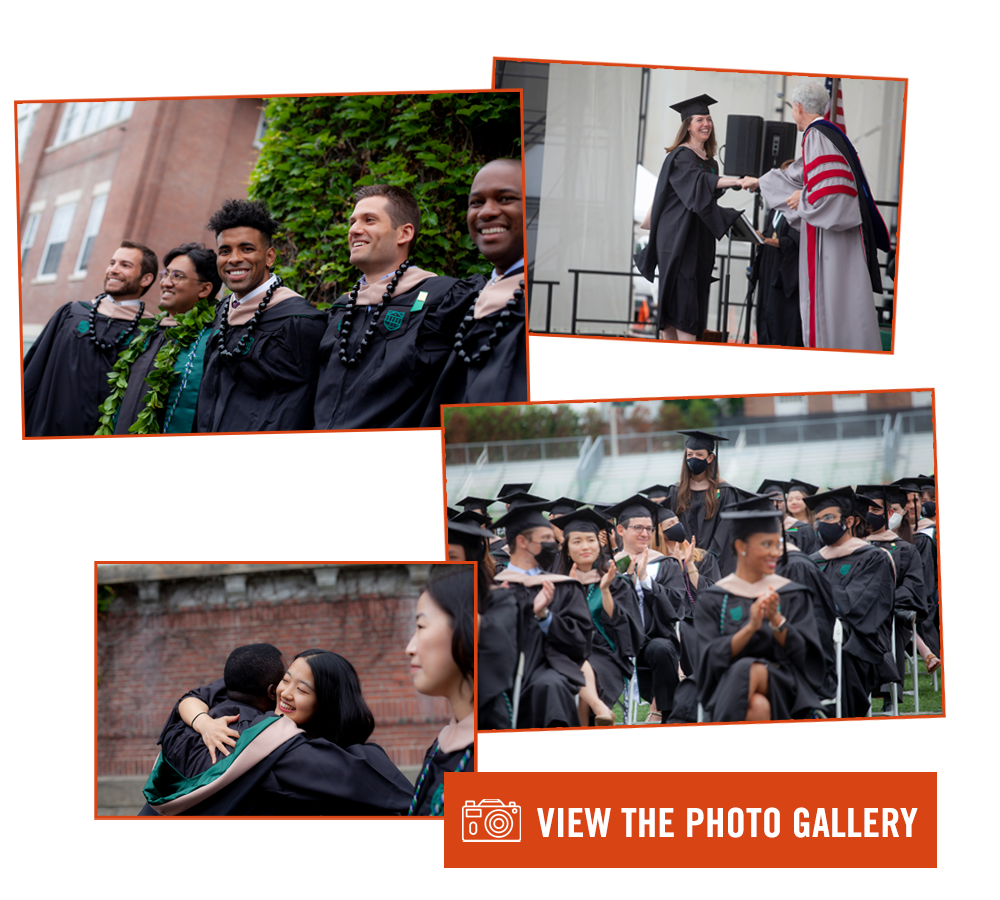 Ferguson echoed that sentiment and said that the pandemic, while difficult, was a historic milestone that provided an opportunity for both personal transformation and for the world of business.

“I believe the things we learned during the pandemic can point the way to a new beginning for business—one based on new ideas and new perspectives that will drive improved results, more satisfying careers, and even a better world,” Ferguson said.

Prior to retiring this spring, Ferguson led TIAA for 13 years. As former vice chairman of the Board of Governors of the U.S. Federal Reserve System, Ferguson represented the Fed on several international policy groups and served on key Federal Reserve System committees. He was also the head of financial services for Swiss Re and an Associate and Partner at McKinsey & Company. He earned a B.A., J.D., and Ph.D. in economics, all from Harvard University. He also received an honorary degree of Doctor of Humane Letters from Dartmouth College during Commencement on Sunday, June 13.

In addition, this year’s winner of the Tuck Distinguished Achievement Medal was Daniel Revers T’89, managing partner and co-founder of ArcLight Capital Partners and a member of Tuck’s board of advisors. View his honorary citation and the 2021 student award recipients. 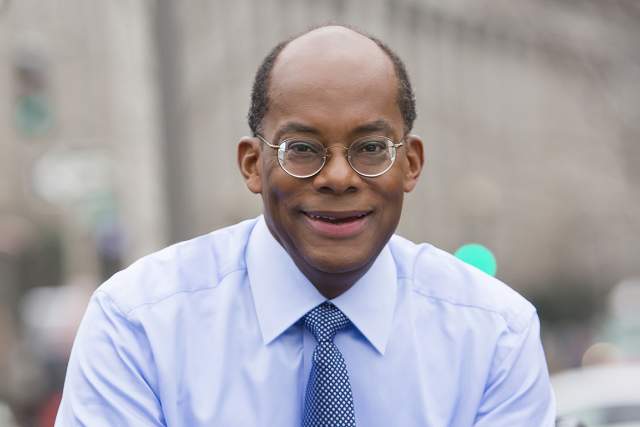 Roger Ferguson, Jr., who served for 13 years as President and CEO of TIAA before retiring this spring, will deliver the main address at the 2021 Tuck Investiture ceremony June 11. 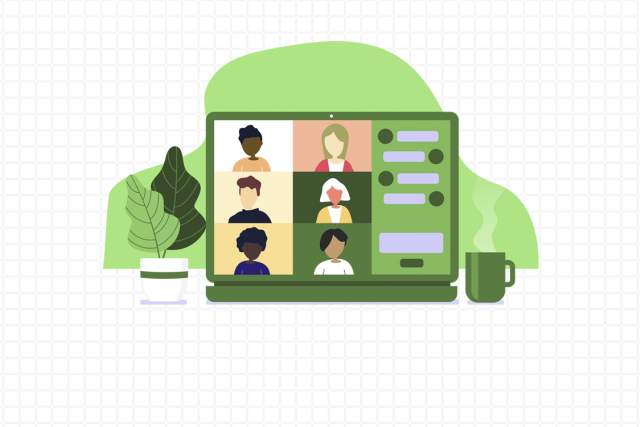 A Summer of On-The-Job Learning for T’21s

The Tuck community leveraged its strengths to ensure a robust summer experience for every T’21.