Paul Argenti envisions a new role for corporate communications following an epic collapse of trust and the rise of social media. 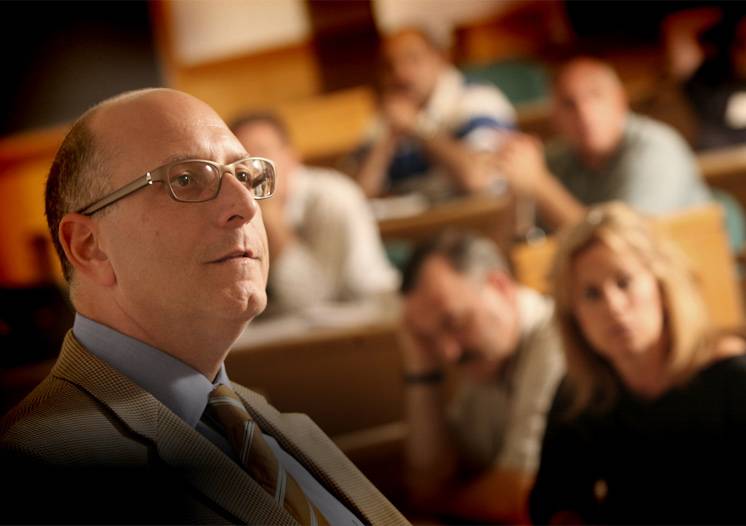 Remember the Big Three auto executives who flew to Washington last year to testify about the condition of the their industry and (for General Motors and Chrysler) to request federal aid? They traveled in three corporate jets, raising a firestorm of criticism at a time when Detroit autoworkers were being laid off by the thousands. It was, as one journalist pointed out, "stone-cold tone-deafness" that resulted in a further piling-on of anger for the U.S. automotive industry.

But for Paul Argenti, professor of corporate communication at Tuck, the more important story was what happened immediately afterward: Ford, realizing that it was being grouped with GM and Chrysler as a failing business and a villain, launched "The Ford Story" over the next weekend.

Ford's communications program was created specifically for users of social media—Twitter, blogs, comment-enriched news, Facebook, YouTube, and other online applications. Its website, subtitled "Ford is different...join the conversation," urges visitors to "get involved" and keep up with a live chat. A large portion of the home page is a string of links to Ford's presence on social media or directly to the company itself ("Got a cool idea for Ford? Let's hear it!"). Articles address new technologies, issues of social importance (for example, drivers distracted by texting), the ease of online purchasing, and, ultimately, quality and value.

And The Ford Story keeps it eye on the social-media prize: current opinion. "Ford's focus was and continues to be on its strategy, products, and successes today, not yesterday or tomorrow," says Argenti. "All of Ford's communications and marketing is being driven by its turnaround strategy, and its use of social media is masterful."

A New Way of Talking

Earlier in this decade, while the world's financial sector was setting itself up for a devastating crisis, social media were spreading across the globe. Wherever there was a digital infrastructure, people started using tools that could facilitate dialogue among an array of stakeholders and instantaneously offer opinions, ideas, and competitive intelligence.

When the financial meltdown hit full force in 2008, companies quickly discovered the power of the new communications environment. Stimulated by the 24-hour news cycle, the online community exploded with instantaneous, unfiltered information. Corporate communicators could no longer depend on traditional platforms such as public relations and advertising to disseminate—and control—their message. Nothing was unassailable, and every detail was important. "The new rule," says Argenti, "is that, in a world of scrutiny and mistrust, everything communicates and communications affects everything."

While business scandal and the Great Recession may have driven corporate executives into a reputational abyss—Argenti is fond of saying that they are probably the least trusted people on the planet—he believes that it is the rise and continuing spread of social media that has fundamentally changed the nature of corporate communications forever. From his research and investigation, he has extracted a handful of principles and tactics that can guide communicators as they seek to nurture trust in corporations and brands in a new age. (See box.)

According to Argenti, Ford and a few others quickly understood that the center of control and influence had changed. Corporations once held all the cards as they communicated one-way to individuals. But now communication has become to, from, and among communities of individuals, including shareholders, customers, and employees as well as consumer advocates, minorities, NGOs, and the occasional conspiracy theorist. "The communications premise has shifted from 'command and control' to the creation of constituencies," says Argenti.

Recognizing their new influence, constituencies have broadened the scope of their concern from merely the brand to the business of the brand. It was social-media watchdogs who revealed that Toyota took an extraordinarily long time to own up to control problems in its cars (a delay that has led to the largest civil penalty assessed by the U.S. government against a car company). Decades of customer responsiveness and a focus on quality for which Toyota was famous seemed to go down the drain in a few weeks in the face of relentless, widespread criticism.

As the demand for transparency and accountability increases, how can a company's business strategy differ from its mission, vision, and values? "There's a greater expectation for integration of the two within a company," says Argenti, "and a company that says one thing and does another will be exposed very quickly." So it is now mandatory that corporate communications moves to the forward edge of strategy development. "This is no longer about 'seats at the table.' World-class companies have already made that decision. Now the challenge is to achieve an integrated approach to strategy and communication throughout the organization."

Argenti's acid test for effective communications analyzes alignment, relevancy, and deployment. Are your communications and business strategies aligned? Are values of the enterprise reflected in your value proposition? Do you understand what's relevant to your key stakeholders? Will your positioning remain relevant in the new reality? Do you have a social media strategy and does it reach all constituencies? Is there true integration across all communications functions?

While the challenge of change is always formidable, the effort is worth more than just dodging bullets. As Argenti notes, companies like Ford, IBM, Philips, and Walmart are discovering "the new world of corporate communications can let companies create new value for themselves in a marketplace that is vastly larger than before."