A Positive Spin on Life After Cancer

“I got my first cancer scars when I lost my mother to cervical cancer in 1992. I was only 20 years old at that time, grateful for the years I had with my mom, but devastated by the loss, and so saddened by a future without her. Fast forward to 2014, when cancer came for me. I battled hard for a full year, and declared victory on Ewing’s Sarcoma in September 2015, after 12 rounds of chemotherapy and eight weeks of radiation. During my battle, my stepmother waged her own battle—a recurrence with endometrial cancer. She continues to fight. Countless friends have fought their own battles, and most are still around to share their experiences—but not all.

It goes without saying that a cancer diagnosis is life changing, but its long-term effect doesn’t have to be negative. The quote above is an excerpt from my Cycle for Survival fundraising page. Cycle for Survival helped me put a positive spin (pun intended) on life after cancer.

I discovered Cycle for Survival in February 2015, about halfway through my cancer treatment. My husband, David Leach T’01, and I attended our first ride as observers only. I had just finished chemo treatment, and was physically exhausted and unable to stand for a long period of time. I probably shouldn’t have been out of my house on that winter day, and certainly not in a room full of people with my suppressed immune system. But I couldn’t resist checking out the nearby ride. I was fairly certain that this event, this community of fighters, this movement to beat rare cancers would provide the answers to my questions: Why me? Why now? What is the bigger picture for my life after cancer?

I stood in that Equinox gym, where hundreds of riders, families, cheerleaders, and spinning instructors poured their energy into the bikes. I immediately felt the power of this community.

I stood in that Equinox gym, where hundreds of riders, families, cheerleaders, and spinning instructors poured their energy into the bikes. I immediately felt the power of this community. It was hot in that gym, so I had to take off my winter hat which exposed my bald head. I immediately received encouraging smiles and pats on the back from strangers. I met the parents of one of the founders of Cycle for Survival and we shared some powerful hugs. On that day, I made a commitment to myself, and on behalf of many others, to fundraise and fight rare cancers.

As fate would have it, the first day of registration for the 2016 rides fell on my last day of radiation treatment, and Team Pedaling Sunshine was born. Our team name was inspired by the bedtime song, “You Are My Sunshine,” which I sang to my sons every night. They were only two and six at the time of my diagnosis and they were the inspiration behind my battle.

With the support of her kids, Mead Leach also launched an annual kids event, The Sunshine Striders one-mile fun run.

Launching and managing Team Pedaling Sunshine was a bit like running a small business. In that first year, I recruited 10 local city captains, plus two regional captains, plus two affiliate captains. They helped me with planning, communications, and event-day logistics. Together, we recruited 190 riders, and armed them with tools to support their fundraising efforts (e.g. email and social media templates, ideas for local fundraisers, and lots of team swag).

With the support of my kids, I also launched an annual kids event, The Sunshine Striders one-mile fun run. Over the past four years, our fun run has seen a 60 percent increase in participation and has almost doubled its fundraising strength from $13,000 in 2015 to almost $25,000 in 2018. We’ve received support from town sponsors, event day presence from the local fire and police departments, coverage in local newspapers and magazines, and we even march in the fourth of July parade to promote our event.

The Cycle for Survival community is bound by the hope that we, as one team, will one day put an end to any suffering and sadness caused by cancer.

My initial fundraising goal was for each rider to raise $1,000. Simple multiplication allowed for tremendous fundraising potential, and my hopes and dreams were exceeded that first year when 190 riders raised over $257,000. In year two, we honed our fundraising skills further and raised over $270,000. And the story continues: 2019 was a record-breaking year for Team Pedaling Sunshine. We raised over $350,000, crushing the $1 million fundraising milestone in just four years!

While it may be my passion as a cancer survivor that is the driving force behind this team, I have merely created a vehicle through which others find comfort in doing something to fight this horrible disease—some as cancer warriors themselves, some as survivors, and some honoring and remembering others touched by cancer. The rides are fun and energetic, but I challenge you to find a rider who has yet to cry at these events. The Cycle for Survival community is bound by the hope that we, as one team, will one day put an end to any suffering and sadness caused by cancer.

The Tuck community, and especially the T’01 and T’02 classes, have been hugely supportive of me and Dave since my diagnosis, and so many have participated in the rides with us and donated to Team Pedaling Sunshine. Though we’ve tried through many emails, words cannot express our gratitude. If you’d like to learn more about Cycle for Survival or join Team Pedaling Sunshine, please contact me at kellyaleach@yahoo.com. 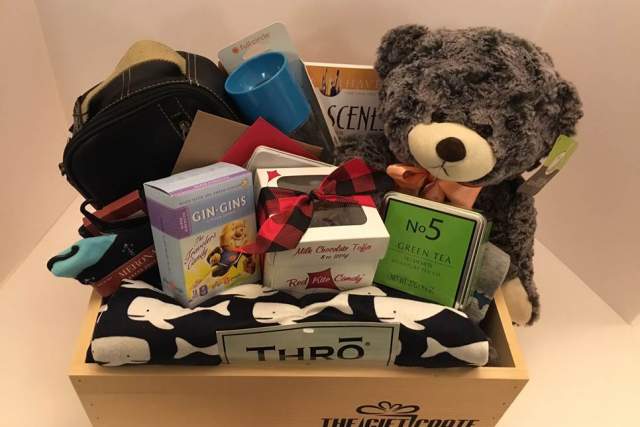 Dia Draper, director of strategic initiatives at Tuck, created a product to help people who, like her, have survived cancer.

As director of the Healthcare Transformation Lab, Eric Isselbacher MHCDS’13 is making health care more efficient, one solution at a time.