A Stress Test for the Euro

The European Union is bailing out Greece again. The bigger worry, says Tuck professor Espen Eckbo, is that Italy might be next. 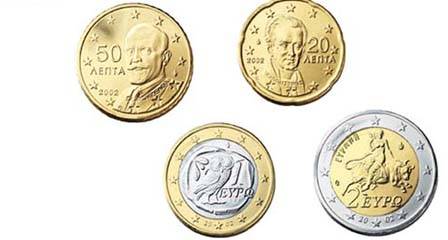 For the most part, the European Union has been a tremendous success. First it was a peace project, and there’s been no war on the continent since 1945. Then it was an experiment in free trade, and today there are fewer trade barriers in Europe than there are among the Canadian provinces. Lastly it was a currency club, and that’s where the problems began.

The clearest example of the snag is Greece’s ongoing sovereign debt crisis, where the failure of an economy the size of Maryland’s has spawned panic in global financial markets and costly bailouts from the EU’s more solvent members.

Amid the chaos, says Tuck Centennial Professor of Finance Espen Eckbo, who specializes in corporate governance and investment banking and is the founding director of Tuck's  Lindenauer Center for Corporate Governance, it is easy to forget that the European currency project is trying to do something very difficult—perhaps even impossible: institute a single currency across neighboring economies that differ greatly in culture, size, and economic productivity.

The Euro has worked quite well for Germany because it allows the country to use a currency that’s valued less than the Deutschmark otherwise would have been. That, in turn, has caused German exports to boom and produced prosperity for Germans. But it’s had the opposite effect on weaker economies, like Greece’s, for whom the Euro is overvalued relative to a separate Greek currency, and puts downward pressure on exports. However, Eckbo points out, “Germany is much bigger than Greece, so what Germany gains from the Euro is much more than what Greece loses.”

The quid pro quo is that, while Greece is forced to use overvalued money, it is part of a prestigious currency union and has access to cheap credit. Furthermore, Greece has the protection of countries like Germany and France if its gets into financial trouble because it can’t devalue its own currency in tough times. It’s a simple cost-benefit question for the EU powerhouses: will they gain more from exports than it costs to bailout smaller economies? So far, the answer has been yes. Germany understands this calculation well, which is why it is coming up with over 40 percent of the funds for the latest $600 billion bailout, and leading the effort to get the other EU members on board.

For Eckbo, the larger question is whether or not these bailouts represent a sustainable monetary policy for the EU. Currently, there’s a structural imbalance that allows countries such as Greece, with its rampant government corruption and inability to collect tax revenues, to borrow large sums against the good credit of the Euro. “The problem is a little like giving your kids access to your credit card,” says Eckbo. “They’re going to spend too much, as they don’t expect to have to pay the bill later.” If the EU can’t constrain these economies, Eckbo adds, “then the monetary union is not sustainable. If you bail them out without forcing them to change their behavior, then you’re just pumping money into a black hole.”

Granted, Greece has promised to implement austerity measures, and it has just levied a highly unpopular property tax. But Eckbo asserts that these efforts aren’t nearly enough—Greece, he argues, needs to grow its economy over the long term and limit government expenditures. Eckbo, however, doesn’t have much confidence that Greece can stay on track. Another solution, he explains, is to let the country default on its debt and perhaps even remove it from the EU currency union. Then Greece will face the high interest rates that reflect the state of its economy, and the political system will be forced to restructure.

“I think that’s the only way,” Eckbo says. “The model may be President Ford’s response to New York City when it asked for federal bailout funds in the 1970s: ‘Ford to City: Drop dead!’ It worked. The current bailout efforts in Europe have instead weakened Greece’s resolve to fix the economy and created systemic uncertainty throughout world financial markets.”

The most pressing question now is whether Greece’s fiscal woes are spreading to other countries. Certainly, other EU members have their own economic problems. Ireland has a reviving economy but its banking system is severely distressed. Portugal had a strong economy until recently, when some of its largest industries, such as cork, have been permanently downsized. Spain is in the middle of a real estate crash. But, Eckbo says, Italy is the biggest concern. The European Central Bank recently purchased bonds from the overly leveraged country to head off panic, and wants the new EU bailout fund—similar to the TARP fund in the U.S.—to be responsible for future cash infusions. There’s just one problem: the fund isn’t nearly big enough to bail out an economy as large as Italy’s.

So who will be left holding the bag? Not Germany in that case, says Eckbo. “The fundamental equation relating German export dollars to bailout funds is very different if Italy can’t pay back its debt,” he explains. “The European currency union stands or falls with Italy.”