The “Why Women Still Can’t Have It All” author on work-family balance.

Perhaps it’s a sign of the times. The most-viewed story ever on The Atlantic magazine’s website is a 13,000-word essay about how difficult it is for women to have a rewarding career and a fulfilling family life at the same time. The piece, which has been viewed more than two million times, was written in July of 2012 by Anne-Marie Slaughter—a Princeton University professor and former director of policy planning at the State Department—and given the attention-grabbing title of “Why Women Still Can’t Have It All.” With a combination of memoir and policy talk, it tells the story of her decision to leave her State Department job to spend more time with her teenage boys, and provides a prescription for more equality at work and at home 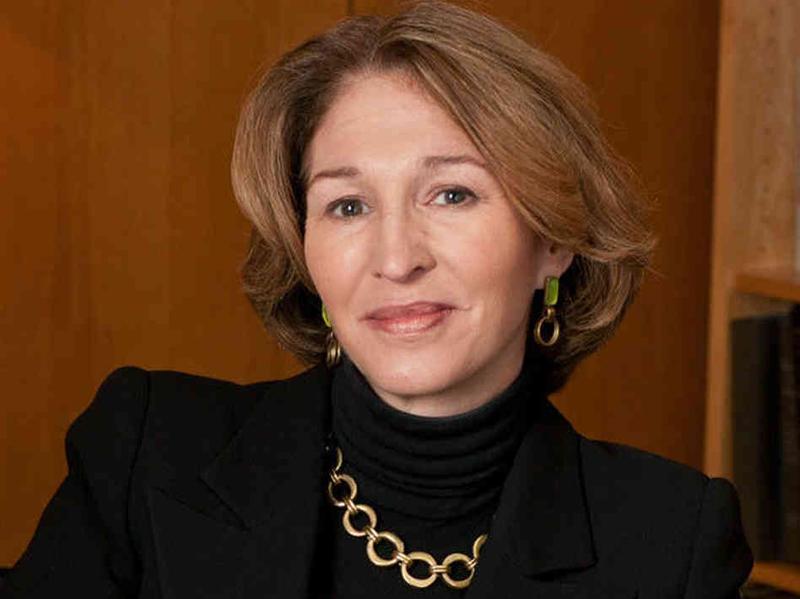 Slaughter, who visited Dartmouth and Tuck recently as part of the Leading Voices in Higher Education Speaker Series, assumed the article would resonate with a small population of women in the foreign policy community. On the contrary, “it really triggered a tsunami,” she said. “I caught what I think is a generational wave.”

Slaughter addressed a lively standing-room only crowd in Cook Auditorium to discuss the reactions to her essay and her suggestions for creating more gender equality in the workplace. Then she sat down with about 80 members of the Tuck community for a more intimate question-and-answer session, which was organized by Tuck’s Women In Business (WIB) club.

In addition to the thousands of comments, blog posts, and debates spawned by the essay, Slaughter has personally received hundreds of e-mails from people who wanted to share their thoughts on the topic. Those responses fall into three categories, she said, and were more generational than gender-based.

From people younger than 35, Slaughter heard gratitude for her courage in speaking out on an important but under-reported struggle for millions of families. The most poignant of these came from women who blamed themselves for not being able to simultaneously be at the top of the career ladder and the principal caregiver in their family. “It is not their fault,” Slaughter said. “The fault is that we have formal choices of equality, but we don’t actually have the social structures, the economic structures, and the political support that we need to support them.”

Slaughter also received criticism. Some people claimed she was “setting back the women’s movement by feeding a narrative that women are different from men, and if you hire a woman she will drop out and go take care of her family,” she explained. Others wrote to Slaughter to tell her she was “waving the white flag” and discouraging the younger generation. “Here’s what I say to all this,” she said. “This is a risk. It is possible this will set back the cause of male-female equality. But the transformation in my lifetime has been so enormous that I am confident we’ve gotten far enough to have this next round of the conversation.”

Finally, and unexpectedly, Slaughter heard from men. Some were older, who admitted not thinking about attaining work-family balance when starting their career, but want equal opportunity for their daughters. Young men wrote to say they want to be engaged fathers and spouses, but don’t know how to get the flexibility at work to make it possible.

“We know many of the answers: paid leave, flextime, daycare,” Slaughter said. Yet the number of women leaving the workplace to raise kids indicates that those solutions are not working. What we need is a cultural change, she asserted, where we start thinking about the world as a place where there are breadwinners and caregivers and it’s not assumed that those roles fall along gender lines. To that end, men need better choices just as much as women do. Slaughter also advised women to not drop out of the workforce when they have kids, but to keep working on a project basis, or as a consultant, and defer their full-time career until they are ready. “Stay in the game,” she said.

Regarding work-family balance, Slaughter said that family should come first, but that doesn’t mean work comes second. “Life comes together,” she said. If a parent can’t make it to work because there’s a snow day, for example, employers should allow the parent to stay home as long as the work gets done. “I think it’s perfectly possible to manage that way,” Slaughter said.

At the private question-and-answer session with Tuck students, faculty, and staff, Slaughter greeted an audience eager to hear her advice. “I think our classmates are all really grappling with the work-life balance issue,” said Jamie Lippman T’13, the former president of the WIB club. “I liked that she’s encouraging us to have a longer-term perspective about our careers; that we don’t have to accomplish everything by the time we’re 40.”

Lippman said that Slaughter’s confident presence at Tuck sets a good example for how women should strive to be. “If I could leave Tuck having accomplished one thing,” she said, “I’d want every single female to leave more confident than when they got here.”

The annual Women In Business Conference addressed that topic last fall, where the theme was “Be Your Own Champion.” The conference featured keynote speeches by female alumni who are senior executives, as well as workshops on leadership and self-advocacy.

Anne Duggan T’13 was a co-chair of the conference and is doing an independent study at Tuck about women in finance. She appreciated Slaughter’s message about changing the social structure and found it an interesting counterpoint to Facebook COO Sheryl Sandberg, whose book “Lean In” argues that women should be more assertive in the workplace.

“That Dartmouth and Tuck are fostering this discussion with a person as accomplished as Slaughter is important for creating awareness,” Duggan said. “And it was a great example of the access you get at Tuck. I mean, Anne-Marie Slaughter sat in a chair and answered our questions. That’s amazing.”