At COP21, a Landmark Learning Experience 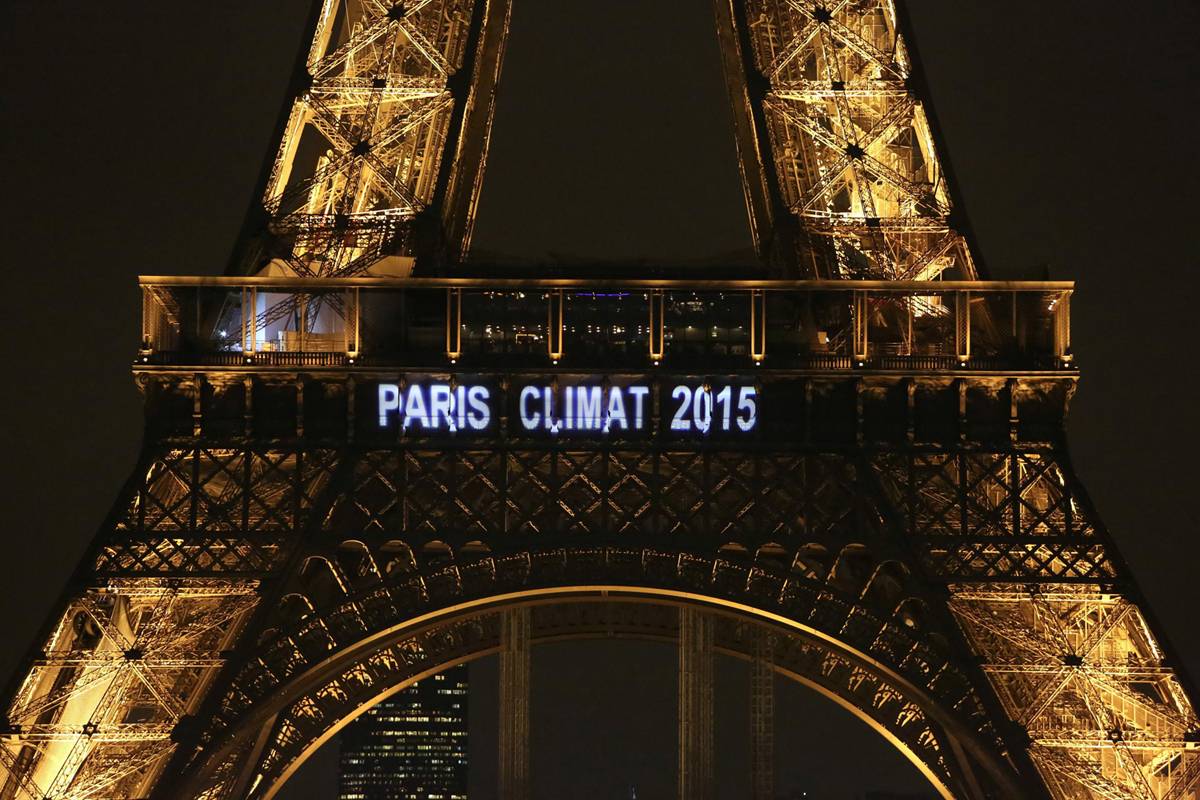 At the Paris climate talks in December, second-year Tuck students Nell Achtmeyer and Kelsey MacEachern were walking through a sea of diverse faces and past international negotiation rooms when they heard a woman announcing an imminent press conference. The students flashed their badges and walked through the open door.

“We were surprised they let us in,” says Achtmeyer, who is interested in climate finance, environmental conservation, and corporate responsibility. “When we sat down, we realized what a momentous press conference we had stumbled upon.” At the front of the room, former New York City mayor Michael Bloomberg and Mike Carney, the governor of the Bank of England, announced a voluntary private-led task force to determine standard metrics investors could use to assess a company’s exposure to climate risk. Achtmeyer and MacEachern listened as reporters from the Financial Times and The Economist asked questions and took notes. It was a rare opportunity, says Achtmeyer, to rub shoulders with senior professionals at a high-profile event on the world stage.

The event was one of many breakout sessions, roundtable discussions, and press conferences that happened behind the headline-making COP21 negotiations in Paris. And it was one of many glimpses four Tuck students, MacEachern, Achtmeyer, Patrick Turevon T’16, and Christine Hou T’15 experienced as official observers at the talks, part of a program run through the Center for Business & Society at Tuck.

“Invariably people do a double take and say what the heck is a business school doing there?” says Anant Sundaram, the Tuck faculty member who founded and advises the program. But “why not give business school students an opportunity to be at the center of countries negotiating on what is arguably the most important issue of our times?”

In 2009, inspired by his own interest, Sundaram began teaching a course on business and climate change, the first of its kind in a U.S. business school. In the class, he argues that it is not countries but businesses and individuals that produce the emissions that lead to climate change, and that corporations must lead the charge toward solutions, developing efficiency technologies, non-carbon-emitting sources of energy, and carbon capture and sequestration systems.

The idea to send students to the climate talks naturally arose out of Sundaram’s course, and since then, students have attended summits in Copenhagen, Warsaw, Mexico, and Doha.

“If science is to be believed—and it is—this is a phenomenon that will come to pass in the career lifetimes of our MBAs,” says Sundaram, “and that explains why it’s such a critically important topic vis-a-vis corporations—and why there’s such wonderful student interest.”

December’s summit was arguably the most exciting climate conference Tuck students have attended so far. Under the Paris agreement, 195 nations agreed to reduce greenhouse gas emissions enough to limit the average global temperature rise to 2 degrees Celsius, an accomplishment that has been widely applauded even if the implications remain uncertain.

“I don’t know how much it changes the day to day, agreeing on a target, and there’s always the question of how binding it is, but at the very least it’s a starting point,” says Patrick Turevon T’16, who interned at Goldman Sachs last summer, will be going back this summer, and hopes to eventually work in renewable energy financing. “It’s further than we were a month ago.”

In January, the students who attended the talks will host a fireside chat and share their experiences, including tales of hybrid buses, massive security operations, and bicycle-powered device-charging stations, as well as what they learned about climate-related financing and carbon-pricing systems.

“The sense we got in Paris is that change to business as usual is coming and as future business leaders, MBA students should start thinking about how they’re going to encounter these questions of how to operate in a low-carbon world,” says Achtmeyer. “The implications [of the climate talks] for the larger business community probably exceeded my expectations in a hopeful way. I loved feeling that this topic would be more central in the dialogue between business leaders moving forward.”

Later in the winter and spring, the Center for Business & Society will also host outside speakers to fuel the conversation on climate change among students.

“The issue of climate change is an issue of global concern that’ll be a challenge for business leaders today and in the future,” says Merritt Patridge T’13, interim director of the Center for Business & Society. “So bringing students into that dialogue of how we’re to address that key global issue is really important, especially as it pertains to our mission to prepare wise leaders to become the difference in the world of business and beyond.”