The department store has scrapped its endless promotions and given itself a makeover. Marketing professor Scott Neslin is guardedly optimistic.

As you may have noticed, there’s something very different about J.C. Penney these days. It’s sporting a sharp, redesigned logo—a square bathed in red, white, and blue, with the diminutive “jcp” letters in one corner. 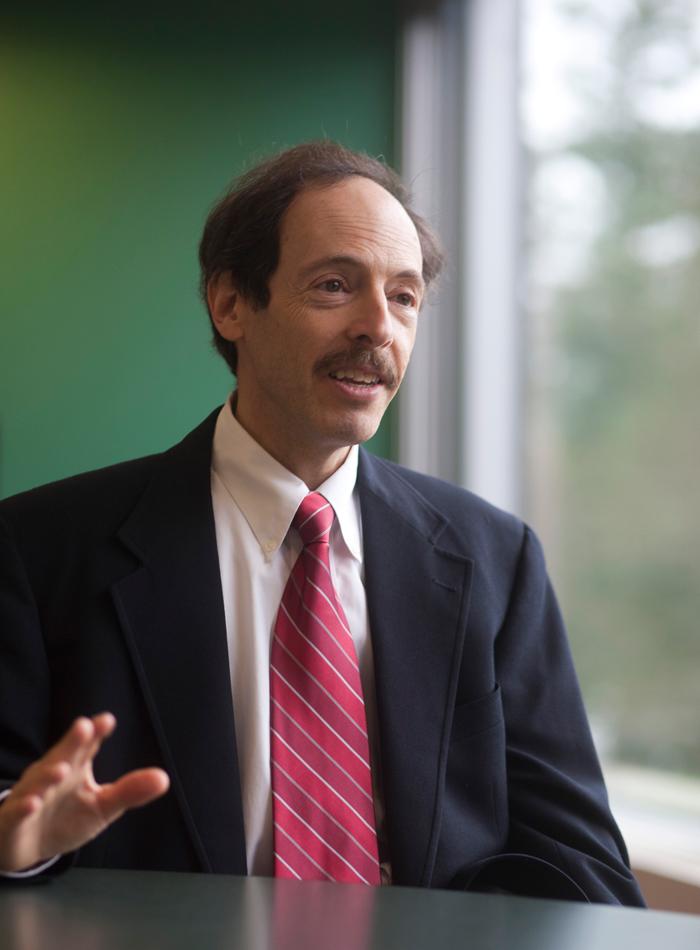 A new advertising campaign features Ellen DeGeneres, with color-splashed commercials poking fun at the ridiculous midnight blowout promotions and coupon frenzies that beg people to open their wallets. And it has initiated a “fair and square” three-tiered pricing system: everyday, monthly specials, and clearance.

For Scott Neslin, the Albert Wesley Frey Professor Marketing, that last change is the most interesting and significant. Neslin teaches a course on sales promotion, and has researched the impact of promotions in a variety of industries. “Over the last few years, promotions have gotten out of hand, especially price promotions or sales,” he says. “If you use them in moderation, they can generate incremental sales and profits. But if you overuse them, they erode brand loyalty and the reference prices customers expect to pay.”

J.C. Penney learned that lesson the hard way. For years, the company had been on a promotion binge, offering 590 distinct sales in 2011 and garnering 70 percent of its revenue from products sold at a discount of at least 50 percent. Yet with all those great deals, the average Penney customer only visited a store four times last year. “So customers ignored us 99 percent of the time,” said CEO Ron Johnson, who oversaw Apple’s retail division before joining J.C. Penney in the fall. The “fair and square” pricing strategy is the company’s attempt at restoring some sanity to the way it relates to customers.

The promotion madness that weakened J.C. Penney began at least 10 years ago, Neslin says. Before that, department stores ran big sales just a few times per year, associated with holidays or at the end of a season to clear out old merchandise. But as competition among the mid-range outlets intensified, retailers used promotions more frequently to grab each other’s customers. One week, for example, Kohl’s would have a sale on cashmere sweaters, and the next J.C. Penney would mark down winter jackets. Some of Kohl’s sales would come from J.C. Penney customers, and vice versa.

“There’s not very high store loyalty in this market,” Neslin explains, “so it’s natural that stores will use promotions to attract customers.” If managers are forward thinking and include a healthy dose of non-price promotions—things like in-store fashion shows, free coffee—profits may not erode. However, the price-promotion process can easily turn into a race-to-the-bottom, training customers to think the value of a cashmere sweater is $20 and to seek that price wherever they can find it. The rise of Internet retailing, which made comparison shopping easier and gave retailers another way to communicate with their customers, intensified the promotion wars. The global recession did too.

Neslin has some advice for retailers trying to kick the promotion habit: do it gradually. Otherwise, “customers suffer sticker shock,” he says. For evidence he points to Procter & Gamble, which in the early 1990s abandoned coupons and decreased the use of other promotions on a range of its products in implementing an “everyday low pricing” (EDLP) policy. Ostensibly, the new pricing strategy was based on the principle of value— then-CEO Edwin Artzt felt that consumers could no longer be expected to subsidize costs that weren’t manifested in the products, and since excessive promotions hurt brand loyalty, cutting back on promotions would increase loyalty. Neslin, along with fellow Tuck marketing professor Kusum Ailawadi and co-researcher Donald Lehmann, studied the fallout from this strategy in a 2001 paper published in the Journal of Marketing. They found that P&G lost market share because fewer people bought P&G brands, and those who were left were hardly more loyal than before. After five years of the EDLP strategy, P&G scrapped it and went back to offering coupons and other promotions.  But the episode spurred conversation on how to promote strategically. “Many consumer packaged goods companies are getting it right nowadays,” Neslin says. “They’ve been in the business of price promotion for so long that they’ve learned how to use promotions effectively.”

In a statement eerily similar to Artzt’s, Penney CEO Johnson told the Associated Press that its new pricing strategy “is actually a pretty simple and straightforward thing. Customers will not pay literally a penny more than the true value of the product.” Neslin thinks Penney’s three-tier system is a step in the right direction, but that it’s still a bit complicated and was implemented too soon. While the three price levels might sound simple, the clearance  sales—“Best Price Fridays”—happen on the first and third Fridays of every month. “What are we training the customers to do?” Neslin asks. “If we’re training them to wait for best Fridays, I don’t quite get it.”

To counteract the speed with which J.C. Penney has ushered in a new pricing system, it has spruced up its product offerings and refreshed its advertising campaign. The company also plans to turn its 1,100 stores into spaces for up to 100 boutiques featuring different brands, and remake the center of each store into a sort of town square where people can go for both goods and services. “We are going to make the store a place people love to come—just to come,” Johnson said. “We’ll transform the buying experience not unlike what we did at Apple.”

That sort of passion sounds promising to Neslin. “This is what you need to effect change: someone who does something not just because the data are saying to do it, but because he or she believes in it,” he says. “But in order to pull this off, you need to have really good products and a stand-out advertising campaign.” Only time will tell if J.C. Penney can rescue itself from the clearance rack.