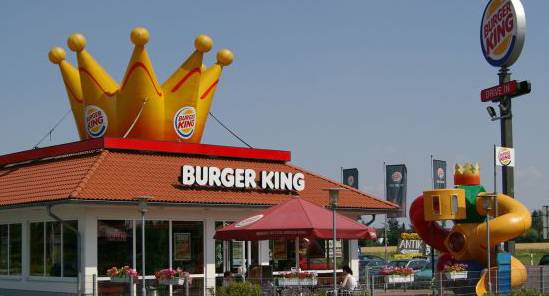 Earlier this month, Burger King rolled out the biggest overhaul to its menu in the company’s 58-year history. Replete with “better-for-you” options like real-fruit smoothies, garden-fresh salads, and chicken snack wraps, the menu is designed to lure more women, children, and families into the restaurants and, just maybe, regain the franchise’s No. 1 spot in the fast-food rankings. Burger King lost that position to Wendy’s last year and has been struggling for a long time to differentiate itself from the true king of the burger joints: McDonald’s.

But after the wrapper came off the new offerings, and after the company announced an advertising campaign featuring Jay Leno, David Beckham, and Mary J. Blige, marketing professor Peter Golder was not impressed. His main question: “What is it about Whoppers that gives you the credibility to sell garden fresh salads and smoothies?”

Golder, who has researched enduring market leadership and the fast-food industry, says Burger King’s new persona lacks authenticity because it wasn’t built on a strong brand foundation. Indeed, Golder says, Burger King “is one of the more poorly managed brands of the last three decades, at least.”

What happened? According to Golder, the problem is that Burger King has been passed from owner to owner, none of whom seemed to be in the game for the long term. And that’s probably the case with the current owner, private-equity firm 3G Capital, which bought the company in 2010 and has already announced its intentions to partner with an investment fund and go public. “If you want to manage your business for customer value,” Golder asserts, “you don’t want to appear anxious for a quick buck.”

It’s not as if Burger King has a dearth of brand equity. From the beginning, the restaurant has been the home of the “flame-broiled” burger. But instead of nurturing that image, the company has experimented with ridiculous characters like “Sir Shakes a Lot,” the “Wizard of Fries,” and most recently, the “Subservient Chicken,” a web marketing boondoggle where a man in his living room orders around a person in a chicken costume. The tagline: “Chicken the way you like it.”

According to Golder, these diversions were a waste of time and money. “Long term equity is built around food, or the dining experience. That’s the great thing McDonald’s has built,” he says. “Burger King is more built around, ‘Look at me as I flap my arms around and get attention.’” If Burger King had invested more in communicating the quality of the food—and “flame-broiled” fits in that category—it would have a firmer platform on which to add new items.

Even more valuable than the “flame-broiled” brand is the trademarked slogan, “Have it Your Way,” which Burger King introduced in 1974. Type those words into Google and the first search result is Burger King. But if you perform the same search on Burger King’s homepage, nothing comes up. “That, to me,” says Golder, “means they don’t know what they’re doing.”

“Have it Your Way” is actually a brilliant brand, because it’s so broad. It’s not about burgers or fries or chicken, but food and the dining experience in general. In that way, it’s similar to McDonald’s corporate model of quality, service, cleanliness, and value. Both are big tents under which the companies can fit almost anything. “If Burger King stuck with ‘Have it Your Way,’” Golder says, “they’d have a platform on which to build new menus and the credibility to try something different.”

Take the current menu revamp, with its focus on freshness and healthier food. “Have it Your Way,” could reasonably include those qualities, because that’s what people are looking for these days. McDonald’s and Wendy’s responded to this shifting demand years ago and have been successful for two reasons: the quality of the food, and strong brand equities that allowed for improvisation. However, Burger King has neglected the “Have it Your Way” brand, so today it’s being labeled a McDonald’s copycat. “If Burger King had shown legitimacy from several decades of supporting “Have it Your Way,” it would be harder to say it’s just copying the competition today,” Golder says.

Golder hasn’t written off Burger King completely. He points out that Howard Johnson’s was the most popular fast food franchise in the mid-1960s. Then came McDonald’s, with its wondrous efficiencies and value. Even today, there are opportunities to disrupt the industry structure. “Food freshness is not what you think of when you think of McDonald’s or Wendy’s,” Golder says. “It’s not a space they own.” Burger King could own that space by building on the brand equity of the flame-broiled burger and “Have it Your Way,” becoming the fast-food symbol for food quality, freshness and premium ingredients.

This strategy would work internationally, too, where most of the growth in this industry is happening. Building a brand around quality and freshness makes it possible to serve any kind of food, whether its burgers or lentil-based snacks.

“The pieces are there,” Golder says of Burger King’s brand. “I just think it’s been poorly executed and they’ve gone for the quick fixes.”