Dean Matthew J. Slaughter announced the appointment of Brian Tomlin, along with the promotion of five other professors, and three new emeriti professors, in an email to the community. 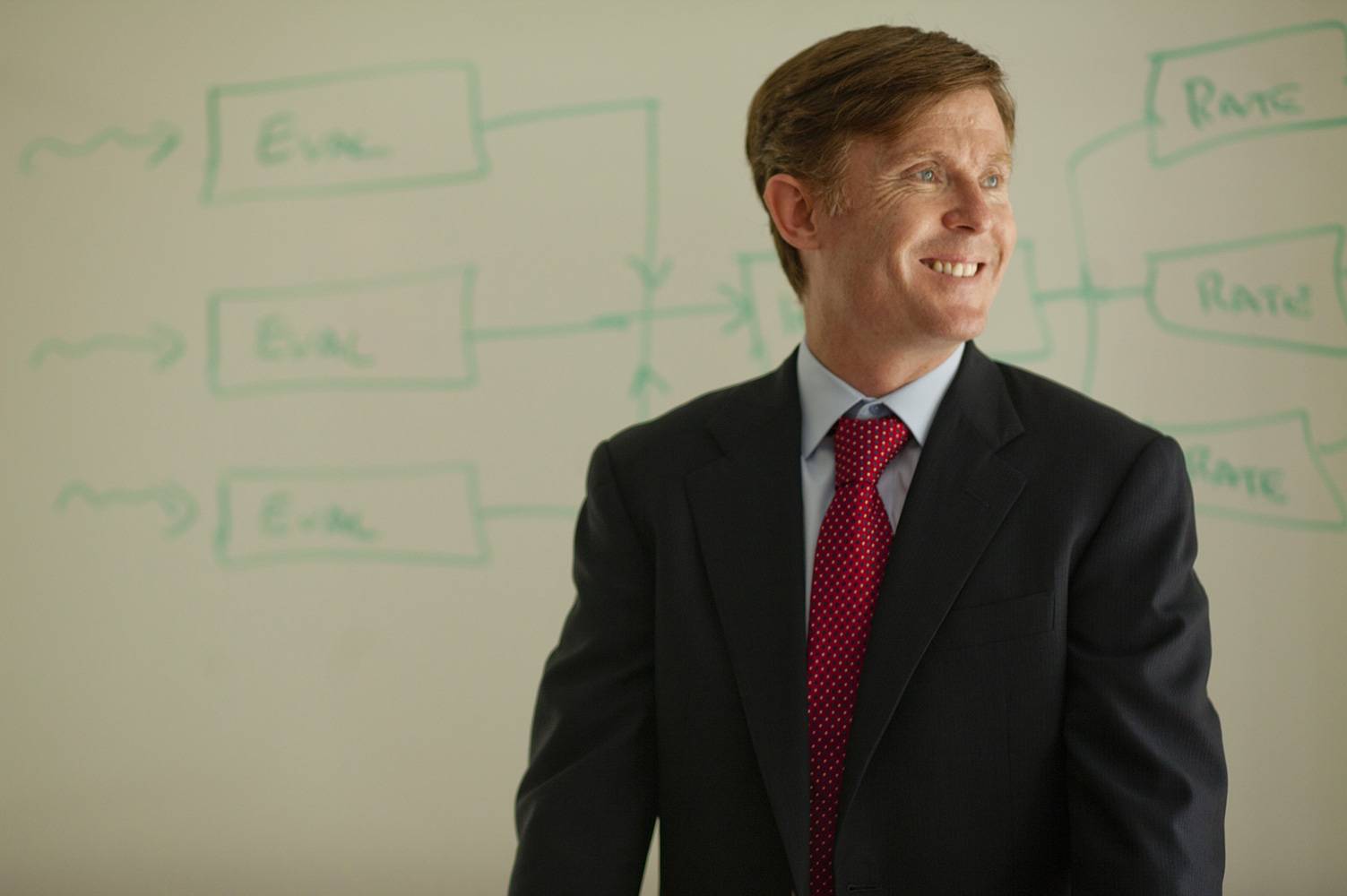 Brian is one of the world’s foremost experts in the field of supply-chain management.

Named the William and Josephine Buchanan Professor of Management

Brian Tomlin, currently Professor of Business Administration at Tuck, has been named the William and Josephine Buchanan Professor of Management.

Brian is one of the world’s foremost experts in the field of supply-chain management, known both for the quality of his scholarly work and its real-world impact. Brian’s research focuses primarily on supply-chain risk management, with particular attention to managing disruptions in the supply chain. His research explores several ways of mitigating supply chain disruptions, including holding more inventory, diversifying suppliers, and buying insurance. His most recent work focuses on co-product technologies—production processes that result in different outputs.

Brian has 19 publications, most of which have appeared in top journals such as Management Science, and has been a finalist for three best paper awards, winning once. His work also has direct and meaningful implications for practitioners, a hallmark of excellence for business school scholarship.

Brian’s stature and impact within his field is further reflected in the many editorial positions he has held at top management journals. Currently he serves as department editor at Manufacturing and Service Operations Management.

Brian also excels in the MBA classroom. He is this year’s recipient of the Class of 2011 Teaching Excellence Award for his core Operations Management course. Brian also teaches the popular Operations Strategy elective at Tuck.

Brian joined Tuck in 2009 as a tenured associate professor and was promoted to full professor in 2014. He holds a Ph.D. from the MIT Sloan School of Management and a B.E. from Ireland’s University College Dublin. 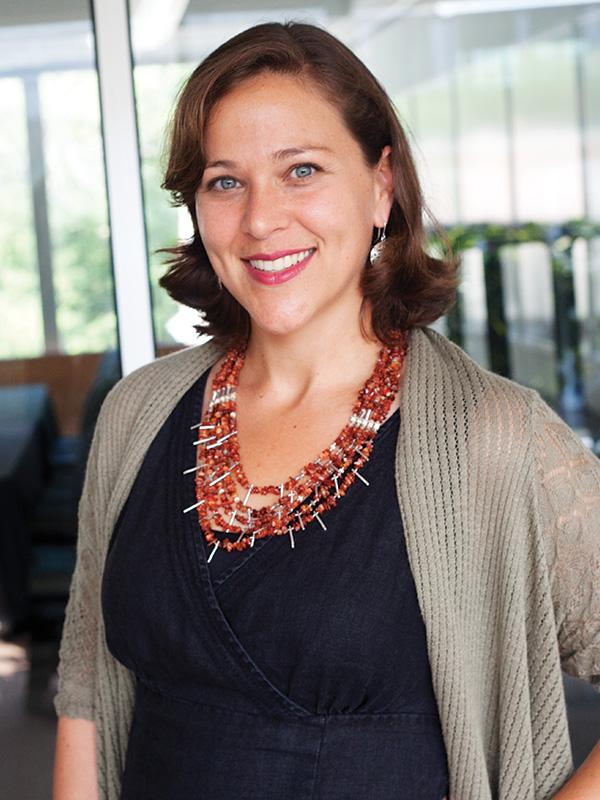 Emily Blanchard, a highly regarded international trade economist, was awarded tenure by the Dartmouth College Board of Trustees.

Emily’s research focuses on the relation between trade policy and globalization; the dynamics of the political economy on globalization; and the interaction between international trade and the education choices of individuals. Her main research agenda is focused on linkages between country-level trade policy and the choice by firms to fragment production across borders. Emily was the first scholar to introduce cross-border production fragmentation as a potential determinant of trade policy.

Of keen interest to scholars, practitioners, and policymakers alike, Emily’s work has appeared in the world’s top journals of international economics and policy, with which she has held several editorial positions. Emily has presented her research at major international economics and policy conferences and the National Bureau of Economic Research (NBER) and has provided policy advice and expert testimony to government agencies. Recently, she was appointed as a research fellow at the prestigious Center for Economic and Policy Research —the European equivalent of the NBER—an honor rarely given to U.S. scholars.

At Tuck, Emily teaches the core course, Global Economics for Managers, and a Research to Practice Seminar on firms and trade policy. Her contributions to the Tuck community extend into the realm of experiential learning as well. In 2017 she co-led a Global Insight Expedition to Mississippi focused on regional economic development. That same year students awarded her with the Class of 2011 Teaching Excellence Award for her contributions to the core curriculum.

Emily joined Tuck in 2011 as an assistant professor in the Economics group. She holds a doctorate from the University of Wisconsin and an A.B. from Wellesley College. 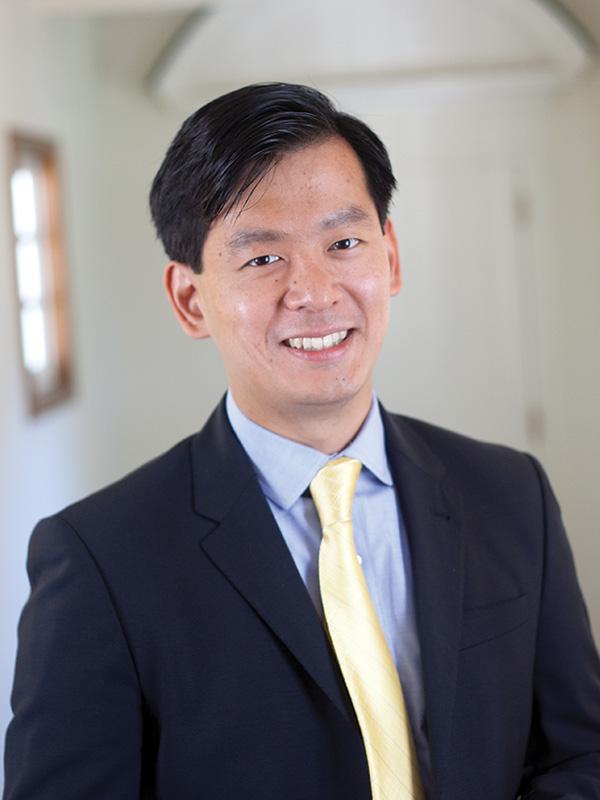 Much of Ing’s research focuses on or is inspired by recent developments in financial markets, including the financial crisis of 2008. There is an important and unresolved debate about the underlying drivers of the financial crisis. One view holds that bad incentives were responsible for risk-taking. Another holds that the crisis was largely driven by mistaken beliefs. Ing-Haw’s research provides the most compelling evidence to date in favor of the latter.

Ing excels in the classroom as well. In April Poets & Quants named him one of the “40 Best Business School Professors Under 40.” 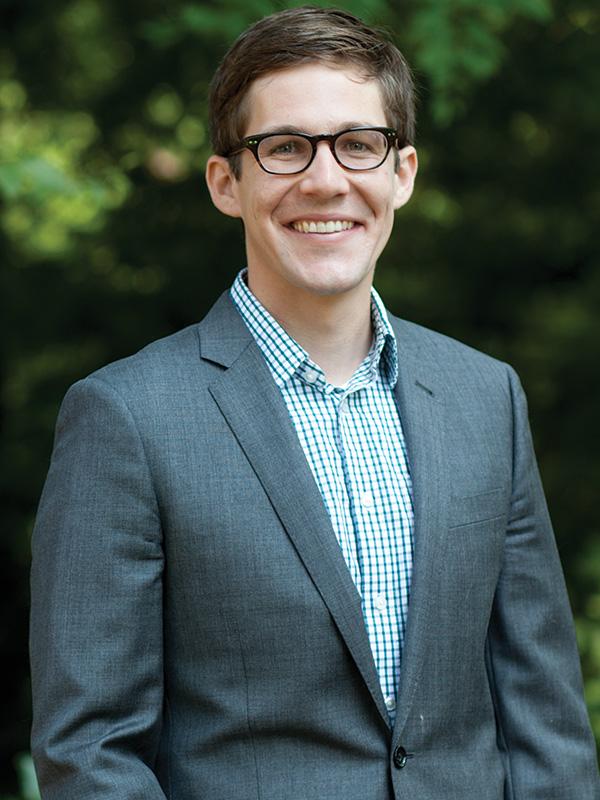 Dan Feiler has been promoted to associate professor (without tenure). Dan joined the Strategy and Management group at Tuck in 2014 as an assistant professor following two years as a post-doctoral fellow at Tuck. He currently teaches the popular Negotiations elective course.

Dan holds a Ph.D. in business administration from Duke University and a B.S. in decision science and economics from Carnegie Mellon University.

Dan’s research focuses on how individuals learn from experience in managerial settings. In particular, he studies how people put too much weight on the sample of data they have, failing to recognize that the sample itself may be unrepresentative of the underlying population. His work has been published multiple times in both Management Science and Psychological Science, and in the Journal of Experimental Social Psychology and Production Operations Management.

Dan is the 2015 recipient of the Class of 2011 Teaching Excellence Award for his elective course, and was named one of the “Best 40 Business School Professors Under 40” by Poets & Quants. 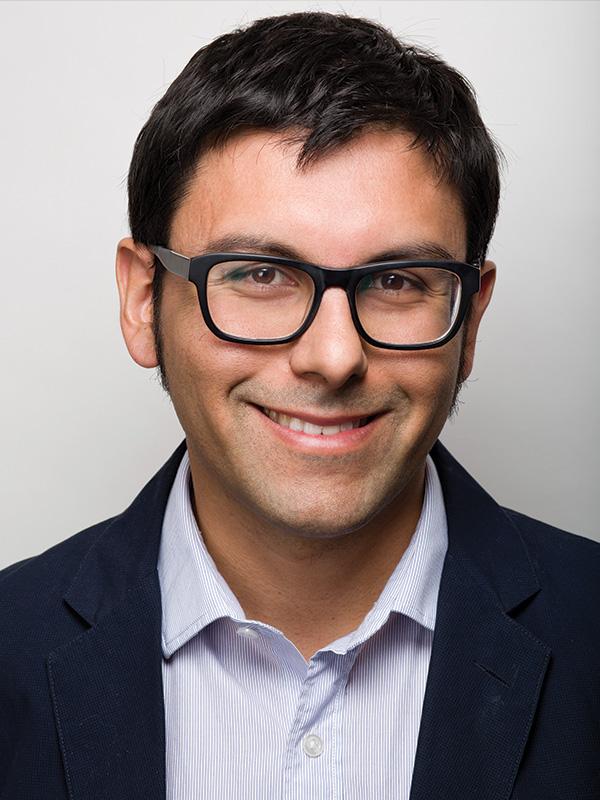 Felipe Severino has been promoted to associate professor (without tenure). Felipe joined Tuck in 2014 as an assistant professor in the finance group. He currently teaches the core Corporate Finance course in the MBA program and the finance course in the Master of Engineering Management program. He holds a Ph.D. in financial economics from the MIT Sloan School of Management and an MSc and BSc from Pontificia Universidad Católica de Chile.

Felipe’s research explores the impact of household finance from a number of angles, including the impact of house prices outside of the housing sector on entrepreneurship; the impact of regulatory laws on personal borrowing and access to credit; and defaults and delinquencies in the U.S. housing sector. Of interest to academics and public policymakers alike, Felipe’s data-intensive work is modeled on how financial economic decisions by rational households have a broader impact on the economy and individuals. 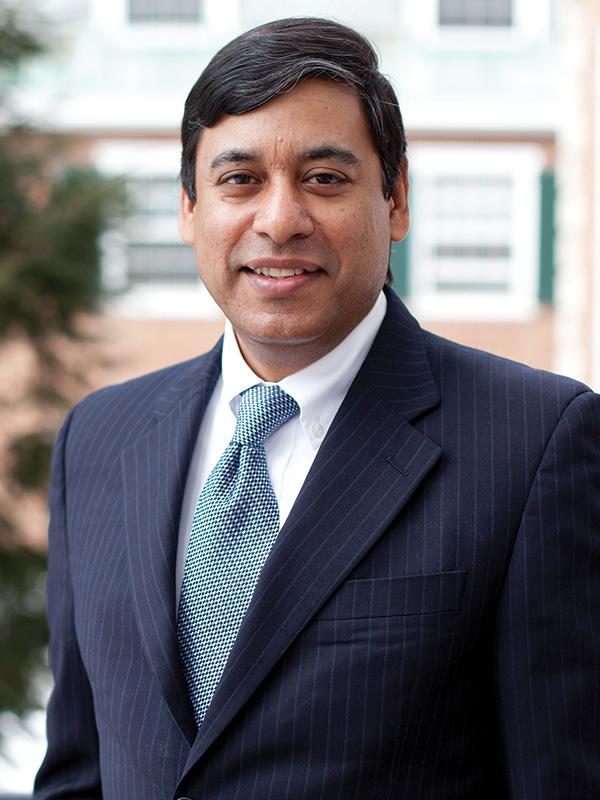 Anup Srivastava has been promoted to associate professor (without tenure). Anup joined Tuck in 2014 as an assistant professor in the Accounting group, and has since taught courses in financial statement analysis in the MBA program and the financial accounting course for Dartmouth undergraduates.

Anup’s early research focused on economic incentives for misstated financial statements. He found, for example, that CEOs holding large in-the-money stock options that result from overvalued equity are more likely to misstate firms’ financial performance. A major theme of his most recent scholarly work explores how the evolution away from physical assets toward intangible assets in the U.S. economy has influenced what at first appears to be a change in accounting attributes such as earnings quality.

Anup holds a Ph.D. in accounting from Texas A&M University; an MBA from the University of Delhi; and a bachelor of technology from the Indian Institute of Technology.

The Dartmouth College Board of Trustees has granted emeritus or emerita status to the following Tuck faculty members: 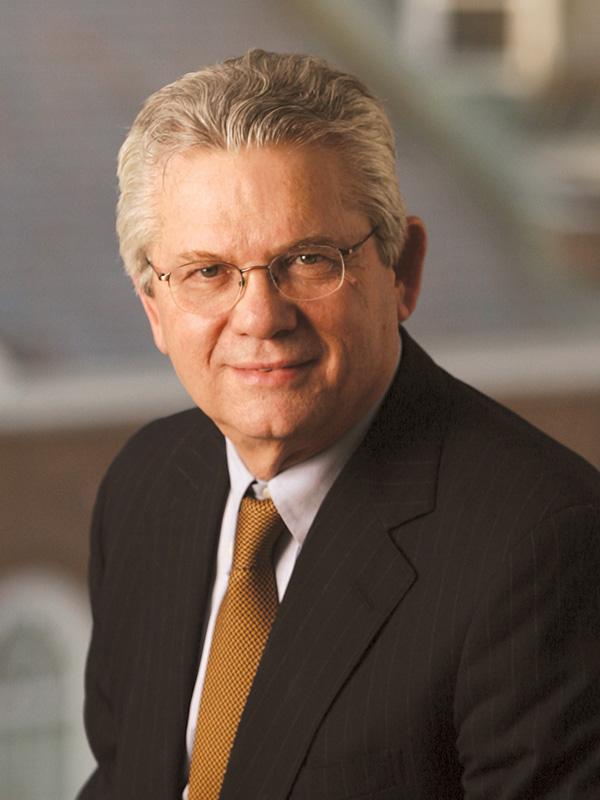 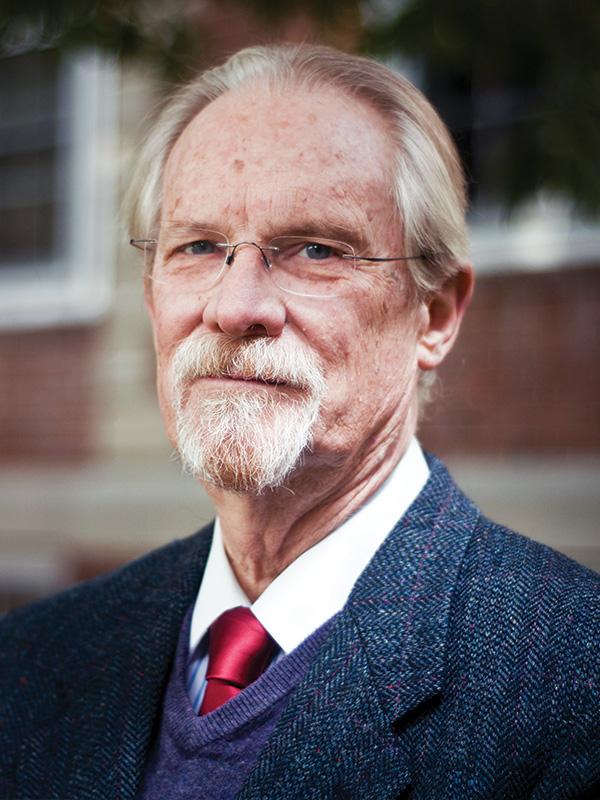 Colin Blaydon has been appointed the William and Josephine Buchanan Professor of Management Emeritus. Colin joined Tuck as dean in 1983, serving in that role until 1990 and again as interim dean during the 1994-95 academic year. In 1995 Colin was named the William and Josephine Buchanan Professor of Management. His research since then has focused on issues involving venture capital and private equity, with an emphasis on presenting academic ideas to a professional audience. His work has been published in top professional journals, including Venture Capital Journal and Private Equity International. Colin is currently working with Tuck Associate Professor of Business Administration Steve Kahl on a history of venture capital in the United States. Colin is the founding director of Tuck’s Center for Private Equity and Entrepreneurship and currently dean emeritus. For many years he taught the popular Private Equity Finance elective in the MBA program. 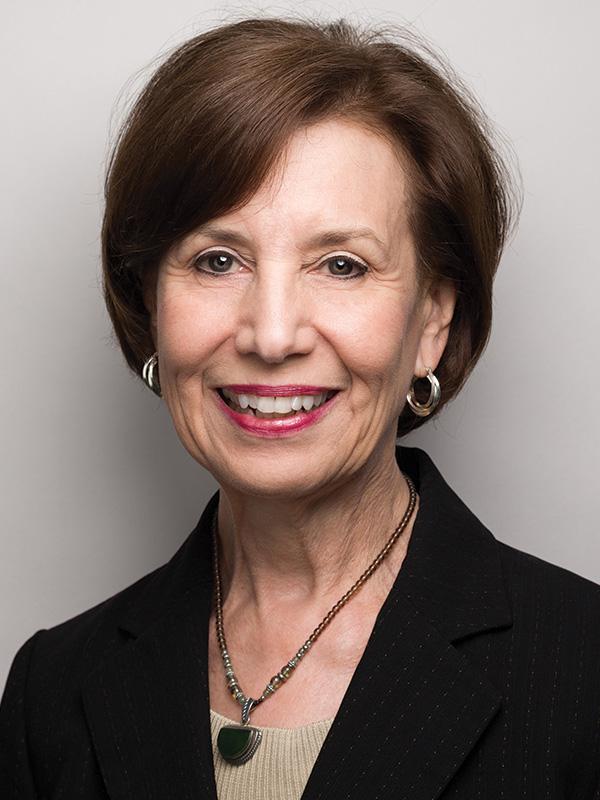 Margaret Peteraf has been appointed the Leon E. Williams Professor of Management Emerita. Margie joined the faculty at Tuck in 2000, serving most recently as the Leon E. Williams Professor of Management. Her research on strategic group identity, the resource-based view of competitive advantage, and firm dynamic capabilities has been published in the top academic journals in the field, including Strategic Management Journal (SMJ). Margie has written several books, among them Dynamic Capabilities—Understanding Strategic Change in Organizations. She is the 1999 recipient of the Dan and Mary Lou Schendel Best Paper Prize for her 1993 paper, “The Cornerstones of Competitive Advantage: A Resource-Based View.” Among her many appointments, Margie served as chair of the Competitive Strategy Interest Group and is presently a member of the Strategic Management Society Fellows Group. She currently serves on the editorial boards of nine publications, including Strategic Management Journal, the Academy of Management Review, and Organization Science. She taught the core strategy course to both Tuck MBA students and Dartmouth undergraduates.

New Appointments in the Deanery

Charles Henry Jones Third Century Professor of Management Punam Keller has assumed the new role of Deputy Dean at Tuck and Connie Helfat, the J. Brian Quinn Professor in Technology and Strategy will serve in the newly-created position of Associate Dean for Research Innovation. 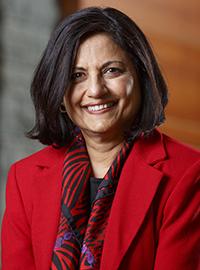 Punam’s efforts in bringing a thriving Next Step program to life; designing and implementing a new strategy for Tuck Executive Education; and innovating around the Business Bridge concept have strengthened Tuck in ways both large and small. In her new role, Punam will continue this important work while also overseeing our faculty—a broadened scope that will create even greater connectivity between our innovations in the pre- and post-MBA space and the research and teaching endeavors of our vibrant scholar-educators. 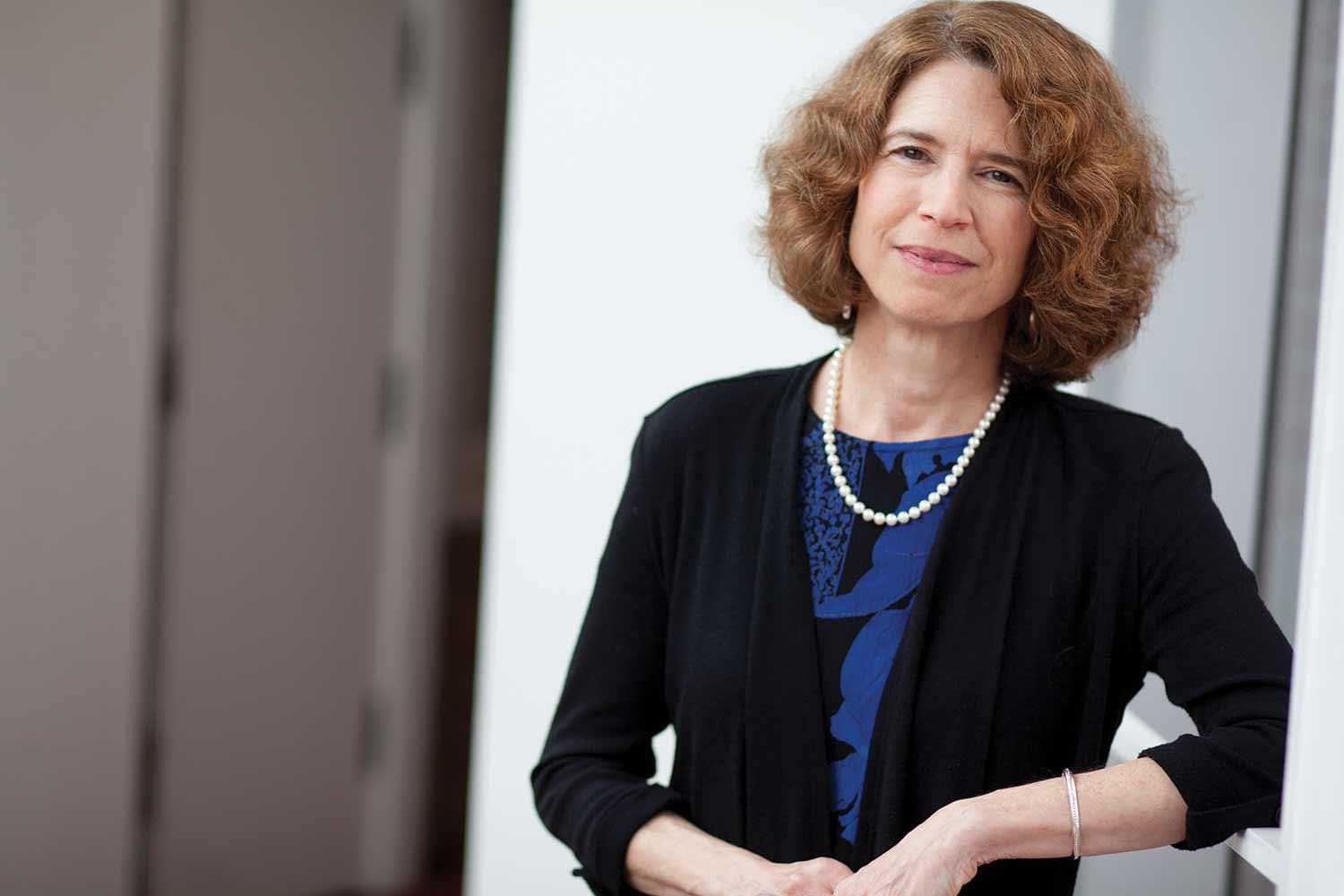 With a distinguished record of her own in research innovation, Connie is uniquely suited to help advance Tuck’s research profile. In her role as Associate Dean for Research Innovation, Connie will work to develop ways to increase research energy and presence at Tuck—as a means to strengthen both the reputation and impact of Tuck faculty scholarship and to enhance its ability to attract and retain a dynamic faculty of the future.

All appointments are effective July 1, 2018. 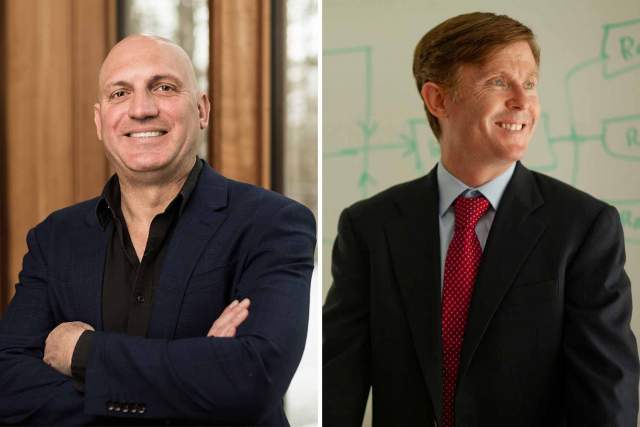 How E-Waste Encourages Competitors to Collaborate