Fifteen years and countless imitators later, Tuck's pioneering Business Bridge Program continues to give undergraduates the tools to chart their own paths. And often they lead back to Tuck.

When Dean Paul Danos arrived at Tuck in 1995, he recognized an opportunity to establish a unique new program. Many graduates of the Ivy League and other top-tier universities were destined for careers in business, yet they were leaving those institutions with little or no business training. Danos saw a need for an intensive business-oriented program to augment the excellent liberal arts education that schools like Dartmouth provide, recalls Senior Associate Dean Robert G. Hansen, whom Danos tapped along with marketing professor Scott Neslin to help develop the new Business Bridge Program.

"His idea was to take these great undergraduate liberal arts students who are going to end up in business, and give them enough business training so that they can get a job, be effective at that job, and decide whether a career in business is what they want," Hansen says. That idea ultimately became Tuck's Business Bridge, which recently celebrated its 15th anniversary.

When it debuted in the summer of 1997, no comparable program existed. Some schools offered Bachelor of Business Administration degrees, and many colleges and universities offered undergraduate business courses. But there was nothing quite like Bridge, an intensive summer course for rising juniors, seniors, and new college graduates. The program provides students with core business skills in a condensed version of the project-based group learning for which Tuck is renowned. 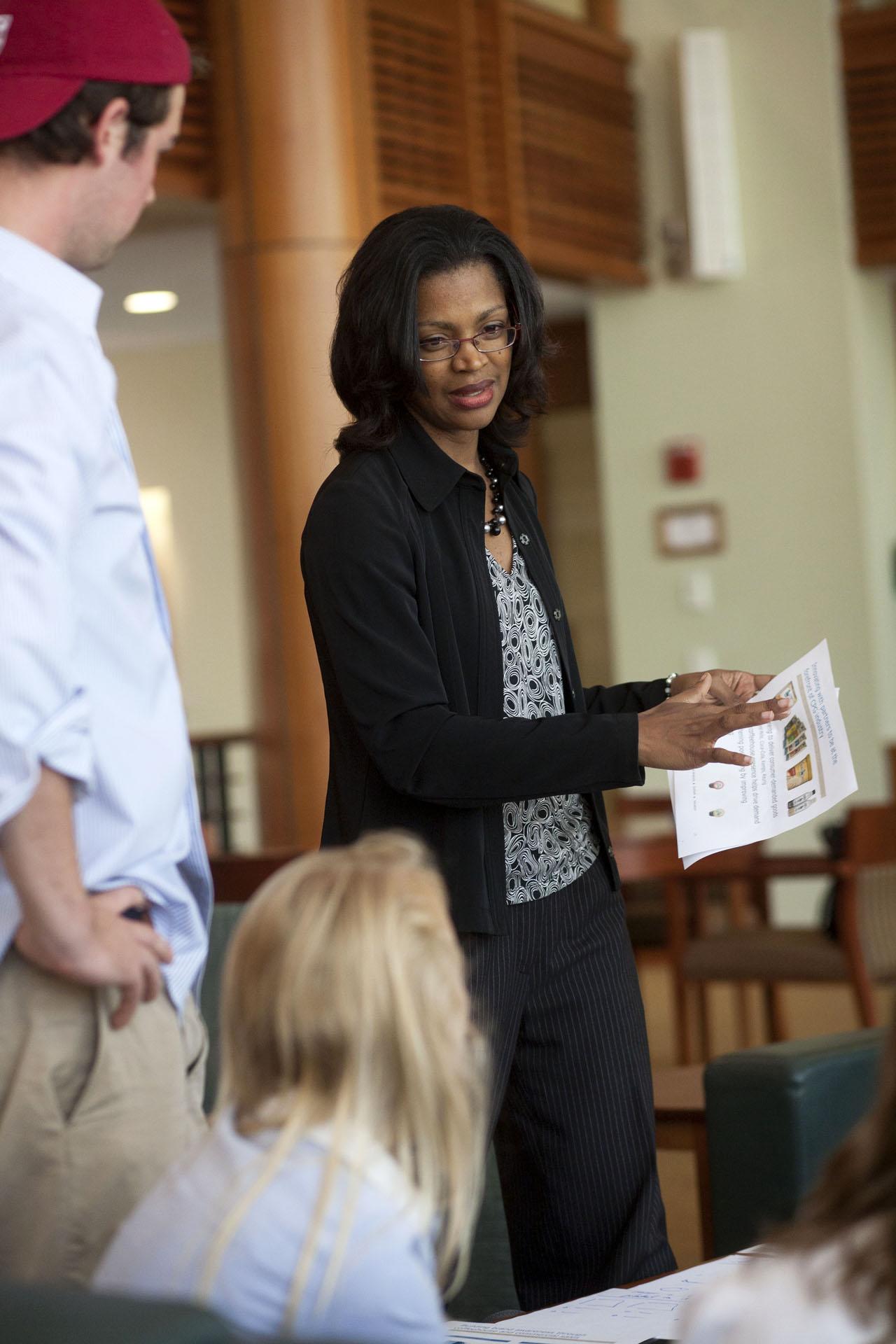 Other universities have since established similar programs, many of which have adopted the name Bridge. ("We were like the guys who invented the Ski-doo," Hansen says. "All of a sudden every snowmobile became known as the Ski-doo.") The term Bridge refers to bridging the considerable gap between studying the liberal arts and sciences and actually practicing business. It also refers to bridging the time gap between earning a bachelor's degree and pursuing an MBA. The typical length of that transitional period is increasing, and Bridge training helps graduates and their employers to get the most out of those early years in business, Hansen says.


Neslin, then an associate dean, led an extensive market-research effort to determine whether the Bridge concept resonated with students, parents, and the business community. The response was overwhelming—students were eager to participate, and businesses were enthusiastic.

With guidance from Danos, the Tuck faculty designed a curriculum that has remained remarkably consistent over the last 15 years: Four weeks of rigorous study, grounded in teamwork and basic business analytics— financial accounting, marketing, corporate finance, managerial economics, and spreadsheets. The cornerstone of the program is the group project, in which teams analyze a publicly traded company and present their findings to a panel of business professionals. Students leave the program with a network, an idea of what business school is like, and the skills to immediately make an impact in the business world, says Business Bridge Faculty Director Gail Ayala Taylor, who has taught in the program for five years.

"We take students who have virtually no knowledge of business and we give them very challenging material," says Taylor, a visiting associate professor at Tuck. "To see them four weeks later being able to present to Wall Street professionals in such a savvy and confident way really makes me feel that we are fulfilling our promise," she says.

Taylor keeps a Bridge "Wall of Fame"—a bulletin board filled with the business cards of successful Bridge alumni—above her desk. Many of those former students have returned to Hanover to earn their MBAs. Others choose different paths. Taylor speaks proudly of a Bridge student she mentored who is now pursuing a master's degree in marketing. Another is earning her Ph.D. Taylor says that the goal of the Bridge program is not solely to provide a pipeline of talented students to Tuck and other business schools; it is to give new graduates the tools and experience to choose their own path. That the paths they choose frequently lead back to Hanover is a tribute to the program's business value and positive environment, Bridge alumni say.

Jennifer R. Peterson T'12 came to the Bridge program in the summer between her junior and senior years at Dartmouth, where she studied art history and economics. She remembers being struck by the interest that Bridge faculty and staff took in her career path, and credits a lunchtime conversation with a Bridge teaching assistant with her decision to pursue a career in corporate art consulting. After graduation in 2006, with renewed focus and a resume sharpened by Bridge, she landed a position at a boutique consultancy called Boston Art. The company was small, with a CEO who was both accessible and open to entrepreneurial ideas.

At the time, Boston Art was paying subcontractors handsomely to frame the art it bought on behalf of Boston-area businesses. Peterson helped carry out a company plan to take the lucrative framing business in-house. It was a bold endeavor, requiring sizable investments in new facilities and people. Peterson, who was then 23 years old, helped to sell the strategy to a room full of seasoned professionals.

"Bridge gave me the confidence to put forward those ideas, and the fact that I could speak the language of accounting brought me into those meetings," she says. The plan ultimately helped Boston Art to triple its net profits despite a dire economic climate, and Peterson's role in it helped propel her to head of business operations at the company in just three years. The experience also sealed her commitment to a business career.

When Liam Kerr T'12 came to the Bridge program in 2006, he found himself learning things that he hadn't even realized he needed to know. Kerr, a 2005 graduate of Providence College, attended Bridge midway through a yearlong stint managing an adult literacy program in San Diego County, Calif. When he returned to the non-profit, he was able to apply business tools to help the literacy program scale its operations from one library to 32. Kerr, who had considered law school or moving directly into education, decided to pursue an MBA at Tuck. "It changed my life," he says.

Stories like Kerr and Peterson's make Taylor smile. Career development has always been a cornerstone of the program, which includes on-campus recruiters and interview coaching. Taylor sees an opportunity for more growth in that area. A new program, tentatively called "Beyond Bridge" would include networking opportunities and lectures by prominent thought-leaders open to all Bridge alumni, and a summer visitation for students who have been out of the Bridge program for three years. The immediate objective is to help Bridge alumni considering an MBA to become the best possible candidates. The long-term goal, in keeping with Tuck Business Bridge's 15-year tradition, is to open students' eyes to the breadth of career possibilities before them and give them the tools to succeed at whatever they choose to do.