Bringing Macs Back to the U.S.

At a White House dinner in February of 2011, President Obama asked former Apple CEO Steven P. Jobs what it would take to build iPhones in the United States. 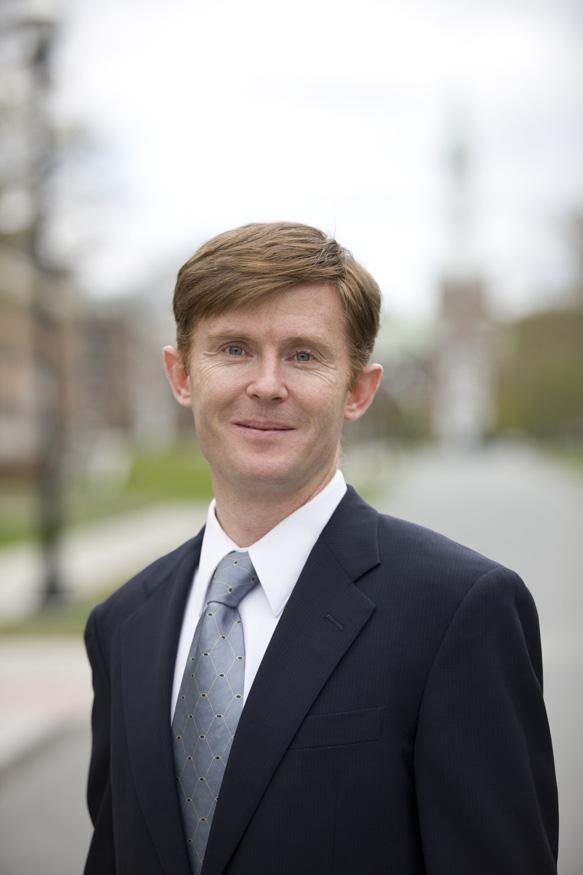 The answer was not what Obama wanted to hear. “Those jobs aren’t coming back,” Jobs said.

Fast forward to early December of 2012. Apple’s new CEO, Tim Cook, appeared to soften Jobs’ unequivocal response when he announced that Apple would invest $100 million to build some of its Mac computers in the U.S. It wasn’t iPhones—which represent the majority of Apple’s revenues—but it was a start.

Some have dismissed Apple’s decision as a PR move, a gesture of goodwill to show that Apple has a stake in the resurgence of U.S. manufacturing. But for Tuck professor Brian Tomlin, an expert in supply chain design, that view is shortsighted and overly cynical. “If you look at companies that excel at operations, such as Apple, you see that they’re continually making sure they have the right global manufacturing footprint,” he says.

In Apple’s case, the right footprint balances efficiency—the ability to make products quickly and cheaply—with flexibility, which allows the supply chain to react to changes in both demand volume and product mix. Different products, Tomlin says, have different efficiency and flexibility profiles. A close look at iPhones and Macs highlights their different supply chain needs, and uncovers the rationale behind Apple’s strategy to build some computers domestically.

First, take iPhones. They don’t come in many options, but quarterly sales figures show huge surges in demand for the devices, so volume flexibility is essential. Who does volume best? “The production system they have in Asia really gives Apple the ability to quickly ramp up production,” says Tomlin. That’s because factories there can tap into the robust ecosystem of workers and component suppliers to increase output on short notice.

But Macs are different. They don’t have the same volatility of demand and, says Tomlin, “they are sold with many different configurations, which means that product variety is important.” Here, the key is “mix” flexibility—an ability for the supply chain to adapt to a change in the mix of products sold, while offering increased customization and customer service. Apple already does some final assembly of Macs in the U.S., adding more memory or a larger hard drive, for instance. Scaling up manufacturing of Macs closer to the location of demand is an extension of this theme, because “long supply lines and mix flexibility don’t necessarily go hand in hand,” Tomlin says.

Long supply lines have never existed for their own sake. Companies outsourced to Asia because it was the economically efficient thing to do, even when they accounted for direct costs, such as transportation, and hidden costs, such as storing inventory to buffer longer lead times for resupplying markets. But this is changing, Tomlin says. Labor costs are rising in China, diminishing the relative advantage of making goods there. When the tipping point for manufacturing costs is reached, companies will bring production closer to home.

For Tomlin, the question is whether Apple’s move is motivated by efficiency or if it’s more of a hedging strategy. If it’s the former, the company has already determined that it’s cheaper to make Macs in the U.S. If the latter, Tomlin says, “the tipping point hasn’t hit yet, but there’s a high enough probability that it might be reached in the near future that it makes sense to put some capabilities in the U.S.” If Tomlin had to guess, he’d say Apple is hedging. “But either one tells you that the tipping point for Macs has been or may soon be reached,” he says.

Another question is what Apple’s $100 million investment will look like. Judging by its track record, the money won’t be used to build factories and manage the entire supply chain; it has a history of outsourcing production and probably doesn’t believe manufacturing is one of its core competencies. Rather, it’s more likely Apple will put the money into buying the production equipment that will be used by its suppliers. This makes sense for two reasons, Tomlin says: Apple has the deep pockets to buy expensive equipment, and if it owns the tools of production it can dictate that suppliers can only use the machines to build Apple products. “It gives Apple more control over their supply base,” Tomlin explains, “so they are less hostage to industry-wide supply-demand imbalances and factories wanting to produce goods for other companies.”

In a sense, Steve Jobs’ dictum is still true: the iPhone manufacturing jobs have yet to migrate to the U.S. The central reason is basically the story of globalization: as U.S. firms found it cheaper to produce abroad, the firms’ suppliers followed, diminishing the domestic manufacturing sector while building a super-efficient production ecosystem in Asia. Building iPhones in the U.S. means more than physically assembling them here; it means relocating much of the supply chain to a place where labor costs are still much higher than almost anywhere else. Such a shift is sure to be a slow one.

Therefore, while a relatively small investment in U.S. production by Apple is a good sign for domestic jobs, Tomlin says, “it’s too early to know if there’s enough component demand here for companies further back up the supply chain to move production.”