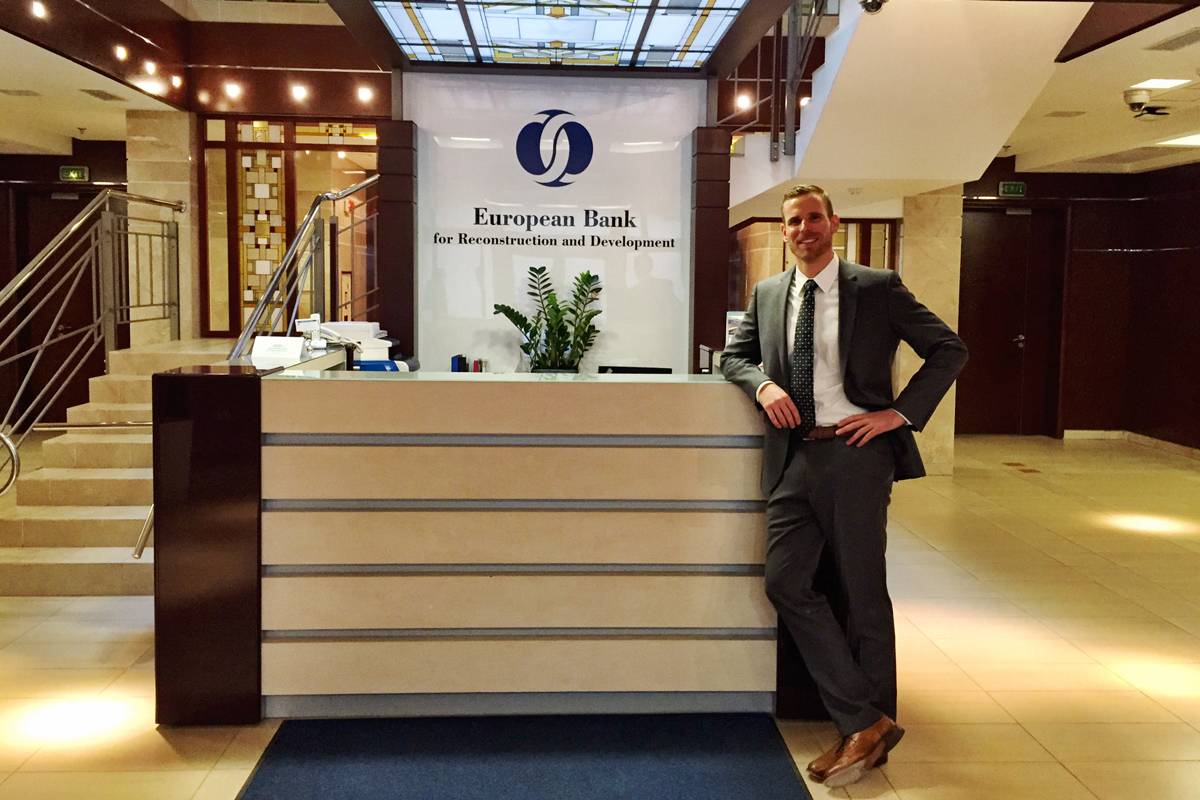 An MBA internship is something of a crossroads. It provides an opportunity for students to test and enhance two of the most valuable things they will take from business school—a set of practical skills, and connections that will shape the trajectory of their careers. Success starts with a good match, and Tuck works hard to help students find internships in which they will thrive. The center of that effort is Tuck’s Career Development Office (CDO), where expert career coaches work with students to create internships that fit their particular talents, training, and career goals.

While Tuck has a strong record of placing students in conventional business internships—the top consulting and financial institutions that are a traditional path to success for MBAs from top schools—Tuck also facilitates internships that match very specific skill sets with non-traditional opportunities.

This is the specialty of CDO Associate Director Elizabeth Z. Napier T’91, who revels in connecting the greater Tuck community with uniquely talented students. It can be a challenging task, but the rewards, she says, are extraordinary.

“We have such an amazing team of career coaches, and it’s really what helps to differentiate us from the other top business schools,” Napier says. 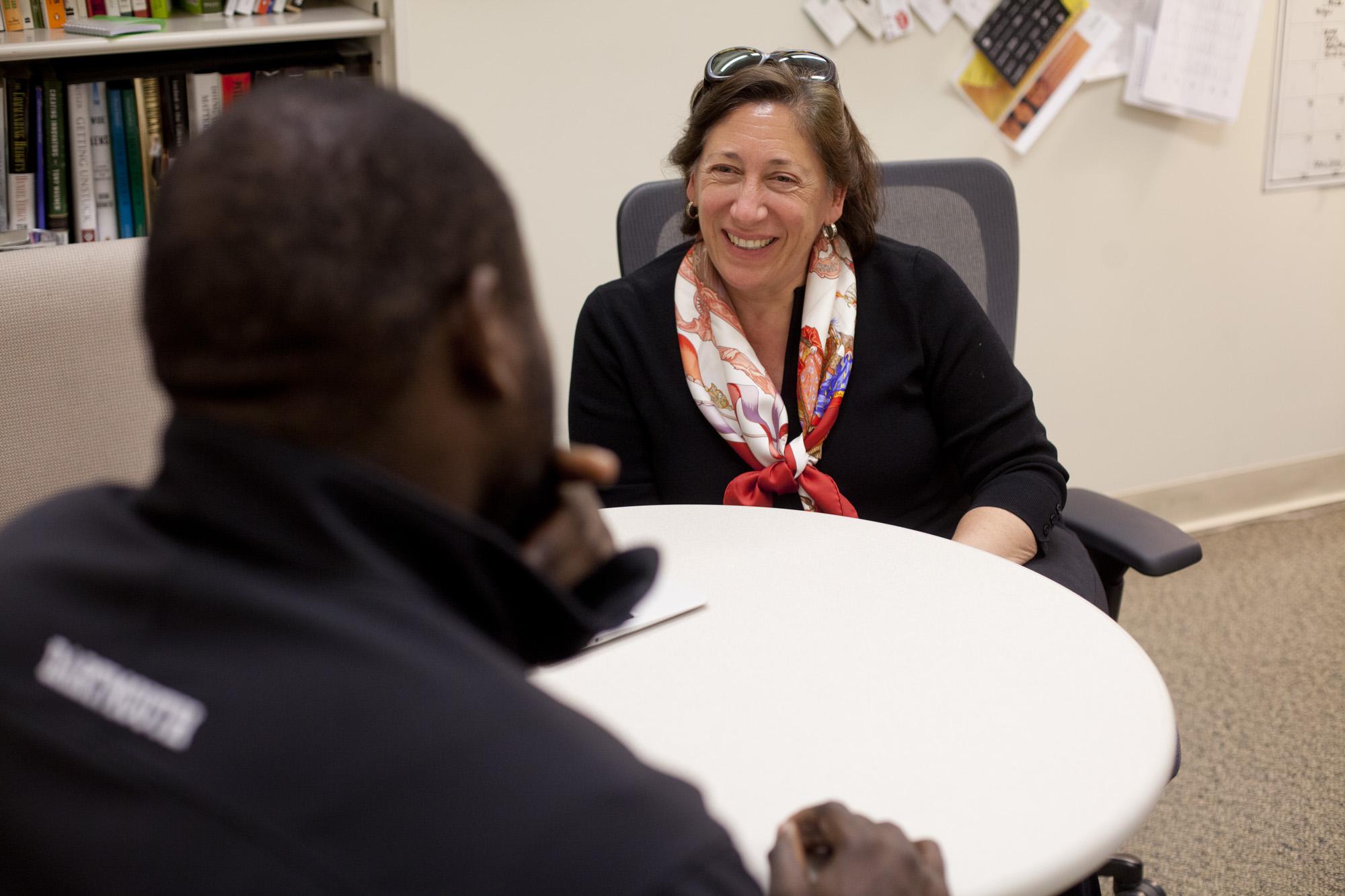 Tuck’s Career Development Office facilitates scores of internships each year. While every pairing is unique, Napier (at left) points to three students whose summer internships exemplify the breadth of Tuck’s network and the career office’s matchmaking skill: Katy Graham T’16, who interned with a boutique distillery founded by Tuck alumni; Mark Andrews T’16, who landed an MBA internship with the European Bank for Reconstruction and Development, a first for a Tuck student; and Emily Zhou T’16, who assisted Pingry School headmaster Nathaniel E. Conard T’85 on a project to open an affiliate of the elite K-12 private school in China. All three students rave about their experiences and the career office’s role in developing internships perfectly fitted to their strengths and interests.

EMILY ZHOU’S INTEREST was to help bring American-style education to her native China. “I wanted to help empower more people through a better education that absorbs the essence of both western and eastern education,” says Zhou, who worked in the technology sector in China before coming to Tuck. She was seeking internship opportunities in a narrow segment of the education sector, with a business background in technology. “It was such a niche that I even thought it was impossible,” Zhou admits. That, however, was before she met Lizzie Napier.

“Emily was wonderfully proactive and very targeted about the networking that she was doing,” Napier says. “But she was not able to identify an internship despite doing some really resourceful traveling and networking.”

When Conard told Napier of Pingry’s interest in a Chinese partnership, and his need for a smart go-getter who is fluent in both cultures, Napier thought immediately of Zhou. Though her background was in operations at a Chinese technology firm, Zhou had seen firsthand the differences in U.S. and Chinese education. She had a keen interest in what Pingry is trying to accomplish—melding the best aspects of the American and Chinese styles of education—but, more than that, she had lived it.

Coming to Tuck was something of a revelation for Zhou, who received her primary and undergraduate education in China. Her fellow students were welcoming, but she experienced a sense of educational culture shock. Her Chinese schools had prized academic rigor; Tuck did as well, but with an added emphasis on creativity and initiative. When she started her Pingry internship, Conard encouraged her to trust her instincts.

To open a school in China, Pingry would have to form a joint venture with a provincial education department and bring together a group of local companies as investors. In researching one of these companies Zhou came across a red flag—some years-old political baggage of the sort that only someone well-versed in Chinese business practices would recognize. In China, a mere intern would never bring such potentially deal-breaking news to her bosses. But Zhou reported the potential problem, and the next morning briefed Conard and Pingry’s CFO on the issue.

The episode illustrates the benefit to both parties of an internship that is a good fit. Zhou learned a great deal from the experience, and Pingry gained valuable counsel. “It’s an amazing story because it shows how well we know our students, and how Tuck partners with them to craft these special opportunities,” Napier says.

THAT KIND OF PERSONALIZED ATTENTION doesn’t come easy. Case in point: Mark Andrews’ internship with the European Bank for Reconstruction and Development (EBRD) last summer, a first for Tuck. “We had never placed an intern at EBRD,” Napier says.

Andrews is pursuing a dual MBA/MA degree from Tuck and the Johns Hopkins School of Advanced International Studies, where his focus is on international political economy. In March 2015, he traveled to Armenia and Georgia on a Tuck Global Insight Expedition (GIX) that Napier, together with Professor Stephen Powell, designed and led. Napier’s ties to Georgia run deep; her father was Georgian and her grandfather was a leader in the country’s 1924 August Uprising against Soviet rule. She’s traveled to Georgia more than 20 times and co-founded the America Georgia Business Council.

The GIX itinerary included visits with EBRD executives in both Georgia and Armenia, which Napier had organized with the help of Noreen Doyle T’74, who served as first vice president and head of banking for the EBRD from 2001-05. In Tbilisi, the students met Bruno Balvanera, the EBRD director for the Caucasus, Moldova, and Belarus, whom Doyle had hired years earlier.

Andrews was impressed with the EBRD presentations and reached out to Balvanera and the other development bank executives he’d met. At Napier’s suggestion, Andrews also reached out to Doyle. Andrews had contacts of his own but says the presence in the organization of a powerful Tuck alumna gave him confidence.

Andrews’ persistence paid off. He spent the summer of 2015 working with EBRD in Kiev, splitting his time between the country Strategy and Policy Team, and a banking role. “I couldn’t have designed a better internship,” he says.

DESIGNING ONE’S OWN INTERNSHIP EXPERIENCE is a goal the Career Development Office actively supports. This is an advantage Tuck can provide, thanks to a very engaged alumni network, and the experience and expertise of the CDO’s career coaches. 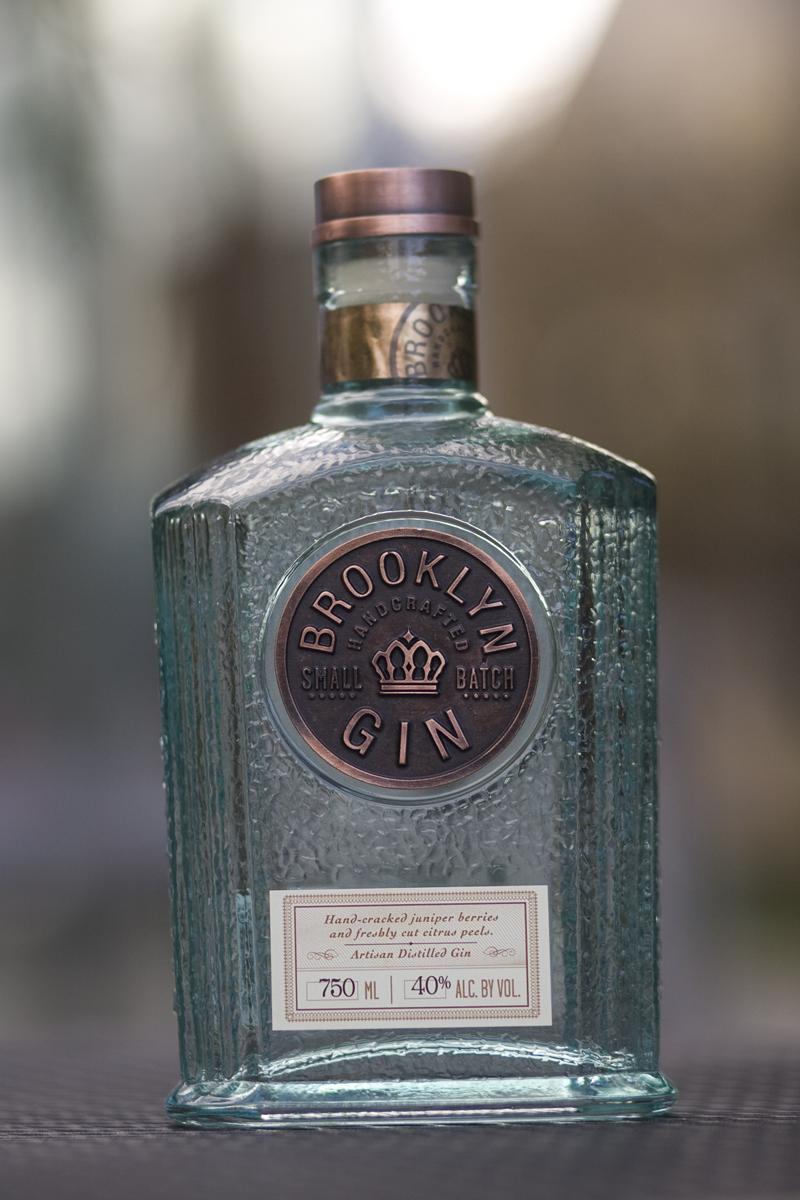 Still, taking an internship that doesn’t offer a strong prospect for a full-time offer is a chance many MBA candidates are not prepared to take. For Katy Graham, however, the benefits of an internship at Brooklyn Gin, a boutique distillery founded by Tuck alumni Joe Santos T’00 and Emil Jattne T’05, was worth the risk.

“I know that I work well in smaller, less bureaucratic teams, so Brooklyn Gin was the perfect fit,” Graham says. “And having Emil and Joe be so accessible really accelerated my learning.”

When Graham was working through a particularly difficult production model, Santos met her between investor meetings in Manhattan. “We sat in some restaurant in Times Square, drawing out what this model needed to look like,” she says. “Getting your senior partner to sit down with you and really dig into how the business works at a granular level—that just doesn’t happen at a bigger firm.”

Knowing that Graham was taking a risk, the founders wanted to be sure the internship benefitted her as well as their company, Napier says. “They really said to her, ‘Tell us what kind of experience you want, and we’re going to design an internship that’s going to help you build your resume,’” she says.

A bigger firm may have shied away from Graham’s unconventional background (she’d worked on political campaigns and didn’t have a single private company on her resume) but Santos and Jattne embraced it. They worked with Napier and the CDO to create Graham’s internship, which was made possible with a matching grant from the Maynard Entrepreneurial Internship Program funded by Fred Maynard T’85.

Graham’s role was to improve production processes at the rapidly-growing distillery. “When you’re producing less you can almost eyeball your levels of inventory, but as more orders come in and you begin shipping pallets of product around the world you really need to know you have enough raw materials to fulfill these orders,” she says. Brooklyn Gin’s reliance on such fresh ingredients as hand-cracked juniper berries and fresh citrus peels complicate the process. The reward is a superior product.

In that sense, creating a meaningful internship is not unlike crafting fine spirits. In both cases attention to detail, familiarity with the ingredients, and genuine commitment to quality ensure a memorable result.