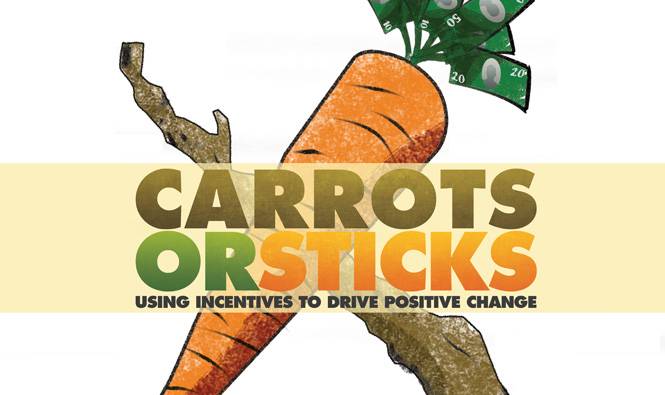 As a young, idealistic student at Harvard College, all it took was two words from the right person to change the course of Michael Brown’s life.

The words were “national service,” and they were spoken to Brown by then congressman Leon Panetta. Brown had taken a year off from college to work in Panetta’s office in Washington D.C., and when Panetta mentioned voluntary national service as a way to invest in society, Brown immediately recognized the power of human capital to tackle some of the world’s most intractable problems.

Brown relayed this story to the Tuck community during a talk entitled, “My Journey: National Service or Bust,” one of two keynote speeches of this year’s Business and Society Conference, an annual student-led event that brings together leaders from different fields to discuss the important role business can play in creating a more sustainable world. Supported by the Center for Business and Society, the 2013 conference took place Feb. 28-March 1, and was organized around the theme of using positive and negative impacts—carrots and sticks—to drive positive social change.

Brown and his law school roommate went on to found City Year in 1988, a non-profit organization focused on “building democracy through citizen service, civic leadership, and social entrepreneurship,” according to its website. At first, City Year tackled a wide assortment of social issues; more recently it has focused solely on the United States’ high school dropout crisis.

As Brown explained, over one million students drop out of high school every year, and about 50 percent of them come from just 12 percent of high schools—usually public schools in low-income, inner-city neighborhoods. Compared to their graduating peers, high school dropouts are three times more likely to be in poor health and eight times more likely to be incarcerated or unemployed. “If we don’t do anything about that we’re basically saying that zip code is destiny in this country,” Brown said. “This is not just an economic or moral issue, but the leading civil rights issue of our time.”

City Year addresses this crisis with what Brown calls a “human capital solution”—young people who commit to 10 months of full-time service as “corps members” in target schools around the U.S. and in London and South Africa, serving as tutors, mentors, and role models. The corps members aim to improve the three key indicators of high school graduation: attendance, behavior, and course performance. By 2023, City Year hopes to reach 900,000 students with a corps of 12,000 workers. “If we do that,” Brown said, “we think we can unlock the potential of all students.”

More broadly, City Year and Brown want national service to be a sine qua non of the American experience, and he envisions a day when the most commonly asked question to a young person is, What are you going to do with your service year? Toward that end, Brown has advocated for top colleges and universities to require national service as part of their curriculum, thereby changing the cultural dynamic by adding an incentive. Until such a service requirement appears, he advised the Tuck students in the audience that their skills are highly transferrable and that they should follow their passion no matter the risks. Brown told how he followed his own advice, quitting a prominent clerkship with then federal circuit court judge Stephen Breyer (now an associate justice on the U.S. Supreme Court) to found City Year, quite an unorthodox path for a Harvard Law School graduate who was the editor of the Harvard Law Review.