Regarding problem-solving, Lynch advised graduates to set short-term goals to get moving in the right direction and change course when it’s needed.

As the new CEO of Condé Nast Inc., Roger Lynch, T’95, came to the role with a rather untraditional background.

He had been a long-time reader of the company’s publications (The New Yorker and Vanity Fair, to name a few), but he had never worked in the publishing industry. Yet when he saw a unique opportunity to work in print and digital media, he didn’t think twice.

“The size of the challenge is exactly what drew me to it,” Lynch said in his remarks at the 2019 Investiture ceremony. “It was a new challenge for me and an exciting one.”

As a relative newbie, Lynch predicted that he will inevitably make a few mistakes along the way in his role, but he highlighted the ways in which failure can be used a great learning opportunity for introspection.

“Mistakes teach you about yourself,” he said.

Recounting the steps he took in his own career, Lynch shared a few valuable lessons he learned while working as an investment banker with Morgan Stanley and serving as a member of the physics technical staff at Hughes Aircraft Company. In the latter role, Lynch spent most of his time in an underground lab in a windowless room by himself. While he loved how much problem-solving the role required, he said he missed having human interaction.

“I needed to be social—I had to make a change,” Lynch recalled.

Not long afterward, Lynch enrolled at Tuck, a decision that set him on a new path and required a fair amount of change. Married with two children at the time, Lynch gave up his job with a full-time salary and headed east, a decision he quickly realized he would never regret.

“I loved it here—it was a dream,” he said, calling his Tuck experience “two of the best years of my life.”

Throughout the rest of Lynch’s career, he chose roles that still demanded a fair amount of problem-solving. Offering a bit of practical advice, Lynch advised students to step back when feeling overwhelmed by a situation and to remind themselves that the problem is probably going to get much worse before it gets better.

“It sounds counterintuitive, but it actually makes your problem feel smaller,” he said.

When all else fails, Lynch concluded, set short-term goals to get moving in the right direction and don’t think twice about changing course when it’s needed. “Actively risk failure,” he said. “Failure only teaches you who you are.”

Lynch earned his MBA with highest distinction from Tuck in 1995 and his undergraduate degree in physics from the University of Southern California. He also served as president and CEO of Pandora, where he spearheaded the company’s turnaround, and as the founding CEO of Sling TV, a next-generation TV service delivered over the Internet.

See the livestream video of Tuck’s investiture or click on the image below to enjoy photos from this year's event. 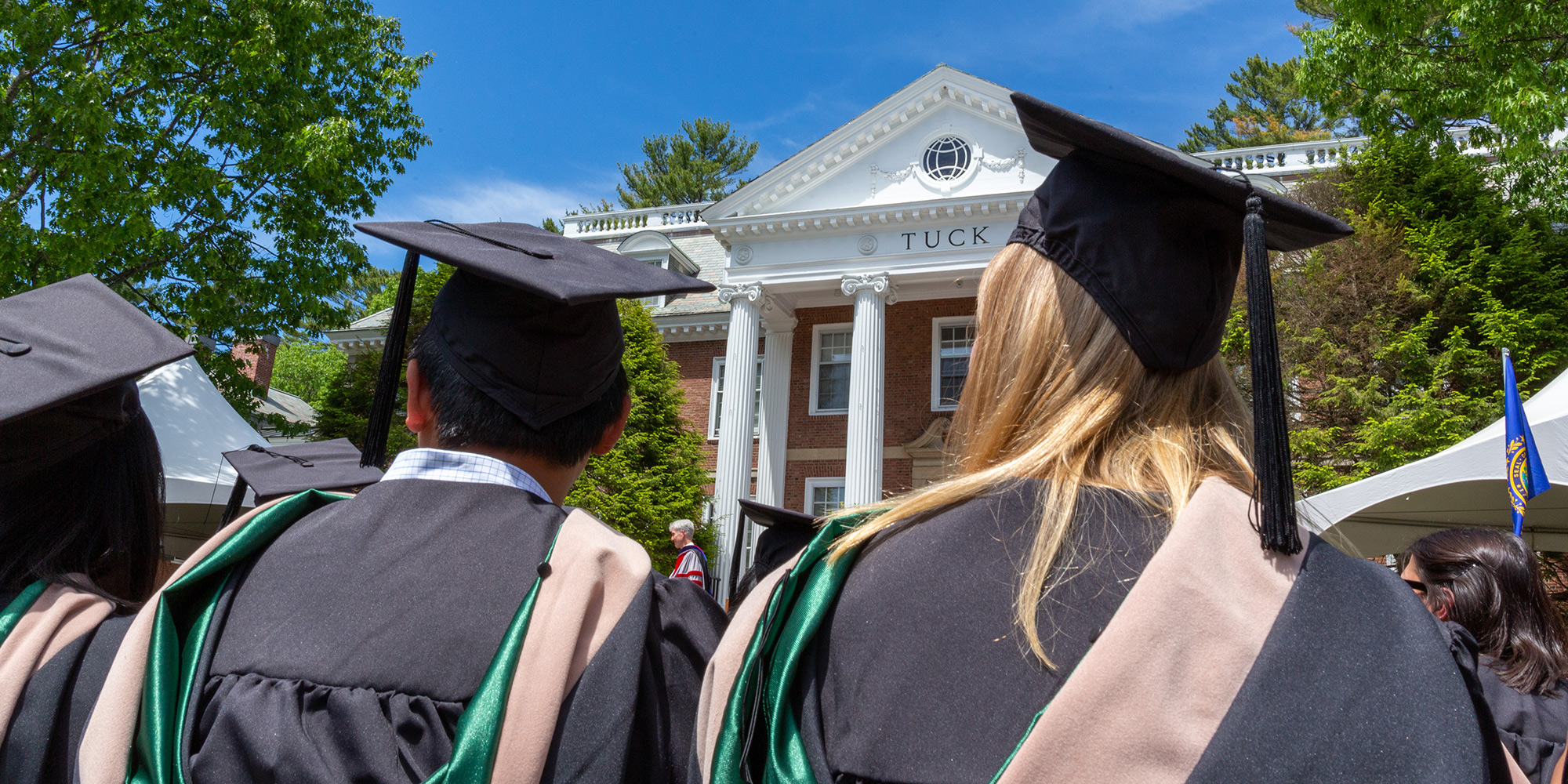 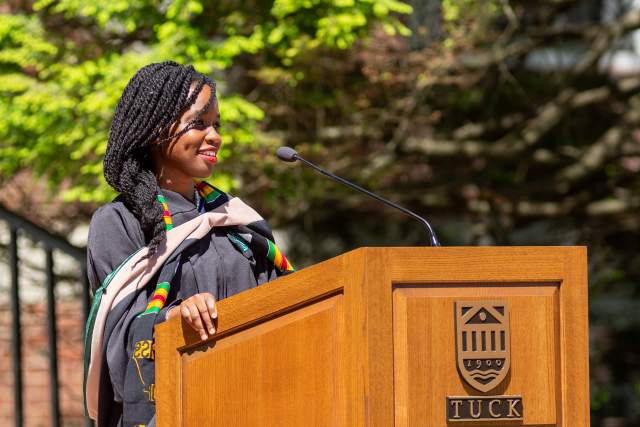 Check in With Yourself Often 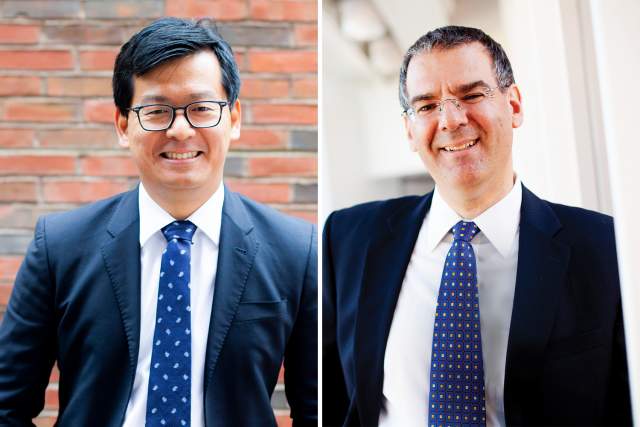