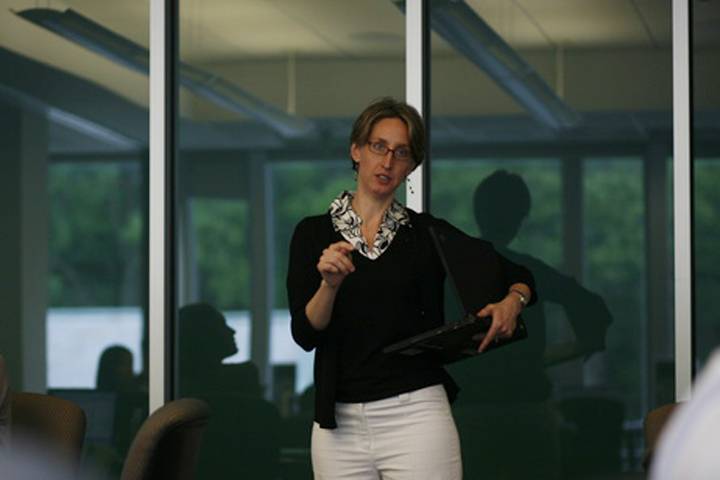 United States tax policy allows U.S. multinational corporations to defer tax on foreign earnings until they bring the cash back home. Designed to help firms compete in the global marketplace, this policy has an obvious downside: corporations tend to re-invest those foreign profits overseas. That has led to counter-incentives to get firms to repatriate foreign profits and reinvest them in the domestic economy. While these incentives have been focused on the tax rate, recent research by Professor Leslie A. Robinson and her colleagues confirms that policymakers need to include another factor if they want to understand and influence corporate behavior.

By the end of 2002, an estimated $640 billion of foreign profits were retained abroad by U.S. multinationals. To tap into this pool, the American Jobs Creation Act of 2004 effectively exempted 85 percent of repatriated profits from tax, translating into a 5.25 percent tax rate instead of the usual maximum corporate tax rate of 35 percent.

Robinson and her colleagues realized that reducing the tax rate also reduces the tax expense recognized in earnings reported to shareholders, minimizing its negative impact

The response was overwhelming—and surprising. Repatriations during the temporary exemption period increased sixfold as firms brought back about $300 billion. “It was so successful,” explains Robinson, “that it made us wonder if a factor other than the tax rate reduction was amplifying the response. More broadly, it made us re-examine the literature on how firms make repatriation decisions.”

Robinson and her colleagues realized that reducing the tax rate also reduces the tax expense recognized in earnings reported to shareholders, minimizing its negative impact. So firms had a one-time opportunity to never recognize that higher tax expense. “We think this is why the Act of 2004 was hugely successful,” says Robinson. “And we hypothesized that the missing synergistic factor in repatriation decisions is accounting policy and its effect on managerial decision making,” says Robinson, “particularly financial reporting strategies by public companies trying to meet earnings targets.”

The researchers set out to examine whether repatriation decisions made prior to the Act are based as much on reporting strategies as they are on the relative straightforward economics of tax liability. As an initial test, the researchers compared the behavior of public and private firms. “Public and private firms don’t differ in their motivation to reduce tax liability,” says Robinson, “but they do differ in who they report to. So if we find that public firms—always trying to meet earnings targets set by Wall Street analysts—repatriate less than private firms, that suggests that financial reporting plays a role in the decision.” And indeed, the researchers found that public firms repatriate less overall than private firms and are less likely to repatriate when tax costs are higher, especially in the fourth quarter.

Robinson notes that these findings are particularly surprising because “the data show that private firms, whose foreign affiliates appear to be more profitable, repatriate more. Based on simple economics, we would expect them to keep their money in those high-profit overseas operations. You repatriate earnings only when you can’t reinvest them profitably. All this reinforces our opinion that repatriation of earnings by public companies is abnormally low and affected by their reporting incentives.”

The second part of the research took a closer look at public firms only and found that they repatriate more when they are above an earnings target. “We backed out the actual tax cost of repatriations,” says Robinson, “and looked at how high firms are above their earnings target before they make a repatriation decision. They appear to repatriate and thus record the tax expense at a time when they have more earnings slack.” More evidence that reporting the tax expense is perhaps even more important than the tax liability itself.

Robinson looks forward to more interdisciplinary research that encompasses the real-world inter-relatedness of issues such as this. “My research agenda,” she says, “is to get economists and accountants to think about these issues together.”