Tuck’s Pino Audia and Dartmouth’s Andrew Campbell embarked on a three-year study of how wearable sensors may be used to gain a deeper understanding of behavior in the workplace. What they discovered holds both promise and peril for the future of work.

The researchers' first findings revealed that high performance was associated with lower use of smartphones during the day and in the evening, fewer breaks, more movement around the office, and higher levels of deep sleep.

Pino Audia and Andrew Campbell first met as adversaries on the soccer field during a pick-up game in Hanover, about 10 years ago.

Later, when they had time to chat, they realized they could be teammates at work. Audia, a professor of management and organizations at Tuck, is an expert in how performance measurements influence behavior and decisions. Campbell, the Albert Bradley 1915 Third Century professor in computer science at Dartmouth College, studies how mobile devices can accurately assess mental health. Audia’s vision was to figure out a way to use wearables, such as beacons, mobile phones and fitness trackers, to understand workplace behavior and performance in the context of white-collar workers like consultants and software engineers. Campbell wasn’t sure it could be done, but he was game to try.

They talked about it, and then came a breakthrough. In 2017, they received an $8 million grant from the federal research agency IARPA to study 750 information workers over the course of a year, as part of a multi-university effort called Project Tesserae. “We pulled together a dream team of computer scientists, psychologists, and experts in management, machine learning and AI,” says Campbell. Using a combination of mobile phones, Garmin fitness trackers, and Bluetooth beacons, the team gathered a massive amount of data about workers’ behavior, location, sleep, physiology, stress, and much more. “Collectively, it was a large microscope into their lives,” Campbell says.

In their first paper, “Differentiating Higher and Lower Job Performers in the Workplace Using Mobile Sensing,” they set out to uncover how workers’ daily behavior is related to their performance. For example, how does the use of smartphones relate to performance? The debate on this topic is still unsettled, with some arguing that frequent use of smartphones allows people to be up to date, in touch, and in control of work, whereas others suggest it creates interruptions that decrease the ability to get work done. Going beyond previous work that relies on surveys and observations, Audia, Campbell, and their colleagues show that high performance was associated with lower use of smartphones during the day and in the evening. Higher performing days, based on workers’ self-ratings, tended to occur when, during the week preceding those performance assessments, people had lower levels of lock and unlock behavior of their phone.  Sleep was also a contributing factor—higher performance occurred in weeks when workers had a longer duration of deep sleep. “These daily behaviors don’t happen by chance,” notes Audia. “They require self-control. It’s conceivable that the higher performers in our study have developed and follow routines that enable them to achieve these outcomes.”

These daily behaviors don’t happen by chance. They require self-control. It’s conceivable that the higher performers in our study have developed and follow routines that enable them to achieve these outcomes. 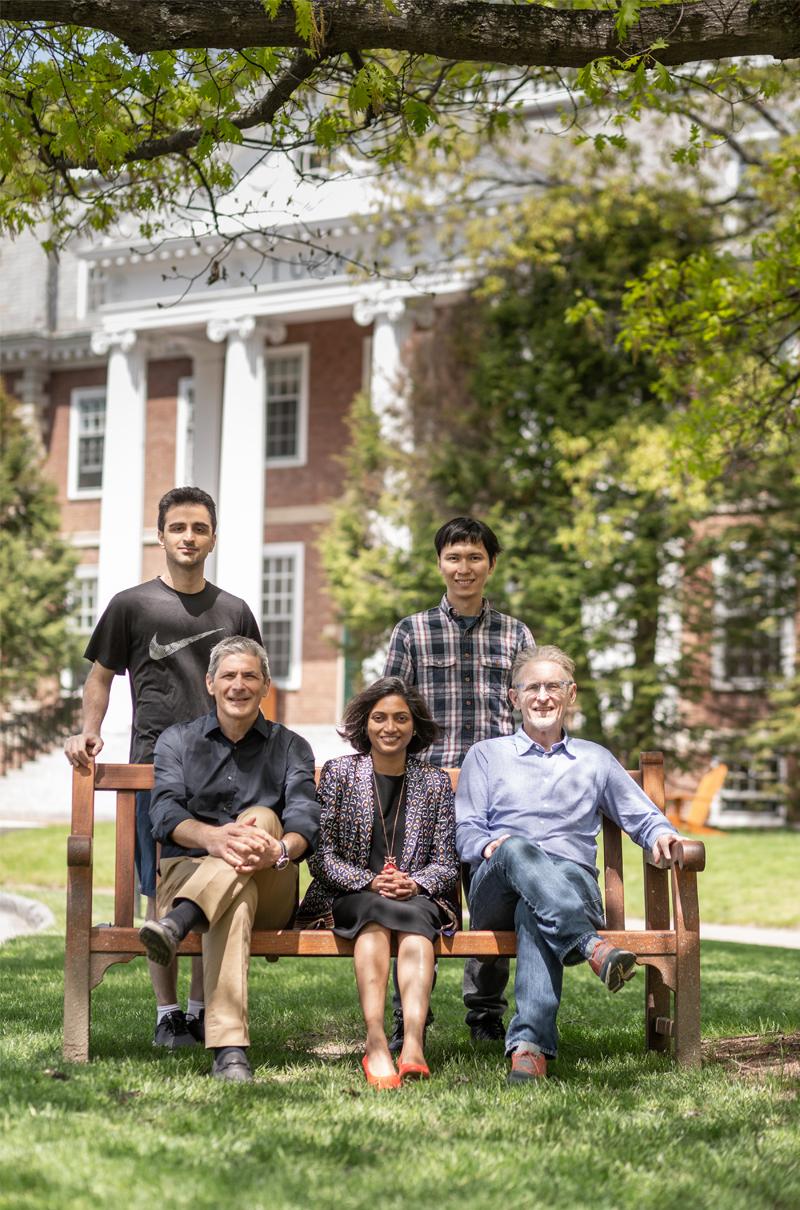 In their second paper, “Detecting Job Promotion in Information Workers Using Mobile Sensing,” they compared physiological and behavioral indicators before and after promotions to detect how the promotions impacted the workers. Here too, prior research is unsettled; some work shows that promotions deteriorate wellbeing while other studies suggest that promotions have wellness benefits. Audia, Campbell, and colleagues show that gender is a critical factor in untangling the impact of promotions on workers. After a promotion, men experienced less stress, as evidenced by their heart rate, except when they were at their work desk. Women, however, exhibited greater stress both during the day and in the evening. “A plausible interpretation is that women continue to do more domestic work than their partners,” Audia says, “while their time and cognitive resources for that domestic work are being diminished by their greater job responsibilities.” The promise of this early work is that it shows that wearable sensors can help form a more accurate and realistic picture of the workplace. As Audia says, “we can overcome the well-known limitations of surveys by using technologies that record what people really do and what they experience in a continuous fashion.”

Vexing questions remain. Should companies use wearables to track employee performance? And if yes, how should they do it so they protect employee privacy and autonomy? The least problematic route may be for companies to encourage employees to engage in self-tracking, which has been shown to help people improve their fitness, health, and financial wellbeing. An organization could develop software that provides similar insights for employees about their work life.

No matter what your opinion is, ideas and technology keep moving forward inside companies. But a company that deploys technology for surveillance and performance-monitoring without the buy-in of the workforce is not going to succeed.

“The most delicate and controversial step,” Audia says, “would be to use sensor-generated data to evaluate individuals. The choices companies make about this will have an impact on their organization’s culture, especially norms about collaboration across hierarchical levels and worker engagement.”

For Campbell, an avowed technologist, thinking about the topic begins with a reality check. “No matter what your opinion is, ideas and technology keep moving forward inside companies,” he says. “But a company that deploys technology for surveillance and performance-monitoring without the buy-in of the workforce is not going to succeed.” It can only work, he argues, if employees see how the technology can benefit them—say, by providing personal feedback on their chosen metrics, and offering occasional nudges to boost performance. And if the data will be shared beyond an employee, Campbell says, he would want it to be aggregated at a team level, and only shared with a trusted supervisor.

Audia, Campbell, and many other researchers will be analyzing data from Project Tesserae for years to come. One study currently underway, for example, is looking at how commuting impacts performance and stress levels. The possibilities will expand even further this year when the Tesserae researchers release the anonymized study data to the public. “We want people to mine the data and come up with interesting insights,” Campbell says.

This type of inter-disciplinary collaboration at Dartmouth will only become easier when the new Center for Engineering and Computer Science and the Arthur L. Irving Institute for Energy and Society open next to Tuck in the fall. Professors may still have chance encounters on the soccer field, but they’ll have a shorter walk when they meet later to plan new research.

Consulting isn’t dead. It has evolved. Eleven alumni in the industry explain how.