The synthesis of these technologies, says Tomlin, will influence what the workplace is going to be in the future, in ways that are both possibly utopian and possibly dystopian.

Brian Tomlin describes himself as a process geek.

Long before he became the William and Josephine Buchanan Professor of Management at Tuck, Tomlin started his career as a business-minded process engineer with General Electric in his native Ireland and Columbus, Ohio. The company groomed him for management, a path that sharpened his interest in business and led him to academia. At Tuck, Tomlin teaches the core operations management class and an operations strategy elective, and in December he took on a new portfolio as senior associate dean for faculty and research. Some of his current research explores a confluence of new technologies, from the Internet of Things to 3D printing and Artificial Intelligence that, taken together, are poised to usher in a new industrial revolution.

You’ve become something of an academic thought leader around the concept of Industry 4.0. What is it, and why is it so important?

The term Industry 4.0 was coined in Germany to describe this notion of a fourth industrial revolution brought about by a convergence of technologies that enable the almost real-time connection of the physical and digital worlds. It’s important because it will change the way work is done, and therefore how work should be managed. It has the potential to break, or at least change, the traditional operations trade-offs between the competitive priorities of cost, flexibility, speed, and quality.

What aspects of this new industrial revolution do you find most intriguing?

To me it is three related things. It's this notion of the Internet of Things, together with Artificial Intelligence and advanced automation. And by advanced automation, I'm including advanced robotics and augmented reality. The synthesis of those technologies is going to influence what the workplace is going to be in the future, in ways that are possibly utopian and possibly dystopian. It will influence what work gets done by humans, what work no longer gets done by humans, and what work is elevated, meaning humans can now do it better because of these technologies.

Can you give me an example from your current research?

Much of the value of the IoT will be generated by autonomous sensors from different firms communicating with each other. Therefore, similar to the current interest that consumer, media, and technology firms have in understanding the formation and evolution of social networks, industrial firms will seek to understand the formation and evolution of inter-firm IoT sensor communications. I recently completed a working paper with colleagues from IBM and Harvard that takes a first step in developing such an understanding.

It’s very important to me as a business school academic that I study issues of real importance and relevance, and that's why working with someone from IBM, for example, helps me stay grounded in real industrial perspective. I’m not just sitting in an ivory tower conjuring an elegant but imaginary problem.

Where are we seeing this today?

Looking at some of the technologies underlying Industry 4.0, such as 3D printing, IoT, advanced analytics, we are seeing their adoption in the maintenance and repair operations (MRO) of long-lived durable assets such as power plants, aircraft, and advanced health care equipment.

Take IoT and advanced analytics; together they are enabling much more sophisticated condition-based maintenance strategies that can drive improved uptime at lower costs. Put simply, they allow maintenance to be performed when it’s actually needed rather than on a fixed or reactive schedule. Interestingly, a trend that predates this is the move of OEMs—original equipment manufacturers—to offer sophisticated MRO contracts and even to sell uptime rather than the asset itself. If you take those two trends together, the condition data that sensors collect becomes incredibly valuable, and that raises a fascinating question: Who should own the data? The OEM or the asset user? And what are the implications of who owns the data? Those are questions I’m researching now.

What do your students want to know about Industry 4.0?

They want to understand the intersection of the technologies and the implications for business strategies and business models. I dedicate the last session of my operations elective to Industry 4.0, and the reason I do that is twofold. First, it’s a way of signaling that it's a really important topic that will impact their futures. But also, to truly understand the potential impact of Industry 4.0 you have to understand operations at a fairly deep level.

Let me pose a superficial question then. If Hollywood were to make a film about Industry 4.0 it would probably be called something like "The Rise of the Machines." Do we have anything to fear?

I don’t claim to be able to predict the rate of change or when the inflection point will be. But there will be change, and any time there is significant change there will be winners and losers. It’s my job to make sure we equip our students so that they are on the winning side. 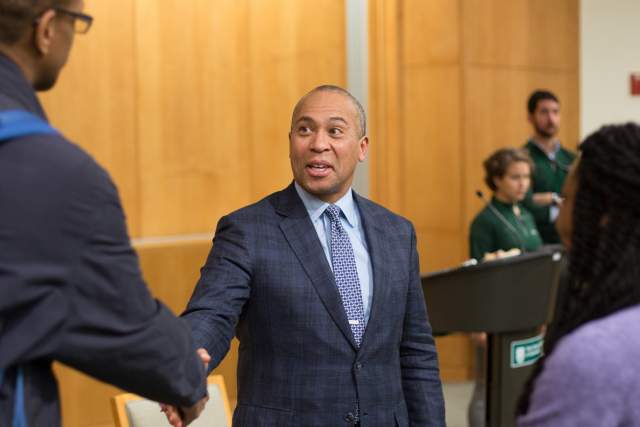