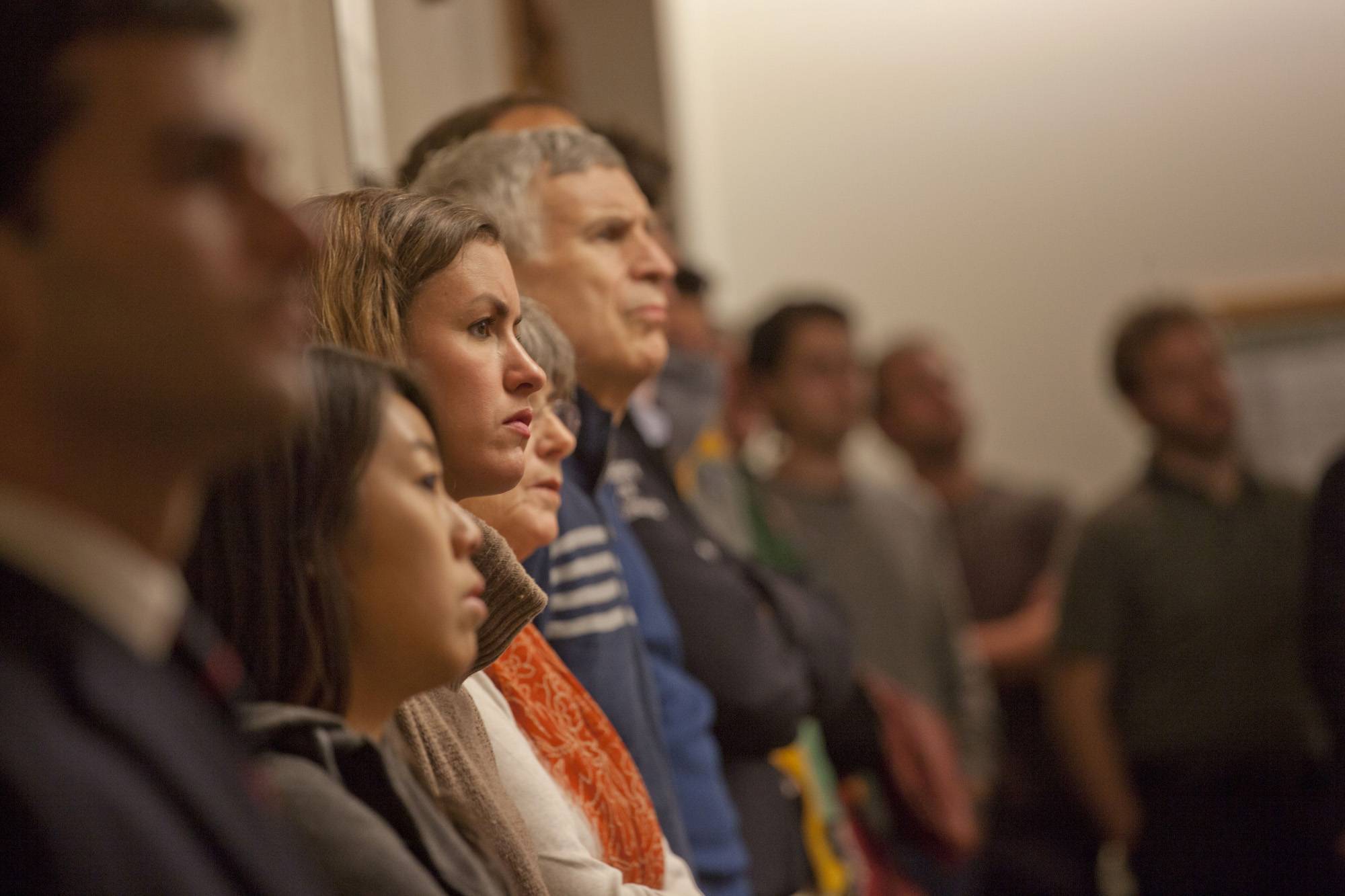 Eben Pingree and four of his friends were killing time playing an old game of Trivial Pursuit earlier this year when the Tuck second-year student hit on an idea for a startup.

“We got tired of answering questions about Mt. Kilamanjaro and the Carter administration and decided it would be a lot more fun if it was about our shared memories,” says Pingree. Thus was born the idea for a social media application he and his co-founders dubbed “Glory Days,” a nostalgia-driven game in which friends exchange trivia about their past.

Pingree and his co-founders were among seven teams pitching their startup ideas to venture capital funds including Google Ventures, Tuckerman Capital, and Borealis Ventures and others at the first Dartmouth Demo Day November 9, a campus-wide pitch event co-hosted by Tuck’s Barris Incubator and Mitosis, a venture accelerator program for Dartmouth undergraduates. Along with the Tuck entrepreneurs, four teams of undergraduates and two teams from the Thayer School of Engineering pitched startups. Among the business plans: a fast-casual Indian restaurant chain and a medical device that kills bacteria in IV fluids.

Pingree is hoping his pitches will help him find $200,000 or more in seed funding to help bolster his app, which has been helped along by a $10,000 award he received after winning a business startup contest at Tuck last spring. That award allowed him to spend the summer working on the idea and help pay a programmer and begin testing the game on 75 users.

He has so much confidence in his concept he opted to forgo the corporate recruiting process. “If it’s going to be your real business it has to be your full-time priority,” says Pingree. “I’ve learned more in a few months trying to do my own thing than in any of the other jobs I’ve ever had.”

The Barris Incubator offers office space at Tuck—funded by Peter Barris T'77— for students with business ideas from Tuck and Thayer that compete for acceptance into the incubator program. The program provides seed funding, mentorship, legal support for efforts such as patent applications, and connections to alumni who may serve on advisory boards.

“Having to explain and present your project in a public setting puts you ‘on the spot’ and in a way forces you to take ownership,” says Joaquin Villarreal, manager of Tuck’s Entrepreneurship Initiative, which acts as a clearinghouse for entrepreneurship resources at Tuck. “There’s also the obvious practical aspects of honing your pitching skills and preparing you to communicate your value proposition more effectively, a basic selling skill for any business owner.”

Help from Barris has boosted Instant Insight, a technology startup founded by Ashley Conti T’13 and four other students. The group is developing software that will allow restaurants and retailers to solicit instant feedback from customers who scan a QR code on their smartphone while still inside the store. After pilot programs with seven different businesses, Conti says the concept may be ready for liftoff. Her group has met with venture capital advisors and been critiqued by Tuck alumni who serve as mentors.

“We’re crossing the chasm,” says Conti. “And trying to get to the point where the business takes off. It’s all on us to push it forward.”