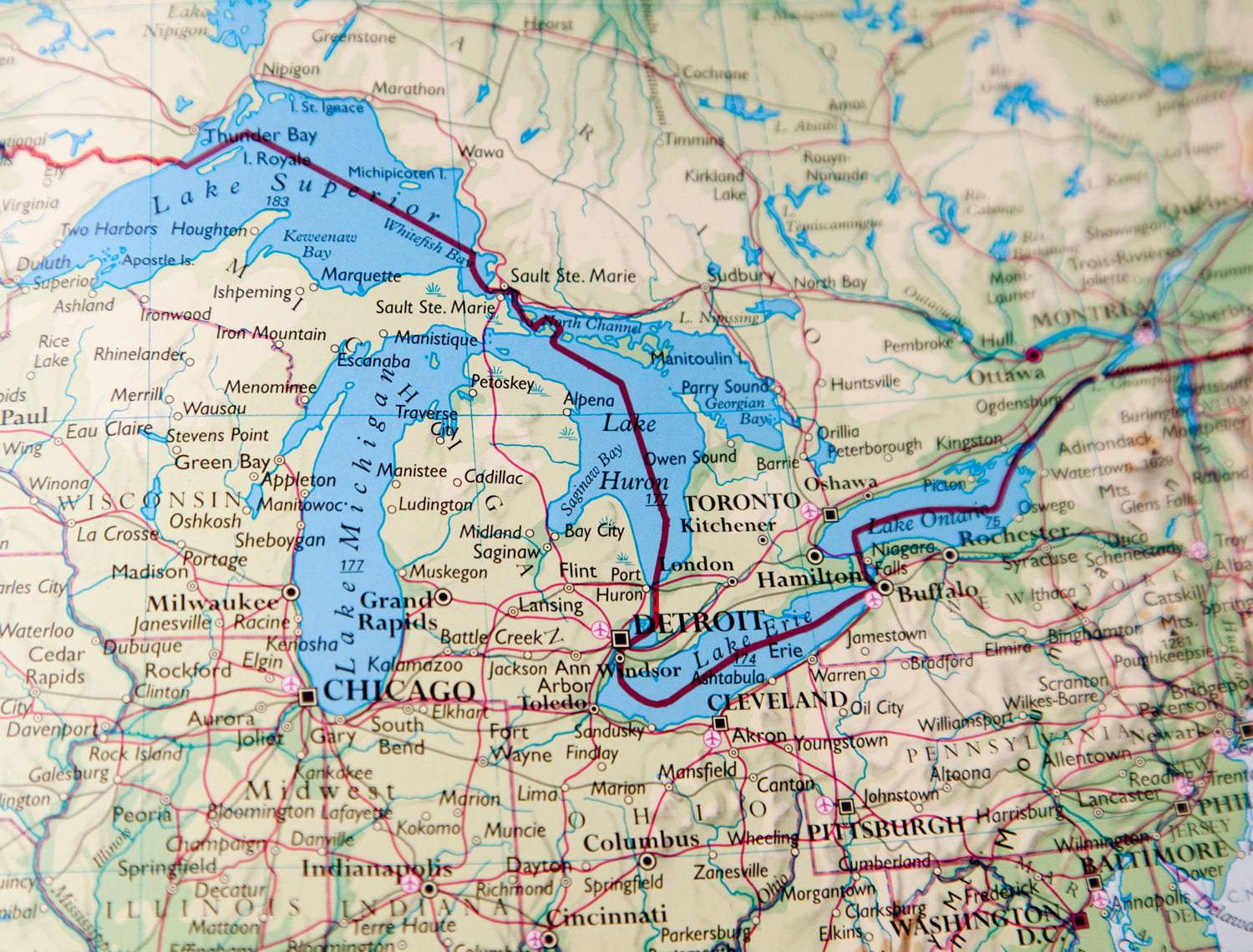 Seven of the 10 least dynamic states are clustered around the Great Lakes. | istock: lightguard

We live in an era of unprecedented change.

Companies are born and surge in a flash. Entire industries are whipsawed by global competition and technological change. In the blink of an eye, workers move: across occupations, companies, and nations.

So goes the conventional wisdom. Does it accurately describe the United States? In a word: no. Last week an important new report, Index of State Dynamism (ISD), was issued by the Economic Innovation Group (on whose economic advisory board Matt S. serves) to offer state-level analysis building on an earlier EIG report about the overall U.S. economy, Dynamism in Retreat. This new report’s main finding is that “the entrepreneurial and restless energy that once defined the United States seems to be evaporating as the economy grows more static, top heavy, and concentrated.”

The index of dynamism for each state-year is calculated as a weighted average of seven components: (1) “churn,” defined as the share of all firms in a state that opened in the past year plus the share that closed; (2) annual change in the total number of employer firms; (3) share of total state employment in firms that started in the past year; (4) one minus the share of total state employment in firms at least 16 years old; (5) job creation rate plus the job destruction rate; (6) share of the civilian noninstitutional population ages 16 and over that is either currently employed or actively seeking work; and (7) net number of people moving to or from a state per 1,000 residents, excluding movers to and from abroad.

The report analyzes the ISD from 1992 through 2014, and the results are sobering. Every single state saw its dynamism fall over this generation, a decline accelerated by—but by no means limited to—the Great Recession. Nearly one-third of states experienced at least a 50 percent fall in their dynamism score over this period. By 2014, the index score of the nation’s most dynamic state (Nevada) would have put it in just 34th place back in 1992.

The U.S. score on the index fell from 57.3 in 1992 to 48.8 in 2004 before plummeting to just 34.2 in 2014. Within the country, nine of the 10 most dynamic states lie west of the Mississippi River (Florida is the exception). In 2014, the average dynamism score in the western half of the country was 37.6, versus just 27.4 in the eastern half. Seven of the 10 least dynamic states are clustered around the Great Lakes: in descending order, Michigan, Wisconsin, Iowa, Indiana, Pennsylvania, Ohio, and West Virginia.

This ebb in dynamism has been pervasive across all seven components of the index, not driven by just one or two parts. For example, nationally the churn rate among businesses dropped from 19.5 percent in 1992 to 15.7 percent in 2014. What explains this fall is not rising death rates: the rate of firm closures held quite steady during this period. Rather, it is falling startup rates: the U.S. firm formation rate today is only half what it was around 1980.

Yes, we all know of examples of dynamism in today’s economy: think, for example, of your favorite leading technology company. And, yes, ongoing advances in artificial intelligence and computing power lead some to foresee a looming future of pervasive change. But where the U.S. economy overall is today, and where it has recently been, is something quite different from these examples or possible futures. As this EIG report concludes, “Taken together, these findings challenge the widespread notion that we are living in an era of unprecedented change and disruption. In truth, the U.S. economy appears far less changeful than it once was.”

Fading dynamism matters because economic dynamism has historically brought an upward spiral of growth in productivity, opportunity, and thus incomes. The report finds that more dynamic states also tend to have larger shares of their populations living in prosperous zip codes: nearly 32 percent for the top-10 dynamism states in 2014, versus just 21 percent in the bottom-10 dynamism states. More-dynamic states tend to be states with characteristics such as higher foreign-born shares of the population and lower shares of employment in manufacturing,

What fading dynamism tends to bring is not just lower incomes and disappearing economic opportunity but, as a vivid article in this weekend’s Wall Street Journal documented, a slew of pathologies of crime, substance abuse, poor health, and earlier deaths. In Kenton, Ohio, the Immaculate Conception Church has, over the past decade, held “twice as many funerals as baptisms.”

Thus do we arrive at a fundamental paradox facing America today: the paradox of dynamism. On the one hand, many Americans voice concern about encountering too much economic dynamism. But on the other hand, the data show very clearly that economic dynamism—and the gains it tends to generate—are fading, not expanding. Americans’ anxiety is real. And the forces of dynamism—such as firms opening and closing, and people moving—can indeed make people more anxious. But the rising incomes and expanding opportunities that ultimately allay anxiety tend to come from more dynamism, not less.

Resolving this paradox will not be easy. Look again at the list above of low-dynamism Great Lakes states: these were the states that carried Donald Trump to the presidency. Now, think about what policies he is pursuing to speak to the voters in those key states, such as immigration restrictions and manufacturing supports. The evidence in this new EIG report suggests that these sorts of policies will not spark greater dynamism in these communities. Rather, what America needs are leaders who can imagine and implement a blend of policies that both restore America’s economic dynamism yet at the same time allay the anxieties about that dynamism. 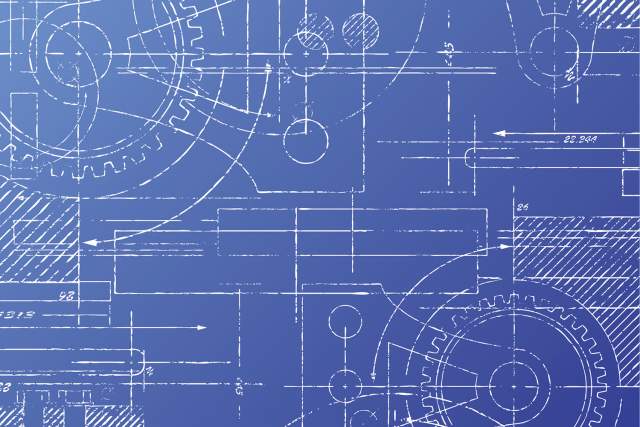 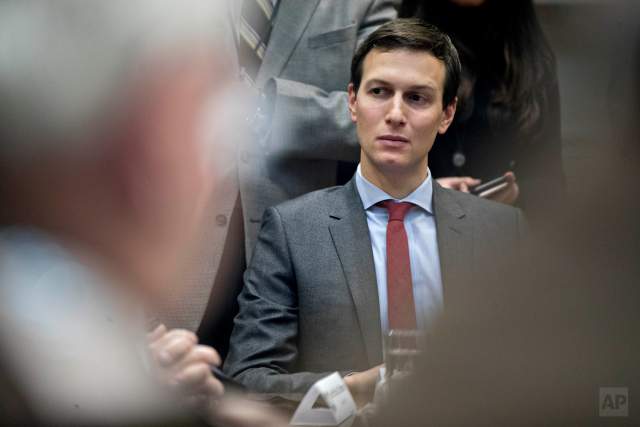 Government and business are fundamentally different, but a focus on technology and data infrastructure innovation within the federal government could drive significant job creation.