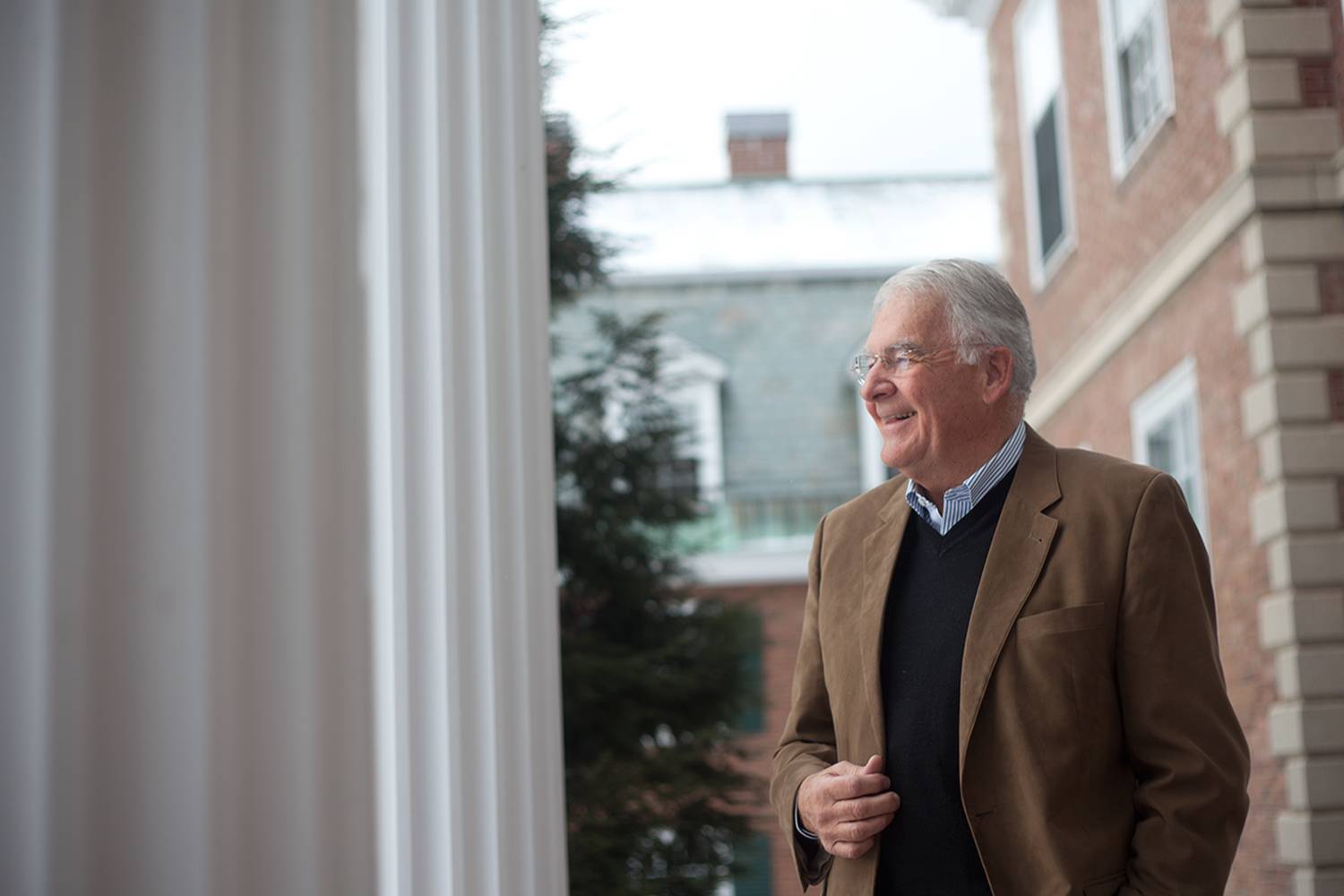 Shreve taught Ethics in Action at Tuck, a course designed to give students the tools they need to address ethical issues.

Forty-seven years ago, Richard Shreve was sitting in a pub on the campus of Harvard Business School when a classmate sat next to him and started talking about investment banking. Shreve, an Annapolis graduate and lieutenant commander in the Navy, had come to Harvard after seven years as an engineer on a nuclear submarine. One year into business school, he still wasn’t sure which industry he’d enter after graduation.

“Well, forget about Morgan Stanley,” his classmate told him. “You weren’t born into the right family. And second, you didn’t go to the right school.” Shreve nodded politely. “I’ll show you,” he remembers thinking.

And he did. After he graduated from HBS in 1970, Shreve spent 18 years at Morgan Stanley. “I can’t think of a better place to work,” says Shreve. “I loved my job there.”

The firm went public in 1986, and Shreve retired as a managing director and stockholder two years later. Years of studying finance and working in business left him longing for a taste of something wholly different—so he enrolled in Yale Divinity School, receiving his Master of Divinity degree in 1991. It was this blend of experience that helped inform his future years of teaching ethics at Tuck, a job he held for the next 25 years.

“I taught four classes in each of the five days of orientation week that year,” says Shreve, who retired from Tuck earlier this year. “Eventually that was transformed into a nine-session ethics mini-course, and then Dean Paul Danos suggested that we bring in other professors from various disciplines.”

Over the years, Shreve brought more than 50 different faculty members into the classroom to guest lecture on ethics as it related to their discipline. Shreve’s course, Ethics in Action, was designed to give students the tools they’d to make decisions when faced with an ethical dilemma. But he quickly realized that the structure of the course benefitted faculty just as much.

“The great advantage is that a professor who agrees to teach in an ethics course has to think about ethics in their discipline, and that tends to contaminate their curriculum,” says Shreve. “They feel more comfortable addressing ethical issues in their own classroom.”

After 18 years on Wall Street, Shreve has a good amount of credibility with students, which helps when he’s advocating for a certain course of action. He often draws on classic moral philosophy—which addresses questions of consequence, duty, values, and caring—to enhance moral sensitivity in students by exposing them to the various kinds of moral dilemmas they might encounter in business.

We have the undivided attention of our students for two years. Why not be intentional about transforming character?

But moral intention and moral courage are the stuff of character, says Shreve. “We have the undivided attention of our students for two years. So I said, ‘Why not be intentional about transforming character?’” he says. “I saw it not just an opportunity, but an obligation.”

Shreve taught his last course for Tuck in spring 2016. He plans to stay in the Upper Valley with his wife and may teach an occasional course in the future.

“It’s been a real privilege,” he says. “Tuck paid me to teach, but I would have paid them to do it."