Richard Townsend finds that venture capitalists can play an important role in innovation and growth. 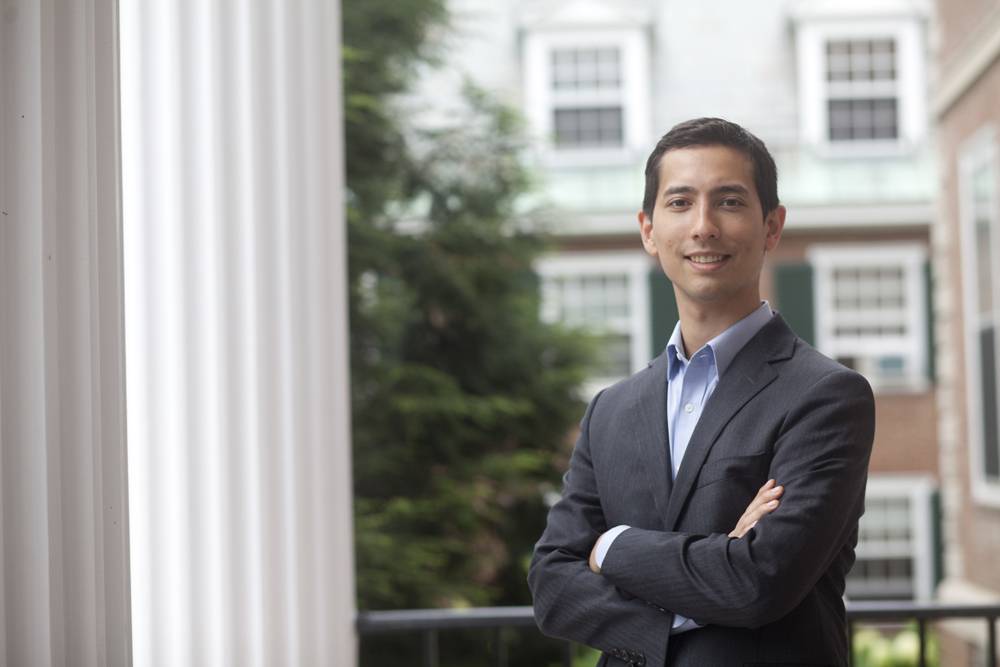 What role do venture capitalists play in a company’s success? Tuck assistant professor Richard Townsend took to the skies to find out.

The idea behind venture capital is that by investing their money and expertise, venture capitalists (VCs) help companies innovate and grow. Otherwise, why invest in the first place? The problem, however, is that there is very little evidence to show this is actually the case. It may be that VCs simply know how to pick a winner—one that would be successful regardless of their involvement.

Researchers have long struggled to settle this question, which is not only important to companies and venture capital firms, but also to local governments. If venture capital does generate growth for companies, then government policies that foster more investment could spur further economic growth for municipalities.

“The underlying assumption is that venture capital plays an important role in creating innovation and success—ultimately driving economic growth and employment and other things governments care about,” says Richard Townsend, assistant professor of business administration at Tuck. “But there’s not much evidence about what kind of government policies, if any, would be effective in stimulating venture capital activity.”

The problem, says Townsend, is that it is difficult to determine whether VC funding leads to success, or if it is simply correlated with it. Past studies have compared companies that receive investment with similar-looking companies that don’t, in an attempt to show that the former do better. But there is no way of knowing whether that success is ultimately a result of the funding or because the VC did his or her homework and saw something in the fundamentals that might not be apparent from the outside.

In a recent paper, “The Impact of Venture Capital Monitoring: Evidence from a Natural Experiment,” Townsend and his co-authors devised an ingenious way around this by looking not at which companies were funded by VCs, but at how much attention they paid to companies after funding them.

Townsend’s colleague, Xavier Giroud, a professor at MIT’s Sloan School of Management, had previously looked at changes in airline routes to examine their effect on supply chain management. Together with Shai Bernstein of the Stanford Graduate School of Business, the researchers wondered whether a similar technique could be used to show the effect on venture capital investment.

Time is money, after all, and Townsend says VCs are less likely to invest in companies that require a connecting flight in order to monitor. “Anecdotally, if you talk to VCs, they’ll tell you they are very sensitive to distance and travel time,” says Townsend. “A lot of chambers of commerce and local governments try to subsidize routes in order to encourage more VCs to invest there.” By examining when airlines introduced direct flights between cities with companies and investors, the researchers reasoned they could see the effect on performance.

To do this, they crunched three datasets: the amount of VC funding, compiled by Thomson Reuters; the number of patents and patent citations reported by the U.S. Patent and Trademark Office; and data on airline routes from the Department of Transportation. That last set proved most difficult; Giroud spent hours in Washington copying old records on microfiche, which the researchers then used to calculate travel time, including airport transportation and layovers.

Additionally, they had to rule out one other possible factor—that airline routes were being introduced at times when a city itself was booming, reflecting rather than causing company success. “So it might appear that connecting a company to a VC improves outcomes, when really what it proves is that the city is doing well,” says Townsend. By comparing companies in a city where a direct flight connected it to funders with other companies where it didn’t, however, they were able to rule out the possibility.

There’s no way of telling from the data exactly how much dollar growth the increased investment translates into, or whether investing in airline routes offers a good rate of return for cities looking for growth (as opposed to other policies such as offering tax incentives and low-interest loans.) The research does, however, convincingly show the effect of VC investment on company performance.

“Our results are good news for venture capitalists,” Townsend says. “Because they suggest they are not just passive collectors of companies that are already going to do well, but rather that they play an important role in promoting innovation and growth.”