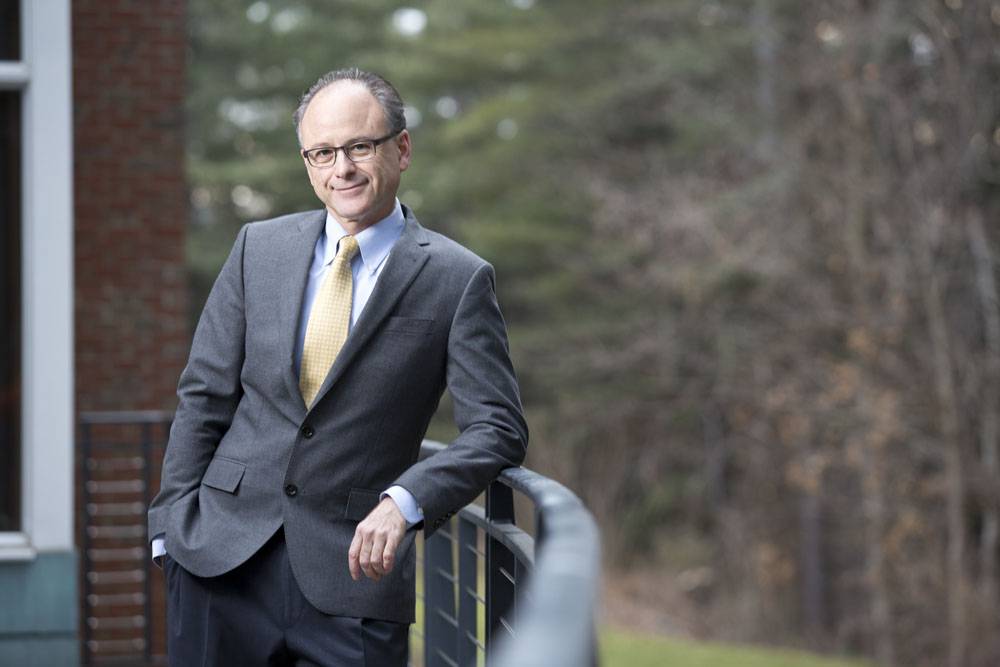 Professor Sydney Finkelstein—appropriately tagged #coffee crazy in his Twitter profile—is a very, very busy man. Teaching core and elective MBA courses, directing Tuck Executive Education programs, and continuing his research into leadership and corporate successes and failures, the already-prolific author of “Why Smart Executives Fail” and its follow-up, “Think Again,” is working on a new book about developing leadership talent in creative industries. All while sharing his knowledge via blogs, Twitter, and his new BBC column, “Syd Weighs In.”

Is there a difference in how and what you teach MBAs and more senior executives at Tuck?

I teach some of the same ideas, but my method of teaching differs because MBAs and executives tend to experience ideas a little differently, mostly because of where they are in their careers. For MBAs, the case approach is a more effective way for me to structure what I want to get across, and for students to internalize the lessons. With more senior executives, I’ll use lectures interspersed with discussion more than cases. The executive program participants have a much deeper experience base for processing the lessons, so they tend to learn by discussing their experiences with me and with each other.

What made you decide to embrace social media as much as you have as part of your work?

I’ve always been interested in the impact of ideas or teaching on people, whether MBAs or more experienced executives, and one of the ways in which you do that is by communicating your insights. And you’ve got to do that in a way that connects to people using more than just one, standard method. It’s part of my philosophy about what we do for a living as professors: the creation and the dissemination of knowledge. The creation part is the research, and the dissemination part is the part that’s exploded now through the media in different ways.

If you could write a book about any one company now, what company would it be?

There is no one company I would write a whole book on. No. 1, because I like variety, and No. 2, because I think you learn more by looking at different cases. There are some companies that I find really interesting, that I feel I can personally learn from, and that I think students can benefit from learning about: Amazon, Google, IBM. And then there is a whole other category of companies, in creative industries, which I think are America’s strongest export to the world. Those industries are where a lot of the big social changes are occurring: media, entertainment, a lot of Internet companies of course fit into that category, as well as architecture and fashion.

And those creative industries relate to the book you’re currently working on?

Yes. I’m interested in what we can learn from their leaders. People tend not to look at creative industries—they aren’t traditional Fortune 500 companies—but there are some really interesting stories and examples in them, and I think these lessons are also generalizable. In the book I’m writing now, the focus is all about developing talent, and how the world’s best talent developers do that. And entrepreneurs in the creative industries are also transforming cities—they’re making them much more livable and interesting. You see that in Brooklyn; Portland, Oregon, and Portland, Maine; Austin, Texas. These creative industries have had a big effect. Just about any city that wants to grow is going to need to make room for or create an environment that attracts this energy.

Would you say that all these companies or industries that you mentioned have a higher risk tolerance than others? And does that come from management?

Certainly younger, more entrepreneurial companies have to take more risks because they don’t have as much of a core to go on, and to some extent, that’s the definition of entrepreneurship. We talked about analysis and risk in the first Analysis for General Managers class this year: there are two things that great leaders, great strategists need to be able to do to build successful organizations. And they’re not consistent with each other—you have to be ambidextrous, in a sense, to do both. One is that you have to be really good at analytics, discipline, and focus—very deep and intellectually honest. Which is to say you see the world the way it really is, not the way you wish it was. But you have to do something else at the same time: you have to be innovative and entrepreneurial and risk taking and creative, which requires you to take a bit of a leap. It’s not enough just to be an analyst—there are plenty of people out there who can be analysts. The thing that differentiates people in the end—and this is true for all the great Tuck alums who have been extremely successful—is that when a big opportunity emerged, they had the guts to take a risk and go after it.

What would you like to say to Tuck graduates about leadership now?

With the financial crisis, there has been some bad press about MBAs on occasion, and questions about whether the MBA is really as valuable as it used to be. But there isn’t only one MBA—there are many varieties. The version we offer at Tuck, through the small scale and very close interaction it enables, gives people the opportunity to develop at a much more accelerated rate. And if you think about today’s challenges—whether it’s eradicating a disease, or improving education, or creating businesses and organizations—the skill set and the focus of business school is 100 percent the one you want. If you don’t know how to be an effective leader, build a team, develop good strategy, be innovative, adapt, and know the core disciplines of business, you could be the most well-intentioned person in the world, but you’ll be a one-man or a one-woman show. And your impact, while it could be very significant, is going to be highly limited. There’s no area in education other than business school that focuses on those skills. That’s what we do at Tuck, and it’s really powerful.