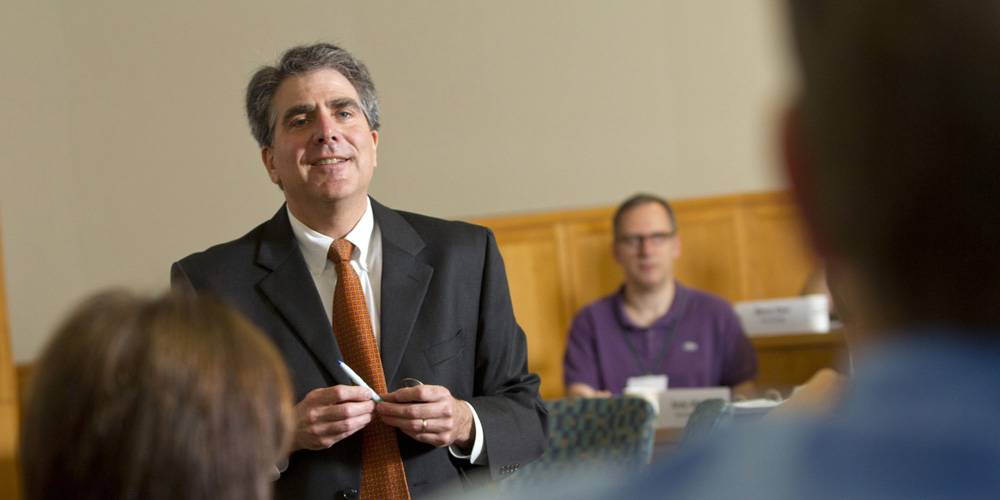 In a new study, M. Eric Johnson finds that hospitals that implemented electronic health care records improved their quality of care. Up to a point.

The Obama administration has made the adoption of electronic health records (EHR) a big part of its health care agenda. And to make sure hospitals and practitioners go along with the push, it has created some $30 billion worth of incentives to meet certain standards in migrating patient information online. In 2015, they’ll start imposing penalties for those who don’t make the grade. “Right now, we’re in the carrot phase,” says M. Eric Johnson, the Benjamin Ames Kimball Professor of the Science of Administration and faculty director of the Center for Digital Strategies. “The stick phase is coming.”

Despite the good intentions, however, there has been little evidence that those advocating for electronic records have achieved any of their goals. Back in 2005, the RAND corporation predicted that EHR would save at least $81 billion a year. But in January it admitted that estimate was overly optimistic in the face of an $800-billion increase in health care costs over the past eight years. The impact on quality of care has been more difficult to study, with different studies coming to different conclusions.

“Most of the work has been cross-sectional, looking at hospitals over a short time period, comparing hospitals that have adopted standards to those that haven’t,” says Johnson. “There are all kinds of problems with that. Hospitals that tend to adopt it often had better quality to begin with and there are a million and one reasons why a hospital might be better—types of patients, location, other kinds of technological processes unrelated to EHR. We wanted to get rid of all of those confounding factors.”

To do that, Johnson, along with research fellow Ajit Appari and Dartmouth sociologist Denise Anthony, set out to track changes in quality over time in the same hospitals as they adopted more advanced EHR processes. While digitizing medical information might seem like a good idea to the average person, improving outcomes by helping to better coordinate care, the issue is more complicated in a fast-paced medical environment. “Being an IT zealot myself, like many Americans I would say, 'Of course this is going to make things better,'” says Johnson. “You end up with a much more thorough record that follows the patient from doctor to doctor, and you can layer all kinds of intelligence on it to reduce medical errors.”

But some doctors have opposed EHR, believing it interferes with the way they practice medicine. They argue that inputting data cuts into time they might spend with their patients, or may cause them to miss medically important issues by being too focused on the computer screen.

To determine whether EHR improves medicine, Johnson and his colleagues married two databases. The first is produced by an organization that tracks the adoption of IT by hospitals around the country, rating them on a five-point scale based on technological sophistication. The other database, produced by the Department of Health and Human Services, tracks quality of care in four major qualities: heart attack, heart failure, pneumonia, and surgical care. In each category, institutions are ranked according to how well they provide the right treatment for each of these conditions.

By crunching the data together over the last five years, the researchers were able to measure whether or not these quality measures improved as hospitals adopted more and more sophisticated technologies. When they did, they found that, in fact, EHR had led to improvements over time—at least up to a point. Hospitals that had improved their technology up to government recommended standards saw small improvements, with the hospitals with the worst quality showing the biggest improvements. “When you start translating for any specific measure, you are talking about 10 to 15 people per thousand who got the recommended treatment,” says Johnson. “Is that a huge improvement? No. But if you are one of those 10 or 15 people, you are pretty happy about it.” It is also a significant finding in that some previous studies found no improvement, or quality actually getting worse with EHR implementation.

Johnson’s study does come with a caveat, however. While hospitals did improve up to the point, those hospitals that implemented the most advanced systems actually saw small declines in quality. There are some possible reasons for that. There are few of these advanced hospitals to begin with, and the technology improvements are more recent, so there may be a steeper learning curve involved. “But certainly that’s a cautionary tale,” says Johnson. “More and more doesn’t always mean better.”