Despite daily fusillades between Republicans and Democrats over taxes and federal spending, there is now more reason for optimism that the two parties can reach a series of agreements to slash deficits and the U.S.’s burgeoning federal debt. 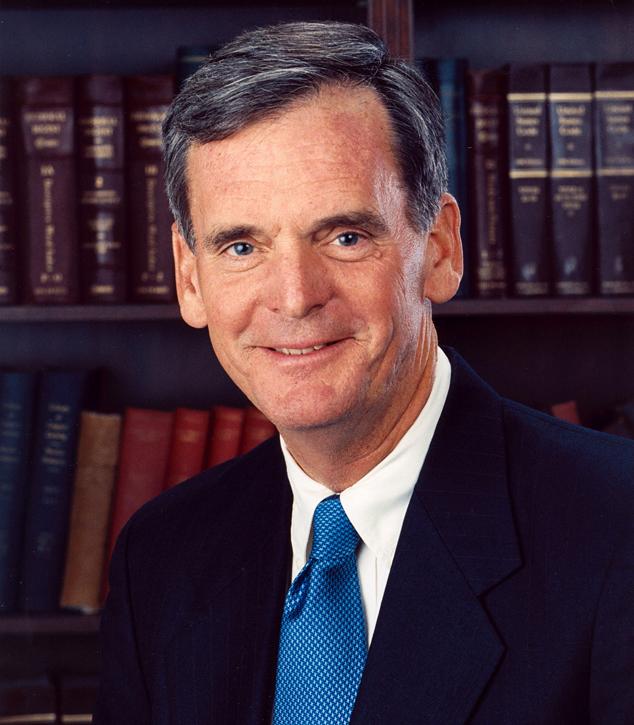 That was the message of Judd Gregg, a Republican and former Senate Budget Committee chairman in an address to Tuck School of Business students April 9. U.S. debt averaged less than 50 percent of the country’s annual gross domestic product from 1960 until the middle of the last decade. It has since grown to over 70 percent of GDP due to rising costs for entitlement programs like Medicare, the costs of the wars in Iraq and Afghanistan, “unpaid-for” tax cuts, and the economic stimulus programs enacted in the wake of the 2008 financial crisis.

Yet Gregg foresees that President Obama will be motivated to burnish his presidential legacy by reaching a deal with Congressional Republicans to set the country on a more sustainable fiscal course. A grand bargain, or a series of smaller deals that cut spending and raise revenues, would remove uncertainty about America’s ability to pay its future debts and spur investment and spending.

“Our economy will explode,” said Gregg, in a talk hosted by the Center for Global Business and Government and moderated by Professor Matt Slaughter, the center’s faculty director. “We are on the cusp of a major economic expansion. The only thing that’s retarding us is our fiscal policy.”

After leaving government in 2011 following 30 years as a U.S. representative, New Hampshire governor, and U.S. senator, Gregg has been co-chairman of the Campaign to Fix the Debt, an outgrowth of the bipartisan National Commission on Fiscal Responsibility and Reform appointed by President Obama in 2010. Better known as the Simpson-Bowles Commission, the group issued a plan outlining $4 trillion in deficit reduction through 2020 by capping spending and raising new revenue. It also included a call to control looming health care costs and to simplify the tax code.

President Obama backed away from the Simpson-Bowles Commission’s recommendations when its report was released in 2010. Yet the report has helped set the parameters of the debate about deficit reduction, said Gregg, who praised the president’s recent budget proposal for compromising on some issues important to his party, such as cost of living adjustments to Social Security.

The Campaign to Fix the Debt, which includes several members of the Simpson-Bowles Commission, has grown to include more than 125 chief executive officers of major companies as well as political luminaries including New York City Mayor Michael Bloomberg, Los Angeles Mayor Antonio Villarigosa, and former Pennsylvania Governor Ed Rendell.

Gregg urged Tuck students to work and invest in the U.S. in their careers, arguing that newly tapped energy sources mean long-term prospects for growth are better in North America than in debt-riddled Europe or in China, where the country’s “One Child” policy will soon lead to a rapidly aging population.

“We are going through a paradigm shift in this country which is extraordinary,” said Gregg. “Energy drives economic development and the fact that we’re going to have a huge competitive advantage over the rest of the world, coupled with the fact that this is the place where all the great ideas for companies like Apple and Facebook come from means we’re the place.”