Gender Equality Is a Finance Issue Too 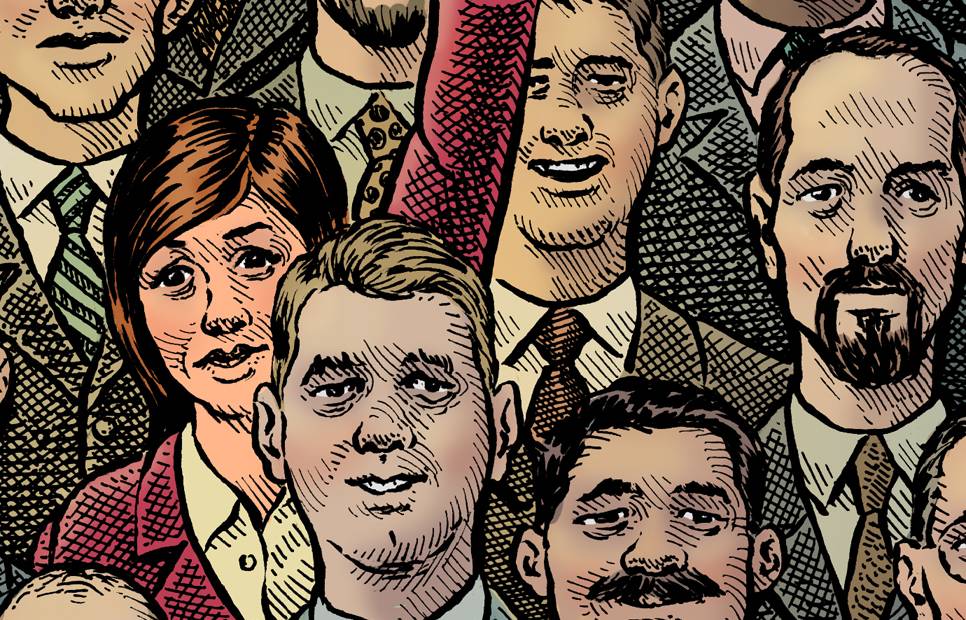 For most of her career, Karin Thorburn was a Tuck finance professor who researched the usual financial topics: merger negotiations, executive compensation, bankruptcy auctions, and the like. Then in early 2010, a Ph.D. student at the Norwegian School of Economics, where she had just begun teaching, convinced her to supervise his dissertation on Norway’s four-year-old law requiring public companies to have a gender-balanced board of directors. Thorburn didn’t know much about the law, but she didn’t like the idea of a quota—thinking like a traditional economist, she believed shareholders chose the optimal roster of board members. Supervising a dissertation, Thorburn figured, would be a good chance to test her gut reaction.

A few months later, the quota issue got a little more personal. Business professors Kenneth Ahern and Amy Dittmar had written a paper called, “The Changing of the Boards: The Impact on Firm Valuation of Mandated Female Board Representation,” which concluded that the Norwegian quota caused a 20 percent decrease in the market values of firms listed on the Oslo Stock Exchange. Thorburn, who had recently joined the board of a bank, found this outrageous. When the quota was implemented, its most common effect was to replace one male board member with one female. “There’s no way I could destroy so much of the bank’s value just by being on the board,” said Thorburn, who is now a visiting professor of finance at Tuck. “I saw a lot of weaknesses in their analysis.” When she read that paper, Thorburn knew her research was about to head in a new direction.

Women today comprise more than half of undergraduate students, but that representation hasn’t translated to board membership. In the European Union, corporate boards are 18 percent female, on average. Norway was the first country to mandate gender equality on corporate boards, in 2006. Since then, France, Germany, The Netherlands, Italy, Belgium, and Spain have passed similar laws. In 2013, the European Parliament voted to support the European Commission’s proposal to improve the gender balance in boardrooms, and the proposal is likely to pass the E.U. Council before long. Progress has been slower in the U.S., where women on average make up less than 20 percent of boards. A national campaign, 2020 Women on Boards, is working to bring the percentage up to 20 and beyond by the year 2020. In the United Kingdom, a group called the 30% Club has as a goal women comprising 30 percent of the boards of firms in the FTSE by 2015. None of these efforts is advocating for equality for its own sake, but because they believe gender-balanced boards will make better decisions for their shareholders and society.

But is that true? That’s the question Thorburn set out to answer when she began her own investigation of the topic. In the spring of 2014, she presented her research to the Swedish government in the white paper, “Women on Boards: A Review of the Research.” The findings reported in this paper include: a positive relation between female board members and firm performance; gender-diverse boards are more efficient monitors; companies with more female board members are more likely to have more women in top management positions; and the pay gap for female executives is much lower at firms with one or more women on the board. The paper is going to be a chapter in a new book on gender, wages, and careers that Thorburn is editing, to be published in December.

Meanwhile, Thorburn and Espen Eckbo, the Tuck Centennial Professor of Finance and founding director of the Lindenauer Center for Corporate Governance, addressed Ahern and Dittmar’s valuation assertion in a working paper entitled, “Board Gender Quotas, Firm Value, and the Rise of Female Director Power.” The latent question here is whether boards were predominantly male because males have the necessary experience to be board members while women don’t, or because women haven’t been presented the opportunities to join boards. If the former were true, then quotas would prove harmful to firm value because they would mandate the replacement of a qualified male board member with a potentially unqualified female member. If the latter were the case, an increased presence of women in boards would have either zero or a positive effect on firm valuation. Using a more robust empirical methodology, Thorburn and Eckbo reversed Ahern and Dittmar’s conclusion: “the quota law did not cause a statistically significant change in the market values of Oslo Stock Exchange-listed firms,” they found. The women were just as competent as the men; there were just less of them on boards, for some reason.

Reflecting on the underrepresentation of women on boards, Thorburn has changed her mind about quotas. It turns out there is probably an inefficiency in the system. “I’ve come to believe the nomination of new board members may be limited by existing networks and a biased search process,” she said, “where existing board members try to find their clones.” This belief is supported by evidence in their paper on firm value: since the Norway law went into effect, the networks of female directors have been catching up in size and power to the networks of their male colleagues.

Outside of Norway, the percentage of women on corporate boards is increasing, especially in the countries that have passed or considered laws on the topic, or where there’s been an intense public debate. Nevertheless, Thorburn still hears from women who don’t want any special treatment. “I tell them, Who cares? If a quota is what it takes for the world to see that we’re competent, women should step up and not be bothered by it.”