Getting On with Governments, Globally

Tuck's new center focuses on the intersection of business and government. 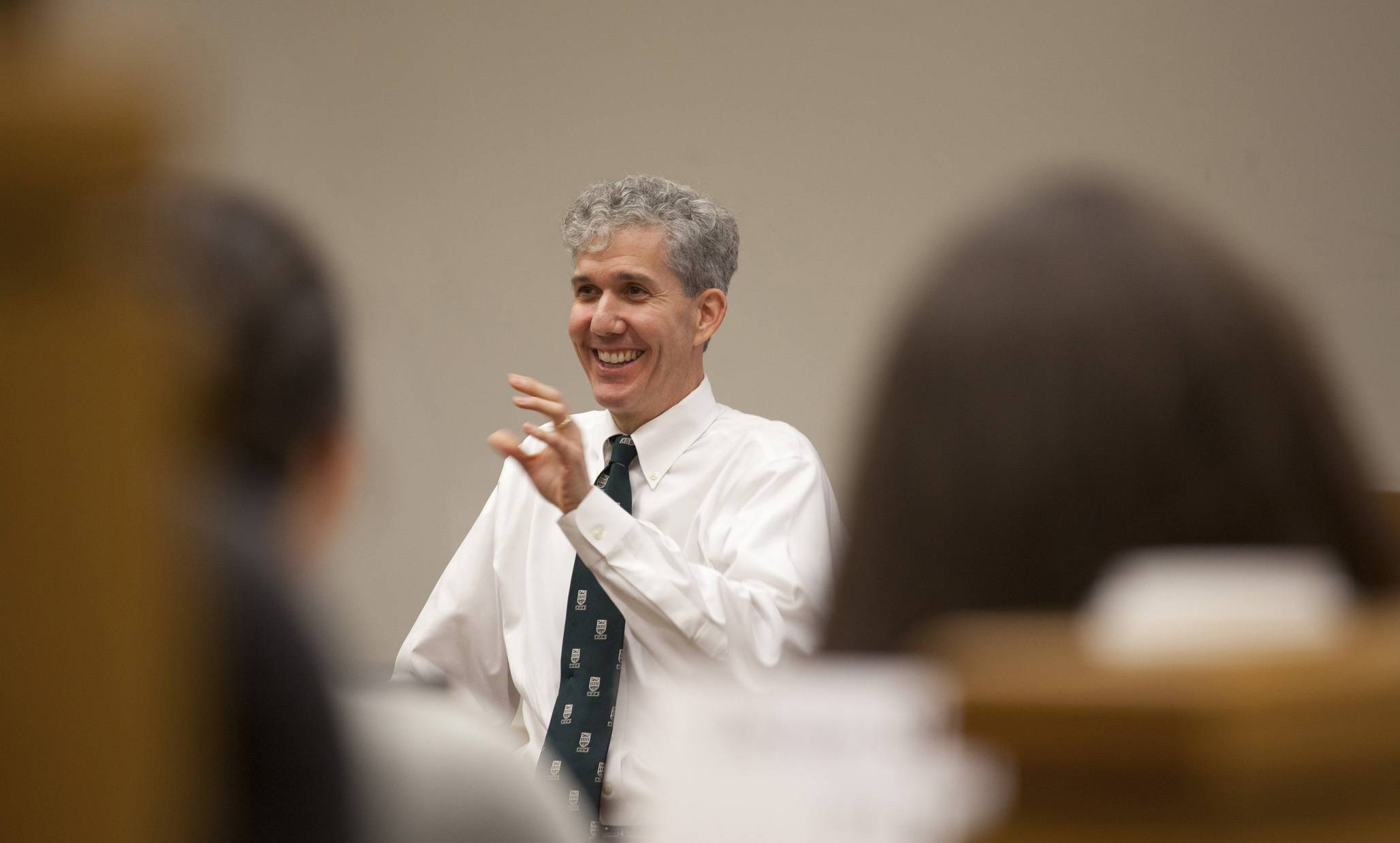 It was early 2009, and the global financial markets were teetering. Zachary Segal D’98, T’06, moved from San Francisco, Calif., to Washington, DC, to work at the center of the fray: the Treasury Department’s $700 billion Troubled Asset Relief Program (TARP), the bailout fund designed to stabilize the markets.

When he started work in the catacomb-like basement of the historic Treasury Building, next to the White House, Segal was struck by Treasury’s close interaction with financial market players. “I remember walking down there in the basement and thinking, ‘It’s the auto companies on line one, it’s a significant financial institution on line two,’” says Segal, a former Goldman Sachs investment banker.

Tuck’s new Center for Global Business and Government aims to help prepare students for experiences like Segal’s. Headed by Matt Slaughter, the Signal Companies’ Professor of Management and a former economic adviser to President George W. Bush, the center focuses on preparing managers to better understand and shape the interactions between business and government, from Pennsylvania Avenue to Paris or Pretoria.

Such a background is increasingly important in a world economy where national governments play an increasing role in mediating global economic interactions—and where state-owned enterprises from emerging powers such as China and Brazil now compete internationally.

“The role of governments in direct and indirect ways regarding what global business can and should do is a major, major consideration for business leaders around the world,” says Slaughter, who also serves as associate dean for faculty at Tuck. “There is a lot of interest in this issue of the intersection of global business and global governments, particularly as billions of people living in BRIC countries and beyond advance into the global economy.

As a successor to the Center for International Business, the new organization oversees a group of MBA fellows, providing students with the opportunity to travel internationally and conduct research with faculty. It also supervises a robust speaker series with a focus on international business and government, with guests such as Cynthia Carroll, Anglo American’s chief executive officer; Fred Hochberg, chairman and president of the Export-Import Bank of the United States; and Gary Chu, president of General Mills’ Greater China subsidiary.

The center is also going to be working to create a new set of electives at Tuck built around the Tuck’s international Learning Expeditions. These trips of up to 10 days feature intensive immersion in the business environment of countries as diverse as Israel, South Africa, and Japan.

“A lot of global learning has to happen not just intellectually but experientially,” says Slaughter. “These learning expeditions are taking some of the best traditions of Tuck and translating them into a great educational experience around the world on global business topics.”

The expeditions are meant to prepare MBA students for careers like that of Dan St. Martin T’02, director of Deere & Company’s combine product line for Russia and the Commonwealth of Independent States. St. Martin was previously general manager of the farm-equipment manufacturer’s joint venture in China, where it partnered with a state-owned company.

There, he quickly discovered that being in business with the Chinese Communist Party was quite different from selling agricultural equipment in traditional markets like the U.S. and Canada. The Chinese government was focused not just on selling agricultural machinery but in promoting the mechanization of agriculture through subsidies, a project that outlined what types of machinery the joint venture should produce.

“A government’s objectives and strategies won’t necessarily be at odds with business, but they’re going to be clearly different,” says St. Martin. “Similar to the game of chess, if you don’t know the rules of the game you’re going to lose.”

Segal, who left his position as director of strategic initiatives and credit market programs in Treasury’s Office of Financial Stability last year to return to the private sector, says that the leadership, management, and analytical skills he learned at Tuck are as vital to work in government as they are in the private sector. The salaries may be lower, but there are other forms of compensation, he adds. “It was really a highlight of my career,” says Segal. “There is psychic income that cannot be underestimated.”

Slaughter says that the increasing importance of international business and government relations is unlikely to recede soon. “Whatever country you come from, you will need to think about how to operate globally, both in terms of who your customers are going to be and who your colleagues are going to be,” says Slaughter. “The demand in the world in companies and governments for leaders who can understand and try to resolve [global financial] complexity has never been higher.”