Golder has been recognized by the Society for Marketing Advances for his use of the historical method in marketing research. 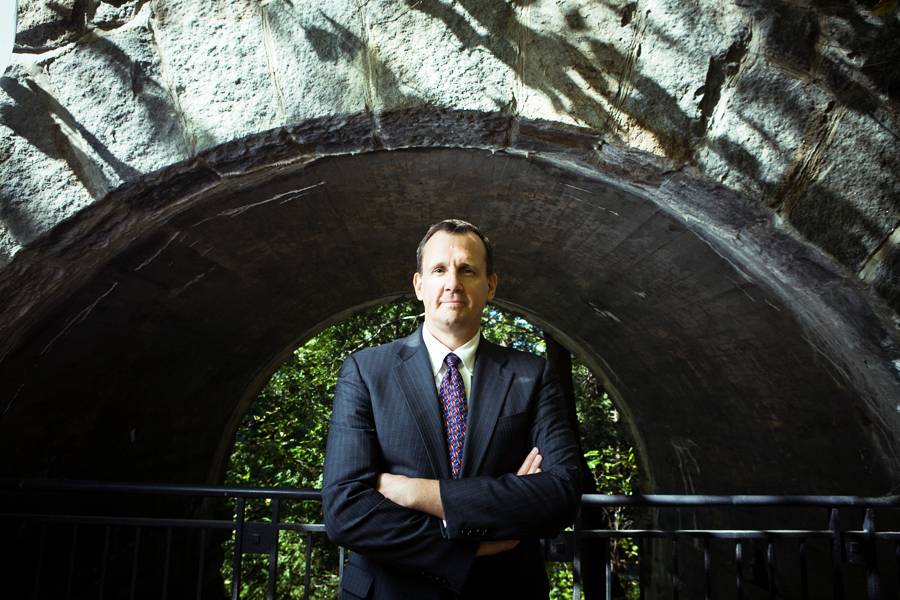 Peter Golder has been recognized by the Society for Marketing Advances for his use of the historical method in marketing research.

For Peter Golder, a celebrated professor of marketing at Tuck, the pursuit of scholarly research has always been about one thing: the data. While the media, business practitioners and even business school professors have been all too happy to adopt seductive marketing theories and creation stories, Golder has played the role of the fact checker, debunking long held beliefs through deep and meticulous historical analysis.

Golder has been at this for the better part of 20 years, publishing many influential papers and co-authoring the book Will and Vision: How Latecomers Grow to Dominate Markets, which won the Berry Book Prize in marketing and was selected as one of the top ten books of the year by Harvard Business Review. In recognition of his illuminating work, Golder has won numerous awards and seen his research featured in the popular press.

The newest addition to Golder’s accolades came on November 1, when he received the Distinguished Scholar Award from the Society for Marketing Advances, during its annual conference in Orlando, Fla. According to Arch G. Woodside, the chair of the selection committee, Golder was selected for the award because of his “brilliant work and nurturing of the historical method in research in marketing.”

Surprisingly, Golder didn’t intend to become a leader in the use of history in marketing research. He simply started with a question: When does the first-mover advantage theory work? To get at the answer, Golder had to look at marketplaces that existed decades ago, when products and firms were forged. When he did that, he came away with some intriguing evidence. “I realized that it’s not just a matter of sometimes the theory works and sometimes it doesn’t,” he says, “but that the whole theory doesn’t really hold water. I didn’t start out with the notion that the first mover advantage was flawed.” In fact, Golder found that first-movers more often fail than succeed, and that the failures are regularly tossed aside and forgotten. “History is written by the victors,” Golder says. “It’s not just true in war and politics, but in business too.” Golder detailed his findings in a 1993 paper he co-authored with Gerard Tellis, “Pioneer Advantage: Marketing Logic or Marketing Legend?”, which they later turned into Will and Vision.

Seven years later, in a paper titled “Historical Method in Marketing Research with New Evidence on Long-Term Market Share Stability,” Golder debunked another myth: that brand leaders maintain their leadership for a long time. Golder traced the genesis of that belief to an article in Advertising Age in 1983, which said that 19 out of 25 brands that were leaders in 1923 were still leaders in 1983. But when he dug deeper, Golder found that the article was in turn based on a 1923 book with 100 categories of brand leaders, not 25. The author of the Advertising Age article had picked the best 25 out of 100. The true rate of success for brand leaders is closer to 23 percent, not 76 percent. “There’s a very different thought about leadership if it’s almost certain versus highly unlikely,” Golder says.

Golder continued in this vein in a 2009 paper titled “Innovations’ Origins: When, By Whom, and How Are Radical Innovations Developed?” In it, Golder, Rachel Shacham and Debanjan Mitra investigated the idea that radical innovations arise rapidly, through individuals coming up with breakthrough technologies. By studying 29 innovations—such as the television, microwave and CD player—Golder and his colleagues traced the ideas back to the true originators and tracked the progress to “macro-commercialization.” Radical innovations, they found, take an average of 50 years to become mass marketed products. Radical, yes. Sudden? No.

These sorts of insights were hard-won and required a different approach than the usual business research method. “I was looking at events that happened over 10, 20, 50 years,” Golder explains, “so the historical method allowed me to look at strategic issues over a long period of time and fill in some data that was missing from other methods.”

For Golder, the Distinguished Scholar Award is a nice acknowledgement that his method is valid, because that hasn’t always been the prevailing belief. “There were papers written in marketing that equated historical analysis with stories and anecdotes, but almost in a very dismissive way, not rigorous and scientific,” he says. “Hopefully, the award lends legitimacy to people trying to apply the method in other contexts.”

Ultimately, the method is less important than the results, Golder stresses. Whatever he does, he wants it to have a practical application and inform his teaching. “The starting point for me is still how something will be of interest to managers,” he says. “Managers want to know how to develop a radical innovation, and one way to figure that out is to see what worked well in the past.”