The hospital of the future is operating now. 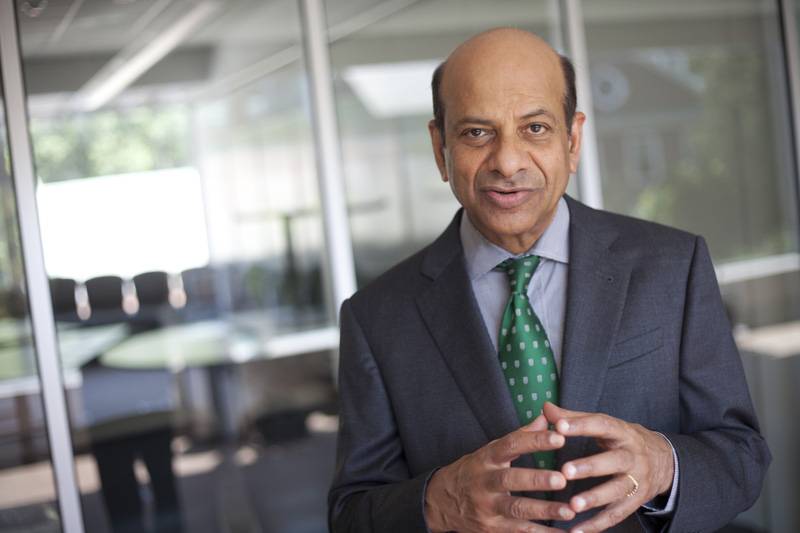 The hospital of the future is operating now. And it’s in India.

At a time when health care costs in the United States threaten to bankrupt the federal government, this new breed of Indian hospitals is performing the same medical procedures for 5 percent of the cost. That may not seem surprising—after all, wages in India are significantly lower than they are here—until you consider two points.

Those were the surprising findings of Vijay Govindarajan, the Earl C. Daum 1924 Professor of International Business and the Founding Director of Tuck's Center for Global Leadership. In a study of nine Indian medical institutions to appear in Harvard Business Review in November, Govindarajan found that when it comes to health care innovation, they surpass the efforts of other institutions around the world.

Faced with the constraints of extreme poverty, these Indian hospitals have had to operate more nimbly and creatively in order to serve the vast number of poor people in need of medical care in the subcontinent. “Growing up in India, I could see firsthand that we had too many problems and too few resources,” says Govindarajan, author of the book Reverse Innovation. “The only way you can solve that challenge is through innovation.”

But how do they do it? Govindarajan identified three major trends that have allowed these Indian hospitals to cut costs without sacrificing quality of care. The first is something he calls a hub-and-spoke design. Traditionally, Indian hospitals, like those in the U.S. and Europe, were founded in major population centers. In order to reach the masses of people in need of care, however, they began opening smaller clinics in more rural areas feeding into the main hospital, similar to the way that regional air routes feed into major airline hubs.

This tightly coordinated web cuts costs by concentrating the most expensive equipment and expertise in the hub, rather than duplicating it in every village. At the same time, it also creates specialists at the hubs who perform high volumes of focused procedures, developing skills that helps improve quality. By contrast, hospitals in the U.S. are spread out and uncoordinated, duplicating care in many places without high enough volume in any of them to provide critical mass of procedures. “We have too many hubs and not enough spokes,” says Govindarajan.

The second innovation that has led to the success of the Indian model is something Govindarajan calls task shifting. These hospitals transfer responsibility for routine tasks to lower-skilled workers, leaving more expert doctors to handle only the most complicated procedures. Again, necessity was the mother of invention; since India is dealing with a chronic shortage of highly skilled doctors, hospitals have had to maximize the duties they perform. Required to only perform the most technical part of an operation, doctors at these hospitals have become incredibly productive—for example, performing up to five to six surgeries per hour instead of the one to two surgeries common in the U.S.

This innovation has also reduced costs. After shifting tasks from doctors to nurse-practitioners and nurses, some hospitals have even created a lower tier of paramedic workers with two years training to perform the most routine medical jobs. In one hospital, these workers now comprise more than half of the workforce. Compare that to the U.S. system, where the first cost-cutting move is often to lay off support staff, shifting more mundane tasks such as billing onto doctors overqualified for those duties.

Finally, the hospitals in India create efficiencies through good, old-fashioned frugality. “There is a lot of waste in U.S. hospitals,” says Govindarajan. “You walk into a hospital here and it looks like a four-star resort; half of the building has no relation to medical outcomes, and doctors are blissfully ignorant of costs.” By contrast, Indian hospitals are fanatical about wisely shepherding resources, for example sterilizing and reusing many surgical products that are routinely discarded in the states. A $160 steel clamp used in heart surgery might be tossed after one use in the U.S., while one hospital in India will reuse it 50 to 60 times before throwing it away.

These hospitals have also pursued innovations in how they compensate doctors in order to reduce costly, unnecessary procedures. Instead of the fee-for-service model, which creates an incentive to perform more procedures whether a patient needs them or not, doctors at Indian hospitals are paid through fixed salaries—remaining the same no matter how many procedures are done—or team-based compensation, which uses peer pressure to incentivize fewer tests and procedures.

That may happen here sooner than we think. One renowned Indian heart surgeon is currently building a 2000-bed “health city” employing these practices in the Cayman Islands, a short flight from the US. In the same way that Southwest revolutionized the airline industry by showing competitors that the same service could be provided more cheaply, Govindarajan believes that facilities such as these in and around the US will put pressure on other institutions to innovate as well.

“Health care costs have always been a concern, but now they are paramount,” says Govindarajan. “Within 10 years they will become a crisis.” The example of these innovative hospitals from India could help alter that fate.