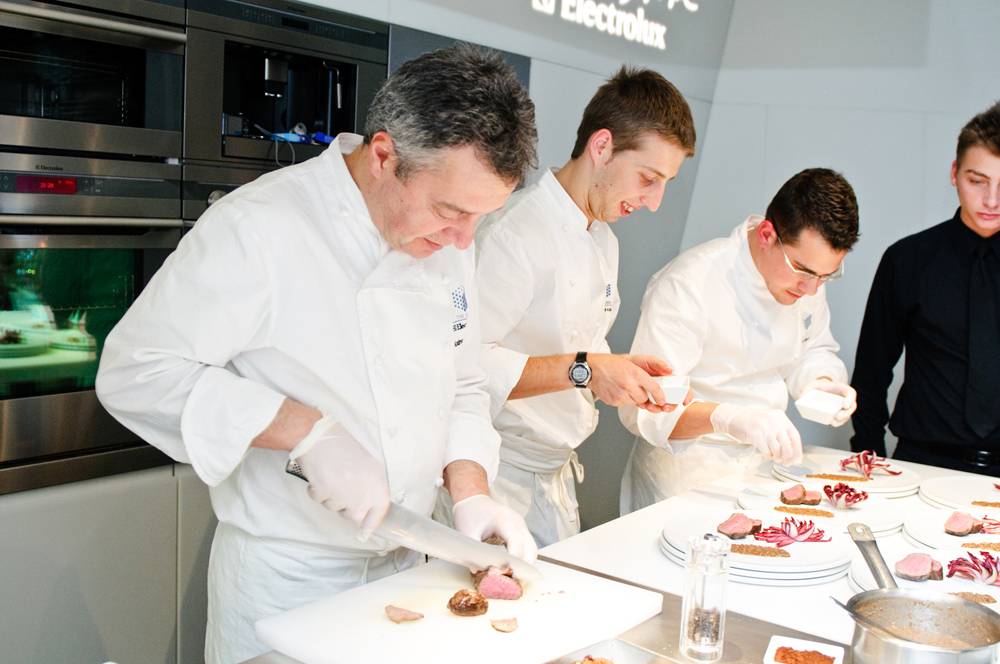 Knowledge, as the saying goes, is power. In business, the power of knowledge is in its ability to deliver value to the customer, something that can make a company profitable while setting it apart from the competition. So it’s no surprise that businesses don’t naturally want to share their knowledge. But what’s good for the firm in some cases may not be good for society. Name any life-saving technological breakthrough and it likely came from scientists building upon other scientists’ research.

Indeed, the stakes in the free flow of ideas are high. “When actors strategically withhold knowledge, important economic activities may be impeded, such as innovation, access to capital, and the development of clusters of expertise or centers of excellence,” write Tuck professor Andrew A. King, Giada Di Stefano of HEC Paris and Gianmario Verona of Bocconi University in Milan, in “Kitchen Confidential? Norms For the Use of Transferred Knowledge in Gourmet Cuisine.”

Intellectual property laws temporarily protect mature ideas, such as written works and inventions. But what mediates the sharing of the massive ferment of thoughts and conjectures that may ultimately lead to something extraordinary, or the transfer of something as quotidian as a recipe? That’s the question King and his colleagues study in “Kitchen Confidential,” which appears in the 2013 Strategic Management Journal.

The authors hone in on one possibility: social norms. They hypothesize that norms—or standards of behavior— and context play a key role in how people decide if and how they will share their private knowledge. This is not a new idea; blogs and articles have proposed that norms encourage innovation in circumstances where ideas can’t be legally protected. The contribution of the paper is twofold.  First, they argue that it might be the norms of knowledge users, rather than creators, that might be most important.  Second, they rigorously test the importance of social norms in a setting where creativity is paramount: among chefs at hundreds of restaurants in Italy listed in the Michelin Guide.

To get at this question scientifically, King and his colleagues consulted with eight Michelin chefs working in Milan, who helped the researchers construct realistic scenarios of knowledge transfer, social norms and relationships with colleagues. The chefs told them that culinary knowledge falls into three categories: recipes, recipes of signature dishes, and cooking techniques. Furthermore, the chefs said, there are three unwritten rules all chefs follow when they are the recipients of culinary knowledge: they won’t copy a recipe exactly, if they do make something similar they will cite the recipe’s creator on the menu, and they won’t pass the recipe on further. “Spookily, they all say this,” King reports. The authors then administered a scenario-based experiment to head chefs of 2,529 restaurants, to assess what guidelines they used in sharing their culinary knowledge. The response rate was 21.1 percent, with 492 complete surveys.

The findings show that there are two ways the respondents protected their ideas: refusing to share them, and only sharing them with people they trusted would follow the norms. “We found that chefs use both of these, and think strategically about which one is going to work,” King says.

More specifically, the authors identified a few factors that help chefs decide if they can trust someone else with their recipe (they call this the “context of conformance”): the reputation of the knowledge recipient, the degree of competition with the recipient, and the visibility of the recipient’s actions. Chefs were less likely to pass their recipes to competitors than to non-competitors. They were more likely to share knowledge with chefs of high repute, figuring that such chefs have less need to steal and more to share in the opposite direction. And they were more likely to share recipes with chefs whose behavior was highly visible—such as chefs located in close proximity—because the visibility would deter a departure from the norms. This could explain why “restaurant rows” are often so good: the chefs build on their neighbors’ creativity.

Not surprisingly, the implications of this paper reach far beyond the habits of chefs in Italy. Open innovation, a sort of crowd-sourced twist on problem solving, is becoming more prevalent as corporations seek input from their customers. Open programming competitions capitalize on the brainpower of thousands of entrants, rather than a much more limited pool of in-house developers. These processes and others are governed by social norms of knowledge sharing. “Perhaps, if there are conditions that make norms stronger,” King says, “we could end up with better innovations.”

A. King, G. Di Stefano, and G. Verona, “Kitchen Confidential? Norms For the Use of Transferred Knowledge in Gourmet Cuisine,” Strategic Management Journal, 2013.

Giada Di Stefano is an assistant professor of strategy and business policy at HEC Paris. Gianmario Verona is a professor of management and technology at Bocconi University and has been a visiting professor at Tuck.