How to Get a Job in Consulting

The first step to becoming a consultant is understanding what the job is. 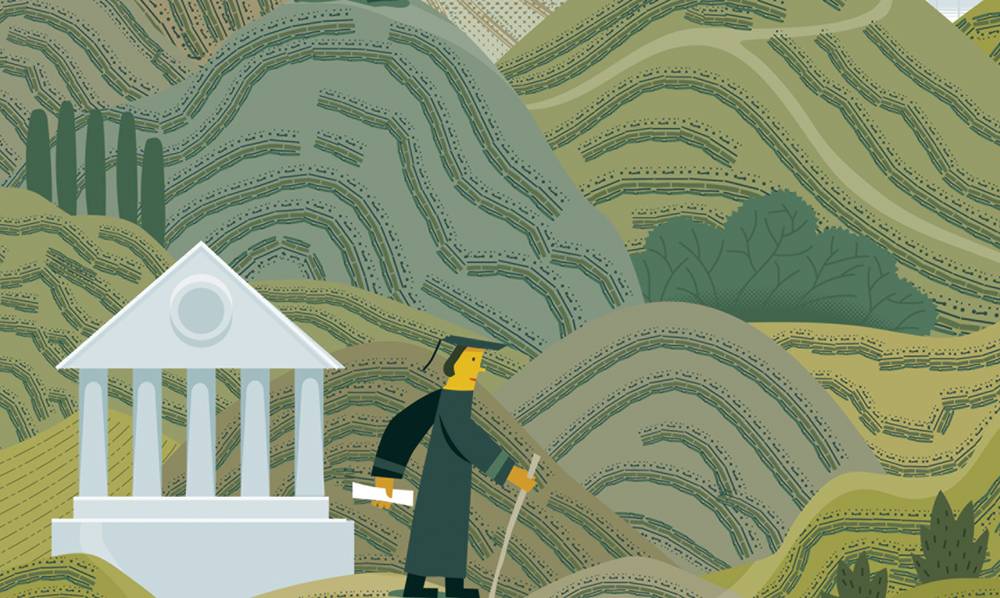 Tuck career counselor Stephen Pidgeon T’07 draws on his own experience as a consultant in a new book demystifying the recruiting process.

Stephen Pidgeon T’07 has seen the consulting recruiting process from all sides. First as a Tuck MBA student, then as a McKinsey & Co. consultant vetting new recruits, and now as associate director in Tuck’s Career Development Office. Many students come to business school with the goal of landing an offer in this hyper-competitive industry. To help demystify the process, Pidgeon recently authored a new book, “How to Get a Job in Consulting.” In it, he covers everything from consultants’ enduring love of Microsoft PowerPoint to why hiring partners are sometime intentionally rude during job interviews.

Why did you write this book?

Consulting is the most popular career path for MBA students, and consulting jobs are extremely competitive. This means there are a lot of very hard-working people competing to get some very prestigious jobs. The biggest problem is that most candidates are working very hard to get a job they know almost nothing about. Imagine applying for a job when you actually don’t know what that job is? How would you even formulate your answers for the interview? The first goal of the book is to give students a practical understanding of what the job is.

The next hurdle is that the recruiting process is full of opportunities for students to succeed or fail. Traditionally students focus on the case interview, and throw a huge amount of time and effort into practicing for it. But the reality is that by the time the interview comes around, companies often will have already formed a hypothesis about whether the student is going to be somebody they might want to hire.

When I was a consultant I used to go to networking events at universities and I’d get cornered by candidates who were asking all the wrong questions and making themselves look bad. I’d think, Why are they acting like this? The answer I think is that they are ordinarily sensible people who are under a lot of pressure, and who suddenly find themselves in a situation for which they have no training or sense of what works and what doesn’t. As a result, they fall back on stereotypes of what they think they should be doing.

This book aims to outline the whole recruiting process, a process that starts essentially as soon as students arrive on campus.

What’s the most common misconception about what consultants do?

The most frequent question I would get from friends and family when I became a consultant was, “How can you advise a top executive who has been working in his field for 30 years, when you have no experience of his business?”

The answer is that consultants don’t just arrive and dispense answers, like the Wizard of Oz. Often they are facilitators of a process that helps uncover a solution, a lot more like a detective. The process helps steer you toward clues to discover how a business can be improved. Of course, after being a consultant for a while, you do start to develop actual expertise in a field, and then you can bring a lot of value to the client not just by being a process expert, but by being able to say, “I haven’t worked in your company before, but I have seen a similar situation in a large number of other fields. Perhaps we can learn from those situations.”

What are the steps to getting a consulting job?

The first step is understanding what the job is. If you can do that, you can decide whether you might be the type of person that can do the job well and work on how to articulate that.

Another major obstacle for many people is getting in front of a recruiter. These are some of the most exclusive companies in the world, and they don’t just hang out a sign saying “hiring.” Many of them have defined channels they recruit from, and the biggest of those channels is to use a set of “core” business schools. In fact, the ability to get an interview with a company like McKinsey is a big reason for many people to choose a top B-school. Once you arrive at such a school there will be a whole program of events that will allow you to get to know the company, get to know the many alumni who are already there, and start to practice your interviews.

The other major obstacle is the interview itself—companies use a very particular kind of interview known as the case interview. Students will commonly spend a large portion of their time on case practice, from the time they arrive at business school to January internship interviews. It’s not uncommon for a candidate to do more than 100 practice interviews, plus they will give just as many practices to friends and classmates.

Why is Microsoft PowerPoint so popular with consultants?

PowerPoint is the medium by which consultants share ideas. It is a lot more than a presentation tool; it is a repository of thought. Almost every conversation amongst consultants will be about a ‘page’ or a ‘deck’ or ‘pack.’

At first, this can seem very limiting, but after a while you realize that it is a very efficient and effective way of collaborating. If pages are created at every step of the investigation and analysis, then thoughts can be shared and refined continually. The alternative would be that the work would stay locked up in one person’s head until they were ready to write their final report. By committing everything to paper all the way through, the whole team and the client can engage in the thinking. This application of a team’s intellect and analysis is very powerful.

What are some common mistakes students make when interviewing with consulting companies?

The biggest mistake students make is thinking that success or failure rests solely on their performance in the case. There is so much written about cases, and so much mental energy is expended on learning this strange new skill, that students forget that this is just one element in the process.

In fact, an interviewer will often overlook an error in the case if they see what they are looking for in the rest of the interview, which is a lot more about “does this candidate feel like a consultant.” If a candidate can come across as professional and intellectually curious, while demonstrating excellent people skills, they will be a long way toward getting the job. If they then get a number wrong in the case, that’s not fatal. On the other hand, if they ace the case, but can’t look the interviewer in the eye, they will never get the job.

Why do partners at consultant interviews sometimes come across as rude?

By the time a partner is interviewing a candidate, that candidate has usually already passed through initial interviews with more junior consultants. So the partner can already assume that this candidate has met the bar in terms of the basics of analytical skills. The biggest question a partner has is ‘can I put this person in front of my most important client?’ So the partner might take on the role of ‘pressure-testing’ the candidate to see how they will react under pressure, perhaps even in the face of rude or negative behavior. If you were a partner who was about to hire someone, you’d want to be sure that person wasn’t going to act badly the minute that they were put under pressure. In fact, you’re looking for the star who can turn around such a situation and end up building a relationship.

“How to Get a Job in Consulting” is available as a Kindle e-book and in paperback from Amazon.com.