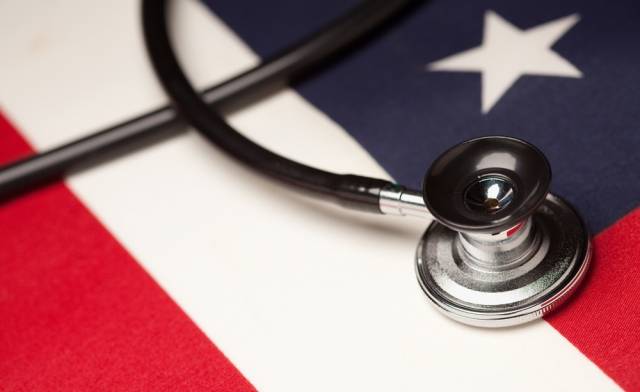 With the threat of repeal gone, Tuck senior associate dean Robert Hansen considers what’s next for the health care law.

President Obama’s re-election and the Democrats’ retention of their U.S. Senate majority ensure that the 2010 Affordable Care Act (ACA), which Mitt Romney had vowed to block and repeal, will be implemented. Tuck senior associate dean Robert Hansen, who teaches the Health Care Economics course in Dartmouth’s Master of Health Care Delivery Science program, argues that state officials that have delayed implementing key parts of the law need to move beyond political point scoring.

What has changed is that any threat of repeal or non-enforcement is now off the table. The key components of ACA will be implemented. There will be much tinkering with the bill over the coming years, but I think it will serve as the foundation from which further reform will occur.

Governors of a number of states, including New Hampshire, Missouri, and Kansas, have said they won't set up the health insurance exchanges mandated under the law. What does this mean for consumers, hospitals and insurance companies?

The insurance exchanges are one of the better features of ACA, so it will be too bad if some states do not follow through. If they don't, the federal government will do it for them—and I am not sure that will be a better solution. Get over it, guys...and get on with the work of implementation and making things better.

In June the Supreme Court ruled that the mandate that virtually everyone have health insurance was constitutional. However, it also ruled that states cannot be required to cover all of their poor through Medicaid, and could reject federal Medicaid funding tied to the expansion of the program. What does this mean for hospitals, consumers and state budgets?

This is a bit tougher than the implementation of exchanges, because by accepting the new Medicaid provisions the states are committing themselves for a long time. While the federal government has promised to pick up most of the tab, any reasonable person who looks at the federal budget situation should be concerned about the viability of that commitment. In the end, I expect, though, that all states will accept the Medicaid expansion.

The amount of federal money—that is, tax receipts from other states—that a state would lose by not accepting the expansion is very large. In a sense, the ACA sets up a big buffet table, inviting all the states to attend and eat all they can. Any state that turns down the buffet still pays for it, so you might as well go and eat—the Medicaid expansion is paid for by a variety of taxes, none of which can be avoided by foregoing the Medicaid expansion.

Is it likely that the law will lead to a widening gap among states in health care access if some states expand their Medicaid programs aggressively while others reject federal Medicaid support? What might be the consequences of this?

Do you foresee that parts of the Affordable Care Act will be altered or amended in the next two years?

Absolutely. Ideally, ACA should be part of a grand bargain for solving the country’s budget problem, as the expenses of ACA will be substantial. It is a new entitlement, and entitlements are at the core of our budget problems. Medicare will also continue to be looked at, as it has serious problems in its current state.

The Ryan plan could come back, and indeed is already present in limited form for both prescription drug coverage and Medicare Advantage programs. That notorious Independent Payment Advisory Board (which critics have dubbed a “death panel”) still needs to be appointed—it was supposed to have been appointed in September, but the election may have caused a delay.

Employer coverage will be monitored carefully, and if ACA is seen as hurting employment, I could see either the employer mandate being scaled down or increased subsidies to small businesses to provide health insurance for their employees. The exchanges will be continuously evolving. There will be changes to the prescribed things that insurance plans must cover. Stay tuned.