In a Class of Their Own 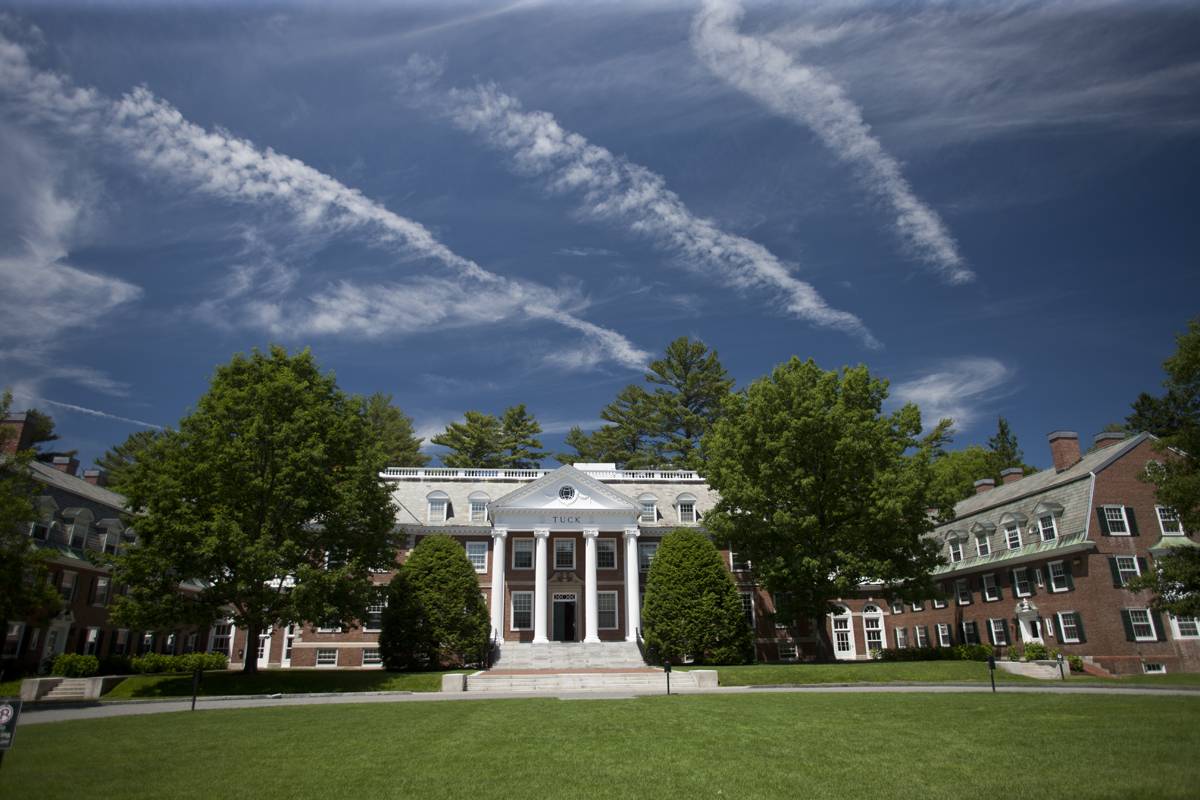 Alumni tap into their own experience—and the Tuck network—for a new Cumberland University seminar modeled after their time at Tuck.

Nathan Yi T’92 and Bill Williams T’77 didn’t mean to set a massive project in motion—at least not at first. The pair initially struck up a conversation at a Nashville, Tenn., Tuck ’Tails event last year, bonding over shared experiences in town and at Tuck. As they talked further, Yi shared an idea he’d been kicking around since his retirement: How best could they bring Nashville-area Tuck alumni together to help out the local community?

“There are probably about 15 of us in the greater Nashville area so we’re not talking a huge crowd—just enough to be dangerous,” says Williams with a laugh. “One of our goals was to get some of the younger grads in touch with the older grads to build a further Tuck presence here in town.”

Yi suggested they teach a class at his undergraduate alma mater, Vanderbilt, but Williams felt that they could make even more of a difference at a smaller college. Having been a member of the business advisory board for Cumberland University in Lebanon, Tenn., for the past six years and a good friend of the dean of its business school, Williams suggested to Yi that they start there.

“According to an estimate by its administration, about three-fourths of Cumberland’s students are the first members of their family to go to college and nearly half of them have never been outside of Tennessee or Kentucky,” Williams says. “One of the things the school hoped that Tuck grads would be able to bring is a bigger perspective as to what’s out in the world and how students might pursue it.”

The course took shape as a 12-week seminar entitled “Change Management.” According to the agreement, Paul Stumb, the dean of the business school, would select 16 of the university’s best students, regardless of major, and handle the grading while Williams and Yi would facilitate the actual class content. Modeling the approach on the things they liked best about the Tuck experience, Williams and Yi grounded the course in basic business principles while also emphasizing participation and collaboration.

“We wanted to give these kids a little bit of a skill set by starting off focusing on communication skills and financial analysis,” Williams says. “We wanted them to understand numbers and at least some of the lingo. Plus, if you can’t make a cogent presentation, you’re going to have a hard time convincing anybody to do or change anything.”

In addition, Williams agreed to recruit Tuck alumni to serve as visiting professors, who would each provide a two-and-a-half hour presentation and moderated discussion on a topic of their choosing. He rounded up 10 in total, representing a 35-year spread across classes: Mike Adair T’09 on entrepreneurship; Mary Margaret Burrows T’03 on data management; Sherilyn Butler T’00 on technology in retail; Wes Chapman T’81 on turnarounds; Deborah Roberts Horst T’88 on communications; Pace Ralli T’09 on alternate fuels; Erika Santos T’12 on presentations; Doug Whitman T’94 on finance; Williams on health care startups; and Yi on international career transitions.

Not all lived in the Nashville area—Williams bumped into the New York-based Ralli at a local Tuck ’Tails when the latter happened to be in town for business. After helping Ralli connect with a friend of his—Merritt Lane, the president/CEO of marine transportation company Canal Barge in New Orleans—Williams convinced both men to make special return trips to Tennessee to lead a course discussion and presentation. “Pace is one of the founders of Clean Marine Energy, a company that’s trying to convince the world’s shipping companies to convert from diesel,” Williams recalls. “So the students got to watch these guys discuss how they are going to bring liquefied natural gas to the Mississippi River. Perhaps the students saw the beginnings of a deal being made. That was pretty cool and a great illustration of how effective a change agent like Pace can be.”

Accordingly, the students themselves gave individual as well as group presentations based on areas where they could see themselves instituting or driving change, such as tackling America’s obesity epidemic or improving the hub-and-spoke configuration of modern airports. For their final, they wrote a paper analyzing a company of their choice’s response to changes in the world.

“These students received an experience unlike any they have had to date, benefiting from the insights and perspectives of Tuck graduates from multiple states, generations, and industries,” Stumb says. “Both the students and the administration at Cumberland University are grateful to and deeply appreciative of the generosity of these Tuck alumni.”

So positive was the feedback from students as well as their parents that Stumb is already talking with Williams and Yi to offer the course again. For their part, they hope that other Tuckies around the country and globe will follow their example and start something similar in their own communities—or consider visiting Tennessee to present in this course. After all, the challenges of creating something innovative, collaborating for the common good, and coordinating so many schedules were more than worth it, they agree, and very much in the spirit of the Tuck community.

Nowhere was this more evident than when Williams was forced to make a last-minute adjustment to the schedule and Erika Santos agreed to step in, despite one very new and pressing responsibility.

“My son, Sammy, was only a few weeks old when I lectured at Cumberland. Dean Paul was kind enough to let him and my husband hang out in his office while I taught—after all, it’s never too early for a first college visit,” Santos says. “It meant so much to me to contribute to this class because I realized that even though I just graduated from Tuck in 2012, I already have something to offer. This experience has challenged me to explore and commit to giving back more now and throughout my career.”

On the last day of class, one of the students gave Williams a handwritten note thanking him and all the experts for their time.

“He wrote that there were Friday mornings when he sure didn’t feel like getting up and going to class, but he figured that we didn’t want to drive 50 miles or miss a day of work to come, but that we would still be there, regardless, and so should he,” Williams says with a smile.

“You’re welcome,” he wrote in response to the student. “And I promise you: None of us did it for the pay.”