In Brazil, A Sporting Chance 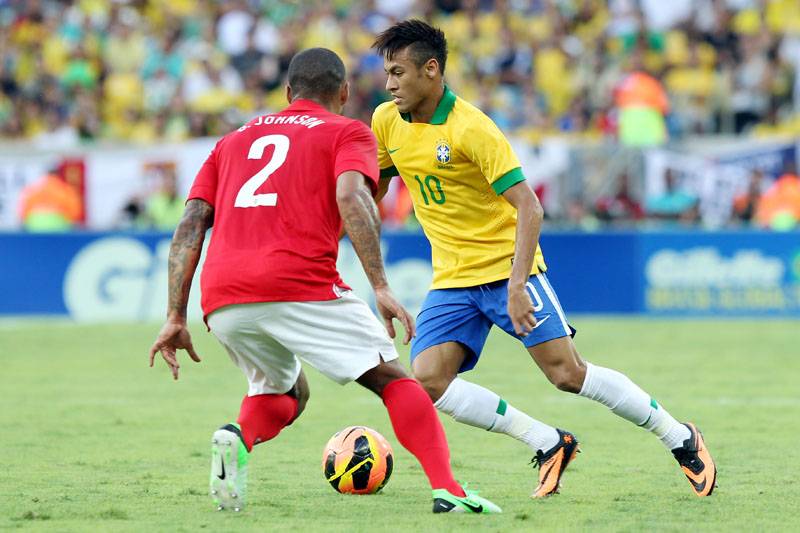 As the GM at LiveWright, Tulio Landin T’12 is transforming Brazil into an athletic powerhouse.

Like most Brazilians, Tulio Landin T’12 was introduced to sports through soccer. From the age of six, Landin was given instruction, entered into leagues, and pushed to attain the high standards that Brazil expects of those who wish to play its most popular pastime. Landin was good at the game, but not good enough to turn pro. When the time came for college, however, he didn’t abandon athletics; he concentrated in sport science, hoping to use his background to increase the professionalism of the sports industry in his home country.

Today, after graduating from Tuck in 2012 with a raft of experience in all kind of sports, Landin is doing what he set out to do as a 17 year old. In January of 2013, he became the general manager of LiveWright, a nonprofit organization with offices in Sao Paulo and Rio de Janeiro, whose mission is to develop Brazil’s sports industry. Founded by 14 of Brazil’s most powerful and wealthy businesspeople, LiveWright is bringing resources, knowledge, and business acumen to a sector of Brazil’s economy and culture that has never quite been able to compete on an international level.

Landin would have started on this path when he graduated from college, but it seemed the country wasn’t ready for him yet. Athletes were giving their lives to sport, but the management of the teams was, in a word, amateur. While developed nations had a professional class of coaches, managers, staff, and support personnel, even the most successful Brazilian teams were run by bankers or lawyers in their spare time. Imagine if Bill Belichick just moonlighted as a football coach.

So Landin was patient. He went back to school and got an accounting degree and then worked for Pricewaterhouse Coopers and JP Morgan Chase. Then came Tuck. “I was expecting to somehow get deeper into the sports industry,” he said, “because you won’t find a more professional and developed sports industry than you will in the U.S.”

At Tuck, Landin aggressively tailored his experience to fit his goal. For his First-Year Project, he did strategy consulting for the Bantu Rovers, a soccer club in Zimbabwe owned by Peter Grieve T’84. In his second year, he participated in the Tuck Global Consultancy, doing a project for the Omega Pharma Quickstep professional cycling team in Belgium, which is owned in part by Zdenek Bakala T’89. To cap it off, Landin secured an internship with Raptor Sports Properties, owned by the American investors of the storied Italian soccer club AS Roma, an opportunity that also came through the Tuck network.

All that athletic immersion, combined with the Tuck curriculum, made Landin a strong candidate for the position at LiveWright. “They wanted someone who understood finance, who had lived abroad and understood sports,” Landin said of his recruiters. “My skills fit their needs perfectly.”

It makes sense that LiveWright sought out a worldly MBA with a sports background, since the organization is basically run like a private equity firm. The difference is that the payback for LiveWright’s investors is the creation of sports heroes who will inspire young Brazilians to, say, get into gymnastics, or ride a bike. Landin cites three-time French Open champion Gustavo Kuerten as an example. “He was a sort of national hero for us,” Landin explained, “and when he started winning, a lot of Brazilians started playing tennis.” Kuerten is now one of the board members of LiveWright.

Star athletes can be self-made, but it’s more likely they will come from a structured system that recruits and cultivates naturally talented youngsters. Such a system is mostly lacking in Brazil today, so LiveWright’s strategy is to raise funds from endorsements and sponsorship deals and use the money to invest in sports programs. The most successful thus far has been the gymnastics program, which is sponsored by Credit Suisse, Volvo, Bain & Company, and others. With their help, LiveWright partnered with the government to refurbish an old gymnasium and hired renowned international coaches to work with the athletes and Brazilian coaches. The development team is comprised of 1,600 girls from around the country, and the professional team is made up of 27 girls and women from the ages of 12 to 28. Out of the 15 national team members under evaluation to compete in the 2016 Olympic games in Rio, eight came up through LiveWright’s program. The organization has also created a track cycling program that developed current national champions and is building a track and field team that will be sponsored by Procter & Gamble.

The world will be watching Brazil in 2016, but Landin doesn’t have high hopes for his home country securing a lot of medals. At least not yet. “It takes at a minimum eight years to develop Olympic athletes,” he said, “and we still don’t have good development programs in general. We don’t see sponsors getting into sports, because the national associations don’t have a good product to offer. That is something LiveWright is trying to change.”