Growth and change at Tuck. 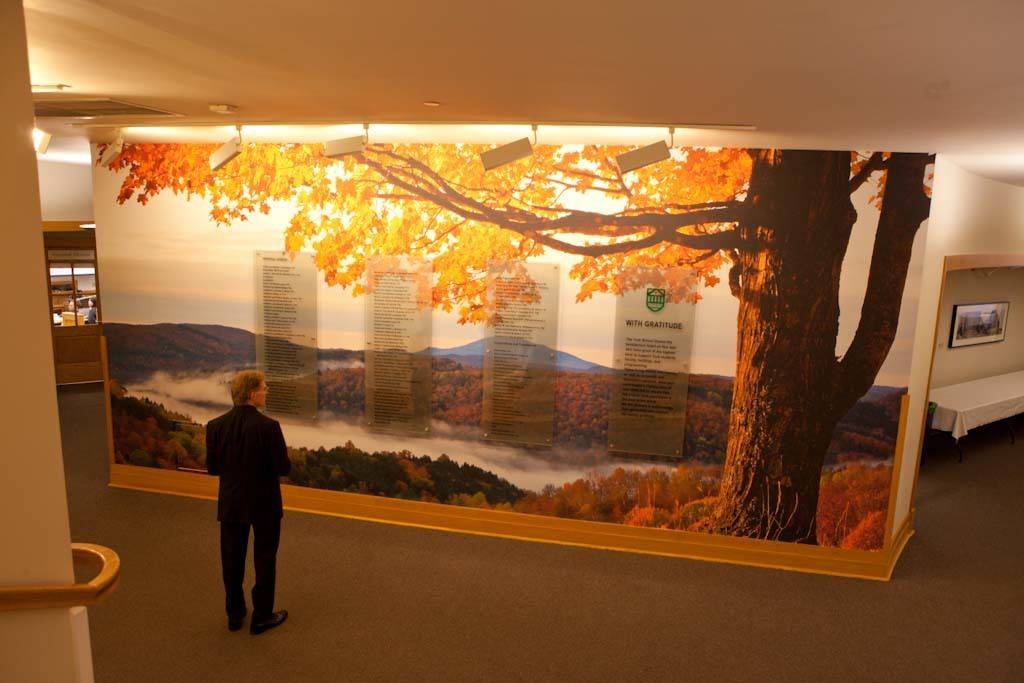 Growth and change at Tuck.

Descend the curving staircase in Byrne Hall these days and you’ll see something new: a spectacular view of red-orange autumn trees framing a misty day on Mount Ascutney.

This natural scene makes the ideal canvas on which to highlight the generosity of Tuck’s donors. “We wanted to acknowledge the people who provide catalyzing support in a striking and beautiful way,” said Erin R. Tunnicliffe T’97, the executive director of development.

Designed to replace the plaques previously hanging in Byrne’s hallway, the new donor wall represents Tuck’s desire to take a more aesthetic approach to honoring its benefactors. Instead of being organized by year or gift purpose, the wall recognizes the entirety of giving by corporations, foundations, and living alumni who’ve donated at least $250,000.

By celebrating existing donors in this unique way, the wall has had an effect on future donors as well. “So many of us students have been inspired by it,” said John Wheelock T’15. “It’s a great example of the loyalty and connection alumni feel to Tuck, and we’re all hoping to have our names up there one day too.”

Since 1997, TuckStreams has been the information portal for Tuck students, faculty, and staff. This year, to accommodate the evolving needs of newer web browsers and mobile devices, users will transition to that portal’s next generation, TuckConnect.

“Students want better tools for collaboration and mobility and they want the skills they develop using those tools to be relevant after they leave Tuck,” said Geoff Bronner D’91, Tuck’s associate director for online services. “All of the changes we are envisioning for TuckConnect have those needs in mind.”

Perhaps the most important of these changes is Canvas, a new learning management system that will provide a more unified delivery of course materials as well as new digital tools—everything from Skype to social media—to support the classroom experience. “We’re always keen to invest in the technology and the people to support new modes of learning and teamwork,” said assistant dean Steve Lubrano T’87. “TuckConnect will provide its users with customized, individualized access to all the data and information they need at Tuck. It’s going to be a game changer for us; no other business school has anything close to what we’ve envisioned.” 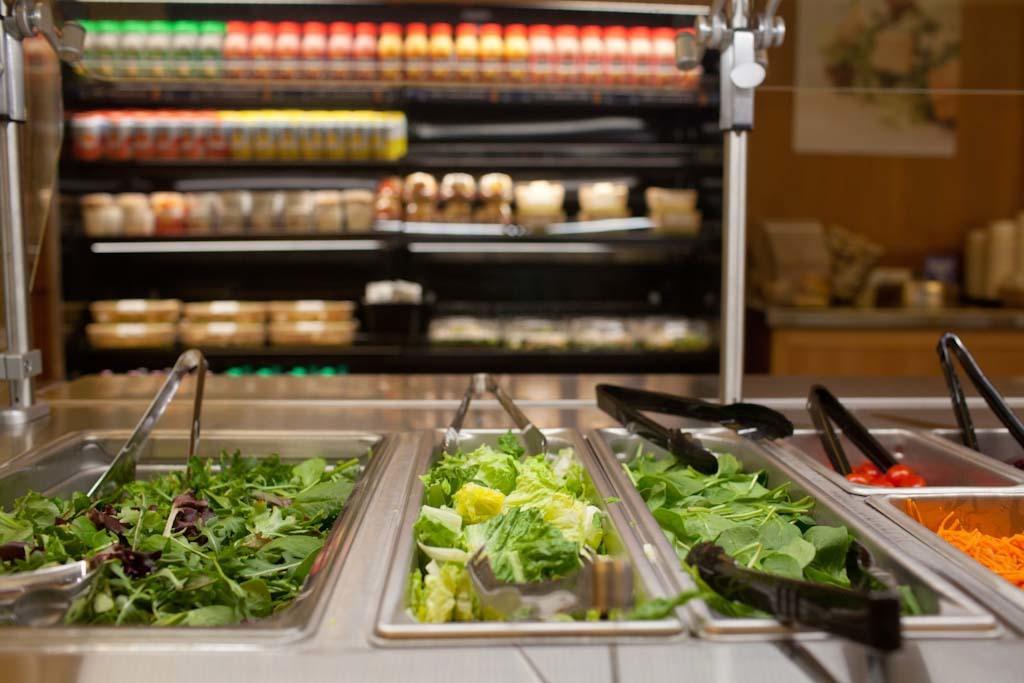 During lunchtime on the first day of school last year, Byrne Hall’s salad bar line snaked out of the servery, down the hall, and onto the stairs. “The demand was apparent,” said Lauren Morse, assistant director of Tuck’s MBA program. “We had to do something to address students’ desire for healthier dining options but to also relieve congestion.”

Tuck administrators and students have come up with a solution: Fresh Zone, a new dining area that has broadened Byrne’s menu with seasonal items from local farms and has also reduced wait times. Located in the former executive dining room, Fresh Zone includes an enhanced salad bar with homemade dressings; a variety of gluten-free, vegetarian, and vegan options; soups, grab-and-go sandwiches, and fresh-fruit-and-yogurt parfaits.

The vision of Fresh Zone and its health-conscious recipes was developed with the help of its chef, Tyler Harvey TP’15, and will continually evolve with patron feedback. “The most common thing I hear is people going, ‘Oh my gosh, kale!’” laughed Harvey, who is also the chef of Tuck’s new student-run food truck The Box. “Tuck students have lived in some of the most incredible food cities in the world, and it’s really nice to hear their excitement when they see the ingredients they love again.” Tyler’s cooking, along with Tuck’s responsiveness to student demand, have proven successful: Fresh Zone has helped Byrne almost double its business.

For years, Tuck had a total of two Bloomberg terminals—those omniscient black boxes that made former New York City mayor Michael Bloomberg a billionaire. One was in the library. The other was in a faculty member’s office. This past winter, with the help of a generous gift and some creative deal-making, the Bloomberg population on campus has grown to 12.

Part of the funding for the new terminals came from last year’s gift from the Feldberg family, in connection with the 40th anniversary of Feldberg Library. The other part came through the efforts of Thomas Naughton D’89, T’96, executive director of the Center for Private Equity and Entrepreneurship (CPEE). Naughton negotiated a trade: In exchange for Bloomberg being a platinum sponsor of the 2014 Private Equity and Growth Ventures Conference, Tuck would get enough Bloomberg licenses to make the school eligible for a lot more at no extra charge, due to its status as an educational institution.

The terminals, 10 of which are stationed in Felberg Library, allow Dartmouth and Tuck students to do deep research on corporations and markets with the tools that professionals use every day. They are especially handy for the Tuck students who run Tuck Asset Management, a hedge fund organized by the CPEE with funding from Harvey Bundy T’68 and Perry Boyle T’88.  “All we need now is four glass walls and we’d have a trading floor,” Naughton said.

The most satisfying Small Group Dinner Doug London T’14 remembers wasn’t even a dinner at all. It was an autumn brunch he hosted in one of Raether Hall’s student residence kitchens. In lieu of dessert, attendees carved pumpkins. “We had members of both classes, plus partners, involved in the carvings, and the best one was a great likeness of the Tuck logo,” London said. “That pumpkin sat outside Raether for weeks!”

One of Tuck’s most beloved traditions, Small Group Dinners are chances for students, staff or faculty to host six guests for a casual meal. The occasions have helped generations of attendees meet people from across the Tuck community.

So central are these events to the Tuck experience that the Class of 2013 created a gift that will fund one Small Group Dinner every year. “Being welcomed into a home to share a meal is such a special gift,” said class president Max Pinto T’13. “We T’13s formed deep relationships at the Small Group Dinner table, so we gave to ensure that this and other community-strengthening traditions continue.”

In 2013, hundreds of community members participated in Small Group Dinners. The year before that, more than 75 percent of first-year students attended a Small Group Dinner held in their honor. “The sense people get is that this is what makes Tuck so special: that we can—and do—plan things like this,” said Small Group Dinner coordinator Ali Bachani T’14. 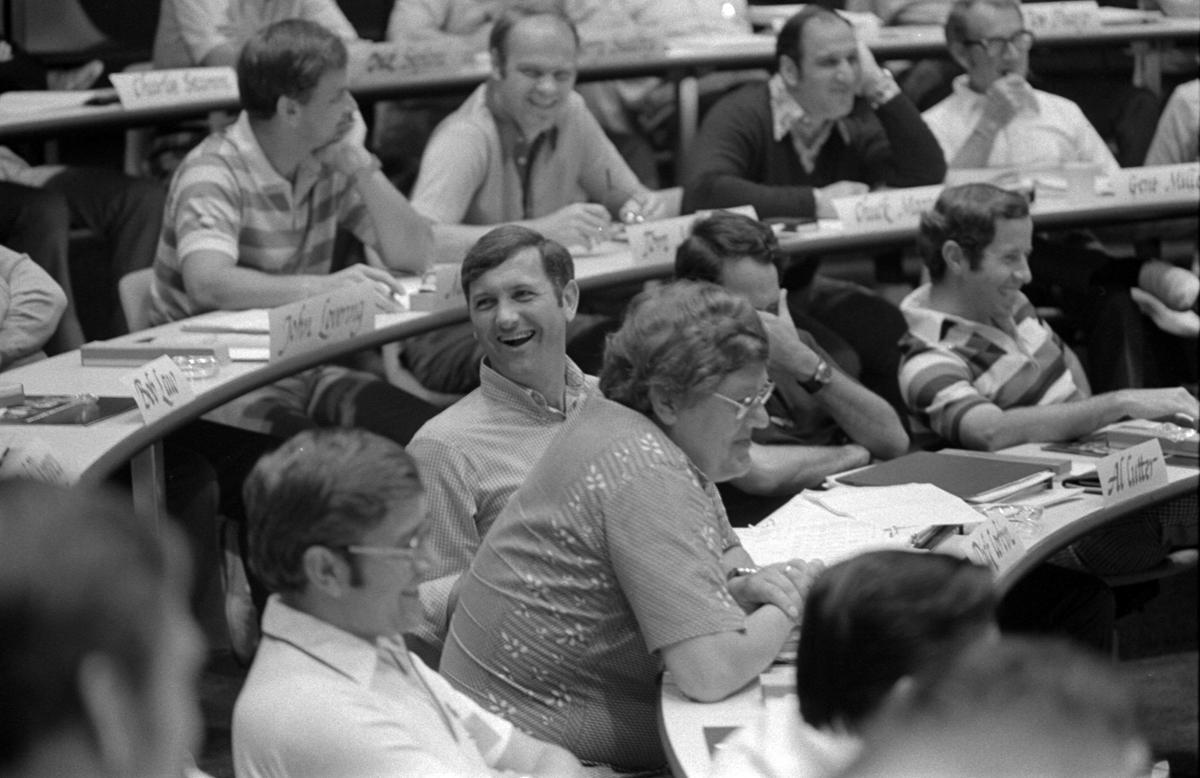 This summer, Tuck will welcome its 40th class of senior executives to campus for the Tuck Executive Program (TEP). Founded in 1974, TEP has always aimed to provide the hallmarks of Tuck’s MBA program—a focus on general management, a personal scale, and access to leading faculty members—to executives ready to take their business and leadership skills to the next level. The results have been extraordinary. Participants make strong connections with their peers during the program and return to their job with a new understanding of how to lead a business or a division. Many are quickly promoted to a very senior position or a job in the C-suite. “It’s a powerful experience,” says Sydney Finkelstein, the Steven Roth Professor of Management and faculty director of TEP.

TEP was originally designed and directed by renowned Tuck marketing professor Kenneth Davis. In designing and filling the program, Davis relied heavily on generations of his former Tuck students who had risen to top marketing and general management positions in firms such as Citibank, Corning Glass Works, General Mills, General Motors, and IBM. There were 44 participants in the first program, which took place in the newly completed Murdough Center. Participants came from 39 different corporations. All were from the United States, with the exception of one participant from Japan. Their average age was 40.

Not only was the program a successful educational venture, but it was also financially successful, netting $19,000 for the school. Davis noted that he would like to see “greater representation from overseas and more female executives.” Fast forward to 2013, when 65 percent of the participants were from outside the United States and 26 percent were women.

Today, under the direction of Finkelstein, the best-selling author of “Why Smart Executives Fail,” the program is three weeks and is divided into three parts: management in action, managing change and growth, and leadership and personal change. The core curriculum, with its instruction in strategy, operations, marketing, finance, accounting, and communication, is designed to give participants the most current and crucial skills for success at the  senior management level.  The second week focuses on innovation and leading the organizational quest for new business. During the third week, participants look inward at their own leadership style, learning how to influence without authority, work in teams, and build leaders from the ranks.

The current curriculum reflects the restless nature of business today. Name any sector of the economy—from television to taxis— and chances are it is being re-imagined by technology and globalization. “We live in a world of disruption and change, and there’s no industry and no job that’s safe,” Finkelstein says. “Leaders must be changing and adapting, and those are exactly the capabilities and mindsets that TEP brings to its participants.”