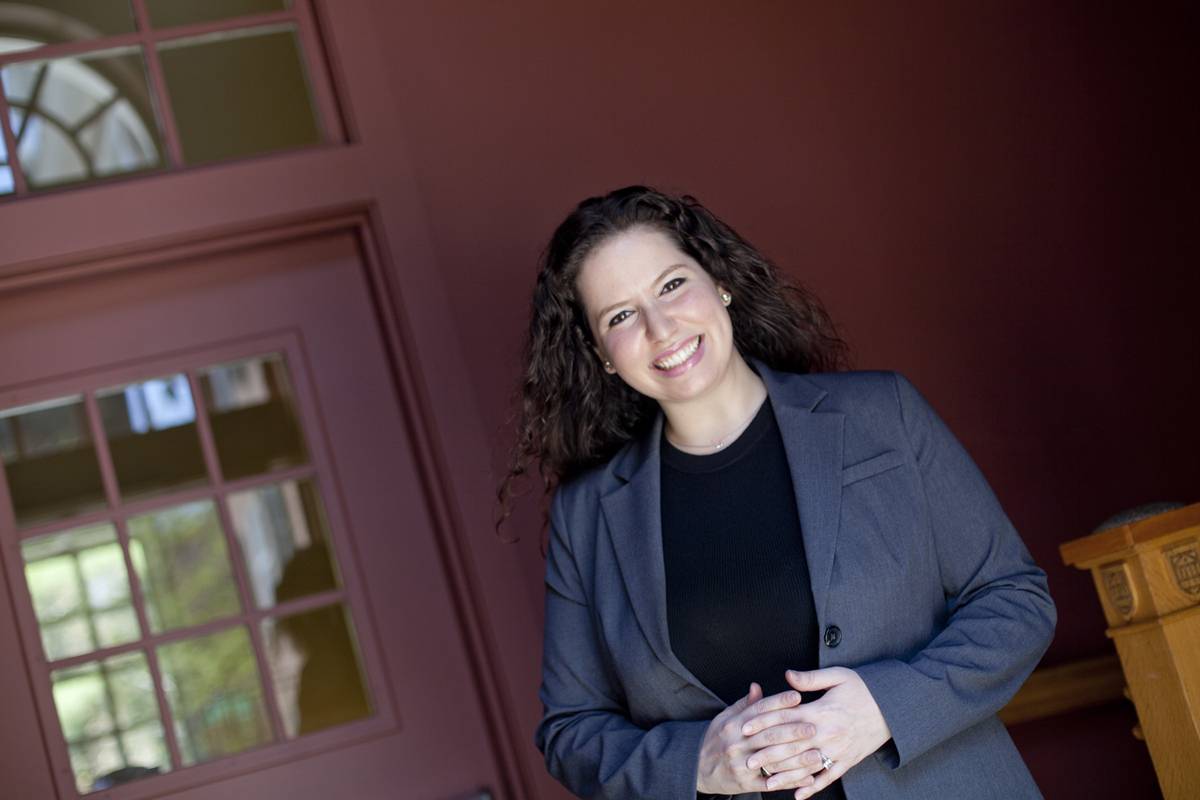 Kaitlyn Ramirez D’09, T’16 has been captivated by Japanese language and culture since her first year at Dartmouth College, when she took an introductory course in Japanese. She enrolled in the course because she could already speak English, French, Spanish, and a little Italian, and wanted to learn a “language I couldn’t possibly teach myself,” she said. The following summer, she traveled to Tokyo on a Dartmouth study abroad program.

A few years later, Ramirez went back to Japan during her first year at Tuck, on a spring break trip with 60 other students organized by a few Japanese classmates. She visited Tokyo again, but also the older cities of Kyoto and Osaka, and was struck by the duality of a country that’s both futuristic and steeped in ancient culture.

While at Dartmouth, Ramirez studied Japanese language, history, and literature."

This summer, Ramirez will have a chance to learn about a new aspect of Japanese culture  as a member of the Tomodachi-Mitsui & Co. Leadership Program. The program, funded by the conglomerate Mitsui & Co. since 2013, “enables young Japanese and American leaders to visit each others’ countries to develop greater cross-cultural awareness,” according to a press release by the U.S.-Japan Council. In July, Ramirez and nine other Americans will travel to Tokyo and Fukushima for a week to meet with new and established leaders in business and government in the areas of innovation, entrepreneurship, and leadership. In September, a delegation of 10 Japanese nationals will spend time in Michigan and Washington, D.C., for a similarly themed trip.

Mitsui & Co. has a long history with Dartmouth, and in 2011 created a professorship in Japanese studies with a $3 million gift to the college. The professorship is currently held by Yusaku Horiuchi, who studies comparative politics, public opinion, and research methods.

Ramirez heard about the program from James Dorsey, the Dartmouth professor who led Ramirez’s study abroad experience as an undergraduate, and Kerry Laufer, director of the OnSite Global Consulting program for TuckGO in which she took part this past fall. So she decided to apply for one of the 10 spots and was delighted to be selected.

“The selection committee noted her cultural awareness and global mindset as qualities that stood out in a competitive applicant pool,” Laufer said, “as well as her potential to drive new business and make contributions to strengthen U.S.-Japan relations.”

While at Dartmouth Ramirez studied Japanese language, history, and literature. This program will focus on other areas, such as Japan’s place in geopolitics and the global economy. “I think doing this program will give me an opportunity to look at current events in a way that I couldn’t when I was studying it academically, and be more forward-looking,” Ramirez said.

When Ramirez returns from Japan later this summer, she will begin her new job in investment banking at Morgan Stanley, the industry she aspired to enter since applying to Tuck. Ramirez isn’t sure how her knowledge of Japanese will inform her job, but she knows one thing: “As the world becomes more global, experiences like this will allow me to work more effectively with my global colleagues and further develop the cultural understanding I’ll need to be successful.”