Keeping an Eye on Risk

By keeping a close eye on risks and exerting the discipline to pull back from fast-buck temptations, Williams built a loyal client base and ultimately trumped more speculative investors.

Chris Williams' plates are full these days. When he does his gig as investment guru for MSNBC at Manhattan's Four Seasons überrestaurant, a nice lunch is put before him—only to be whisked away three minutes later as the cameras move on. Never mind. He needs to speed back to his office and take care of a truly full plate: clients, funds, and a billion-dollar investment from Goldman Sachs. "I can make it there and back within an hour," he computes. 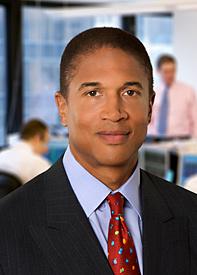 Not a bad U-turn for a man who, 15 years ago, was digging into his own pocket to keep his firm alive. After finishing Tuck and working for Lehman Brothers, he started what would become The Williams Capital Group LP in 1992. He earned money fast on derivatives, but business tanked in 1994 when interest rates rose. Lesson learned, he diversified into a broker-dealer and assets manager, focusing on conservative equity and fixed-income offerings. By keeping a close eye on risks and exerting the discipline to pull back from fast-buck temptations, he built a loyal client base and ultimately trumped more speculative investors. Witness his prescient decision in June 2008 to put 100 percent of Williams Capital Management's assets into government money-market funds. That saved shareholders from the abyss in September and protected his Moody's and S&P's triple-A ratings. In May of this year, Goldman Sachs' vote of confidence—an investment of $1 billion in U.S Treasury and agency securities—doubled the amount of funds the firm manages and gave it the critical mass to draw in more heavy hitters.

Soft-spoken but straight talking, Williams has also prospered in underwriting, starting with a 1996 commercial paper deal for Colgate-Palmolive. In 2000, his firm was senior co-manager of Prudential Financial's $3.5 billion IPO. With clients such as IBM, General Electric, and Wal-Mart, Williams Capital led or co-managed more than $320 billion worth of corporate debt and agency and equity offerings in 2008, making it the only privately held investment bank among the 20 most active underwriters. In April, he acquired Nutmeg Securities LLC for its client base and distribution networks.

Growing up, Williams helped his father, an equipment operator for Northeast Utilities in Connecticut, do second jobs like refinishing floors, so hard work doesn't faze him. "There was never any idle time around our house." Trained as an architect at Howard University, he was propelled by a housing slump to change course and attend Tuck, which he chose because he felt "warmly welcomed." Since Tuck, he's learned some things the hard way. "I consider it tuition for continued learning, but I don't want it to be too much, and I don't want to be paying tuition for the same classes over and over." For example, he restructured his employee profit-sharing plan (his firm is 80 percent employee-owned) when he realized building long-term equity wasn't generating fire in the belly. Today, he employs 80 and vets applicants for their entrepreneurial lust.

He gets unvarnished feedback from a principal in fixed-income sales: his wife of 22 years, Janice Savin Williams, whom he met at Shearson/American Express. His firm's website (willcap.com) lists 42 charities it supports, and Williams serves not only as a Tuck overseer but also on the boards of the Lincoln Center for the Performing Arts, Alvin Ailey American Dance Theater, Partnership for New York City, Wal-Mart, and Harrah's.

Although glittery social events are de rigueur, he celebrated the Goldman Sachs coup by catching up on sleep and flourishing the press release to his teenage son and daughter. "They got the billion-dollar part...and they didn't care too much about anything else," he chuckles.