Organizer Henrique Thielen T’13 says the event provided insight into Latin America and the Latino population in the U.S. 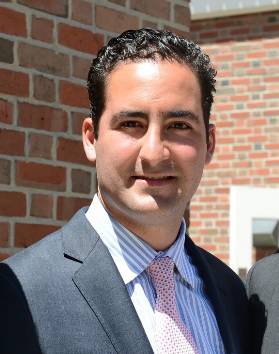 Before coming to Tuck, Venezuelan-born Henrique Thielen T’13 spent six years as an industrial engineer at Cemex, a Mexico-based company that is the world’s seventh-largest cement producer. He came to Tuck to broaden his view of global business, and now as a key organizer of the school’s 2013 Latin America Week, May 5-8, he’s helping his peers gain insight on business operations in his native region.

“Tuck has given me a much broader perspective on how to do business,” he says. “As a Latin American in the U.S., there is so much you can expand on. Tuck shows you how to do business with a range of international business, governments, and nonprofits. Part of my role is to give back by helping classmates expand their knowledge of Latin America’s business environment.”

Latin America Highlight Week, together with April’s Africa Highlight Week, is one way Tuck exposes students to global business perspectives. Despite the slow recovery from the Great Recession in the United States, Latin American and Caribbean economies have created many new opportunities, growing by an average of 4.6 percent from 2010 to 2012. This year’s Latin America Week featured keynote speaker Carlos Rodriguez-Pastor Jr. T’88, a member of the Tuck board of overseers and chairman of Intercorp Peru Ltd., a banking and retailing conglomerate that is among the country’s largest businesses.

As an organizer of Latin America Week, and co-director of Tuck’s 70-member Latin American & Iberian Business Club, Thielen had coffee with Rodriguez-Pastor Jr. last fall in Hanover. “He started talking about the things that he has done, not only in his organization but in Peru as a country, and it’s just astonishing,” says Thielen.

Representatives of Latin and Iberian companies operating in the U.S. also spoke during the week, which was organized by the Center for Global Business and Government and the Latin American & Iberian Business Club. They included Alejandro Lizcano T’07, director of Northeast and Midwest sales for Telefonica, Spain’s largest telecom company; Caio Rossoni, a vice president with Itaú USA Asset Management, a subsidiary of Brazil-based Itaú Unibanco Holding S.A.; and Alvaro Gomez-Muro, project CEO of Madrid-based Ferrovial S.A.’s LBJ Expressway project in metro Dallas.

Latin America’s impact on the U.S. has also been felt politically, as demonstrated by the current debate over immigration legislation in Congress and Hispanics’ key role in re-electing President Obama. In a panel discussion, Ted Alden, the Bernard L. Schwartz Senior Fellow at the Council on Foreign Relations, and Linda Fowler, the Frank J. Reagan '09 Chair in Policy Studies and a professor of government at Dartmouth College, shared their analysis of the political implications of the U.S.’s growing Latino population.

“Helping students showcase regions or themes of interest is very rewarding,” says Lisa Miller, executive director of Tuck’s Center for Global Business and Government. “Events like this truly enrich the MBA experience. Plus, we at the center get to collaborate closely with students, strengthen our network of executives, and learn a great deal about new aspects of doing business around the world.” Thielen’s global business journey will continue after he graduates. He’s accepted a job in Seoul, South Korea, with Samsung Electronics Co. Ltd. “This is an example of how Tuck gives you global opportunities,” he says. “Tuck is one of a small group of core schools they recruit from. When I was selling myself to Samsung, I told them that I see myself as an executive for them one day in Latin America. The plan is they’ll train me in South Korea and maybe someday send me back to Latin America to help the company grow.”