Teaching students to take stock of their strengths and weaknesses helps them become strong leaders. 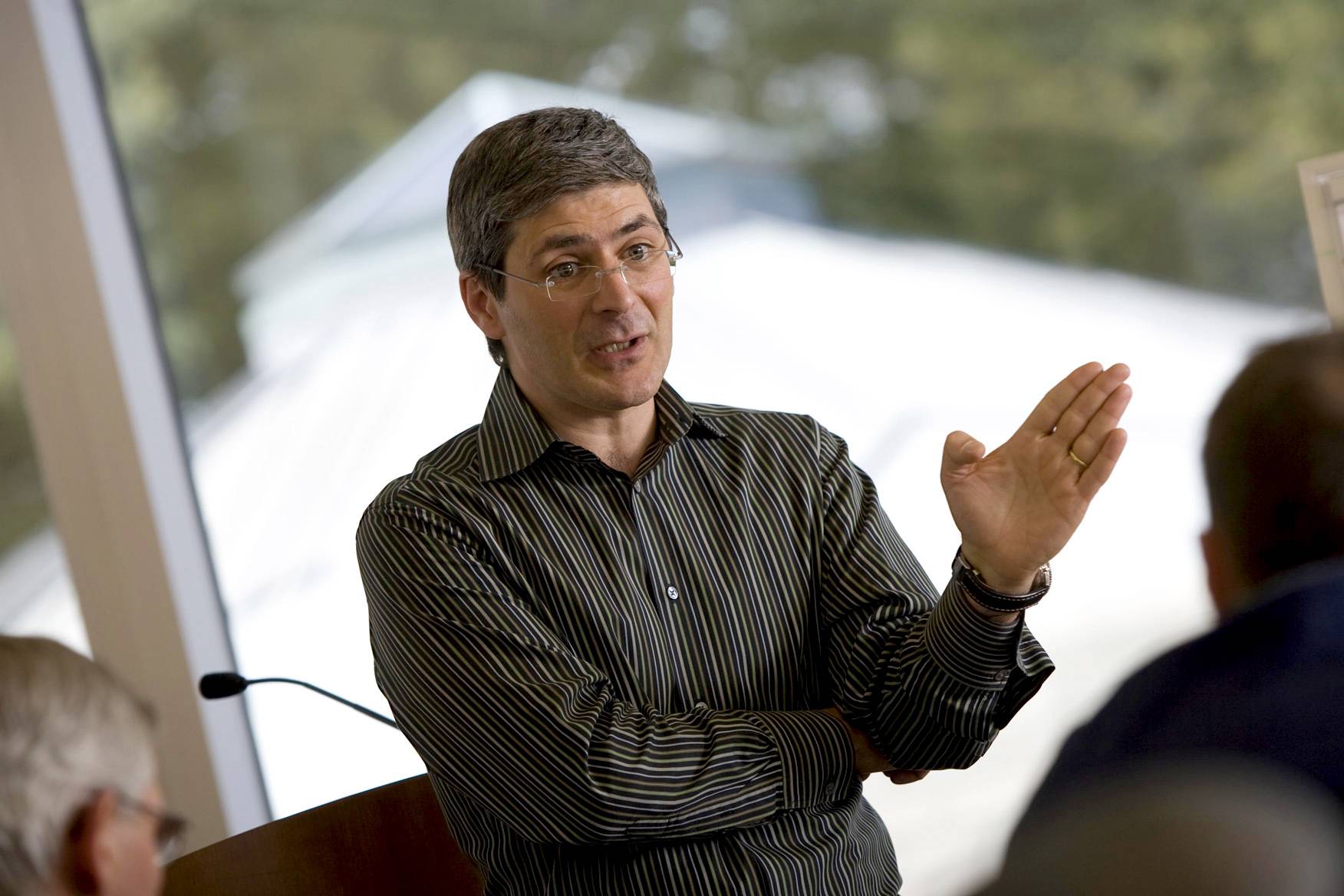 Luke Chapman T'10 had more leadership experience than most MBA candidates when he arrived at Tuck, having spent most of 2006 leading Marines in Iraq. It was a difficult time for American forces there, and Chapman found himself relying heavily on his military leadership training.

The U.S. Marine Corps has been teaching leadership since its founding in 1775, and Chapman's training left no doubt about what was expected of him as an officer in a war zone. However, it didn't encourage him to evaluate his own performance as a leader or to take stock of his strengths and weaknesses, factors that are equally lacking in most business-school curricula.

Recently, Tuck launched its new Center for Leadership to address that gap, and Chapman leaped at the chance to take four leadership seminars. "I learned a lot about leadership and a lot about myself," he says. "I wish I could have taken those courses before I went to Iraq."

Professor Pino Audia is the center's founder and faculty director. "Leaders spend so much time studying the dynamics of their organizations and their business worlds that they often forget to study themselves," he says. "But when you don't know yourself as well as you should, you can't capitalize fully on your strengths or minimize your weaknesses."

Audia teaches the first-year course, Personal Leadership, in which students use peer feedback to analyze their leadership styles and create action plans tailored to their personal attributes and career goals. "By the halfway point of their first year, students have a good idea of their natural strengths and of areas they need to work on while they're at Tuck," says Richard McNulty, executive director of the leadership center and of Tuck's Career Development Office. "The center then provides workshops that are directly aligned with what the students need to work on in terms of leadership development."

These include monthly seminars designed to improve performance in specific leadership tasks and a series of "deep dive" workshops for second-year students, in which visiting senior executives discuss leadership challenges in specific industries. This approach, in concert with a secure knowledge of their personal attributes and limitations, allows students to choose the career settings in which they are most likely to succeed. Audia calls this ability situational awareness. "It allows you to recognize what a particular situation demands and then align your leadership style or behavior to react accordingly," he says.

Acquiring self-knowledge can be surprisingly difficult because it requires students to see themselves as others see them. "People have inflated views of themselves," Audia explains. "Research findings point us to two distinct conclusions: Others' perceptions of ourselves are more accurate than our own, and we hold overly favorable views of ourselves."

The antidote is the rigorous self-analysis at the core of Tuck's approach to leadership development. Combining feedback from coworkers and fellow students with instruction and peer coaching, Tuck students gain insights that traditional case modeling, or even the hard lessons of combat, cannot provide.