Corporate communications professor Paul Argenti says a company’s reputation is an asset that should be protected and actively cultivated. 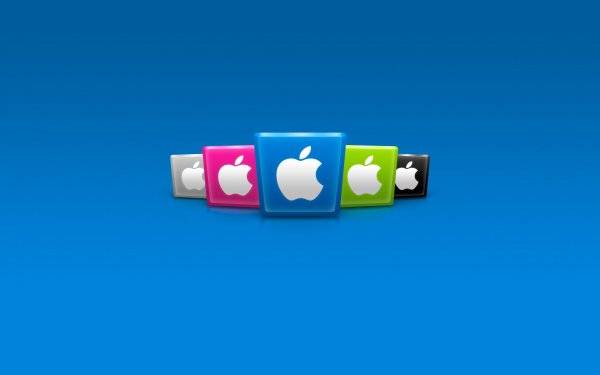 Corporate communications professor Paul Argenti says a company’s reputation is an asset that should be protected and actively cultivated.

Before the tragic and untimely death of Steve Jobs last October, Apple Inc. was all but untouchable by the prying press. Consequently, it enjoyed a coveted position in the hearts and minds of practically anyone with a connection to the company, whether they were users of its products, owners of its stock, or simply admirers of Jobs’s innovative genius. “They just didn’t have to deal with the negative stuff other companies did,” says Paul Argenti, a professor of corporate communication at Tuck.

It’s safe to say the gloves are off now. Since January, The New York Times has produced a series of lengthy investigative reports on the less savory side of Apple’s business practices, including its offshoring of manufacturing, the poor labor conditions in the Chinese factories that make its devices, and its crafty dodging of corporate taxes. Of course, Apple isn’t the only company doing these things, but its position as the most valuable company in the world and the darling of the traditionally trustworthy technology sector has made it an obvious target for scrutiny. “Apple’s pristine, secluded status is starting to change,” Argenti says.

The lesson for businesses in all of this is that it pays to minimize the chances of an embarrassing headline in a major newspaper. In other words: reputation is value. It’s a topic that Argenti addresses directly in a new Tuck Executive Education program, Brand and Reputation, which he teaches with Kevin Lane Keller, the E.B. Osborn Professor of Marketing at Tuck. Argenti also writes about the importance of corporate reputation in a chapter of a forthcoming book, “Public Trust in Business,” published by the Cambridge University Press.

Apple’s arc is not uncommon, Argenti notes. It happened to Coors in the 1980s, when its anti-union stance led to a national boycott by the AFL-CIO and a highly watched segment on “60 Minutes.” And it happened to Nike in the 1990s, when it was revealed that its sneakers were made by child laborers.  Both companies addressed their critics, changed their practices, and stand transformed today. Indeed, Argenti says, admitting mistakes is one of the key components of a good reputation.

Argenti gives Apple high marks in this category for its response to the labor issues. It enlisted outside organizations to audit working conditions at the factories, which in part resulted in Foxconn, one of the world’s largest electronics manufacturers, raising pay and reducing overtime.  “I thought the response by the current CEO, Tim Cook, was good, but it was very unorthodox for Apple,” Argenti says. “Steve Jobs would have admitted nothing. Cook at least realizes the importance of communication.”

Admitting a mistake is one way to protect a reputation, but by the time the news breaks, damage has inevitably been done. A better way to look after a business’s reputation, Argenti advises, is to proactively search for potential embarrassments in a company’s structure and practices, root them out, and then announce it to the world. Coca-Cola did this when it teamed up with the World Wildlife Fund to conserve water. By its own research, Coca-Cola knew that it took four bottles of water to make one bottle of soda. Before the public caught wind of that wastefulness, the company partnered with WWF to conserve watersheds and make its production more efficient. “Nobody told them to do that,” Argenti says, “but it’s an opportunity to do something good about something bad. And they look better because they did it before anyone even noticed.”

Apple could have easily taken the initiative on the labor issues—conditions in offshore factories have been well known since Nike’s woes—but it chose to let The New York Times get there first. As a result, Apple looked like it was only reacting to the bad press, not doing something because it wanted to be a good corporate citizen.

Now that the gloves are off as far as Apple is concerned, Argenti expects to see more stories emerge about other aspects of Apple’s production processes. Perhaps the next one will be about the environmental effects of mining the rare-earth metals that are so important to mobile devices. No one knows what to expect more than Apple—after all, only the company is intimately familiar with how it makes things. Smart companies, Argenti says, are doing internal audits of their reputational issues and creating plans for eradicating them before they get out.

The timing is right for businesses to begin this habit. A 2011 Gallup poll showed that fewer than 20 percent of Americans are confident that businesses are acting responsibly. At the same time, according to the 2012 Edelman Trust Barometer, people value trust and transparency in assessing corporate reputation more than the quality of the products a company makes. Both trends point to one thing: reputation is a worthwhile investment. “The best companies are trying to create an opportunity to treat reputation as an asset like R&D that pays huge dividends,” Argenti says. And that’s something good for everyone.