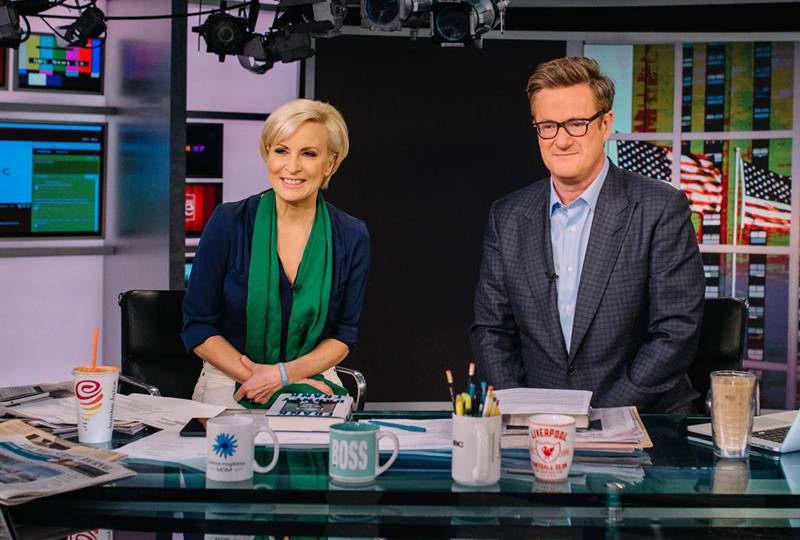 The team from MSNBC’s “Morning Joe” is coming to the Tuck School of Business April 30-May 1 for a series of events, including a live broadcast of the cable channel’s flagship weekday morning news program.

On April 30, Brzezinski will deliver the keynote talk at the second annual Initiative for Women Symposium. Open to Tuck students, faculty, and alumni, the theme of this year’s symposium is “Roadmap to the C-Suite.”

On May 1, “Morning Joe” will broadcast live from the Tuck campus from 6-9 a.m. The event is closed to the public, but viewers are encouraged to tune in to watch and visit the “Morning Joe” website for clips following the broadcast.

That same day, Curt Welling D’71, T’77, a senior fellow at Tuck’s Center for Global Business and Government, will moderate a panel discussion with Scarborough and Brzezinski from 1-2 p.m. in Cook Auditorium. The event, “A Conversation with Joe Scarborough and Mika Brzezinski,” is open to the Dartmouth and Upper Valley communities.

Mika Brzezinski is the author of three best-selling books including The New York Times No. 1 best-seller, “Knowing Your Value.” Her latest book, “Grow Your Value,” comes out in May. Prior to joining MSNBC, Brzezinski served as anchor of the “CBS Evening News Weekend Edition” and as a correspondent for CBS News.

Former U.S. congressman Joe Scarborough, R-Fla., is the previous host of the primetime cable news show, “Scarborough Country.” While in Congress from 1994-2001, Scarborough served on the judiciary, armed services, oversight, and national security committees. He is the author of The New York Times best-seller, “The Last Best Hope: Restoring Conservatism and America’s Promise.” His most recent book, “The Right Path: From Ike to Reagan, How Republicans Once Mastered Politics—And Can Again,” was released in 2013.