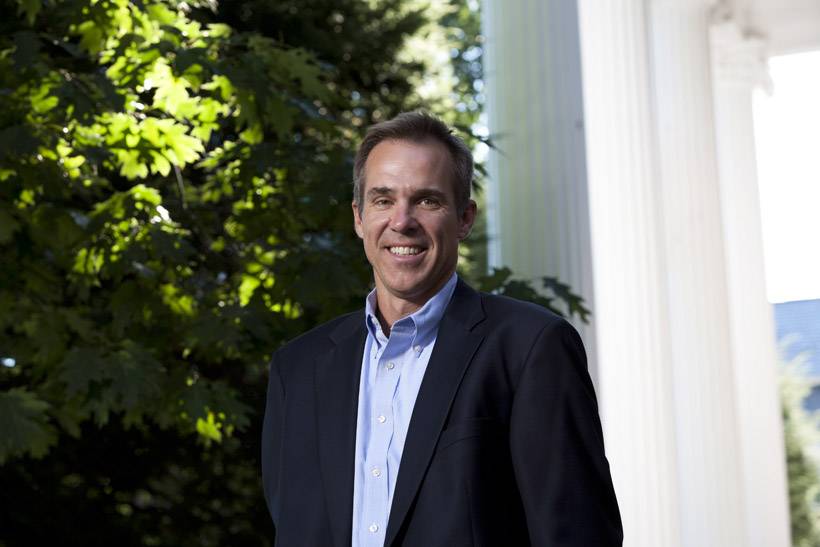 For Tom Naughton D’89, T’96, the essence of private equity investing isn’t in the thicket of jargon that’s grown up around the industry—the buy out, the claw back, the turnaround, the upside—but in the dream of a smart, driven entrepreneur.

As the founder of NeoCarta Ventures, an investor in early-stage IT companies, there is nothing Naughton enjoys more than listening to entrepreneurs and handing them money to pursue their ideas.

Now Naughton brings that passion to his alma mater as the new executive director of the Tuck Center for Private Equity and Entrepreneurship, a resource for students, alumni, and practitioners on the inner workings of an economic engine that drives global innovation and productivity.

Naughton got his start in private equity, somewhat by serendipity, while a student at Tuck. “I was vaguely interested in marketing when I came here,” he says, “but then I was invited to an interview with a private equity firm.” As he prepared for the interview, he realized it was an incredible opportunity. He was offered a summer internship with that firm, which he parlayed into a full time job in General Electric’s private equity group, investing in companies that would show NBC (then owned by GE) how to grow with the Internet. After three years at GE, Naughton struck out on his own and formed NeoCarta Ventures, in Boston.

When the chance came to work with Colin Blaydon, the William and Josephine Buchanan Professor of Management, as the executive director of Tuck’s Center for Private Equity and Entrepreneurship, Naughton knew the job was the perfect fit. “I think what I bring is some real world experience and enthusiasm,” he says. “And, because I still sit on some boards of companies my firm has invested in, I can bring that practical knowledge, too.”

While Tuck is mostly familiar to Naughton, one important change he’s noticed is that a lot more students come here with the intent of starting a business. He’s happy to be part of the growing infrastructure of support for these students, and he plans to work closely with the Dartmouth Entrepreneurial Network and the new Entrepreneurship Initiative at Tuck. “I worked informally with a couple of students last year,” he says, “and I really enjoyed helping them propel their companies forward.”

In addition to aiding entrepreneurial students, Naughton sees his role as a mentor for students and alumni interested in the spectrum of private equity, from venture capital through growth equity and buy outs. That job includes connecting students with people in his network, and working with young alumni just making their way in the industry. “When you get the coveted job in private equity, it’s not over,” he explains.  “The path is just beginning.”

Another of Naughton’s important functions is to support the academic mission of the center, working with professor Blaydon on the Private Equity course, as well as with students involved in Independent Studies and First-Year Projects.

The educational component of the center’s mission also extends beyond Tuck, to the press and the public. “This is especially exciting because it’s an election year, and Mitt Romney worked at Bain Capital,” Naughton says. “Private equity is in the news all the time, and often not in the best light. So it will be nice to set the record straight, in a non-partisan way, and explain what private equity is and isn’t.”

One of the basic lessons Naughton hopes to impart to Tuck students is that private equity is relevant to an MBA education, no matter what field one decides to enter. “What’s unsaid behind all the talk in the media is that PE is a critical industry for business and the economy,” he says. “Even if you’re interested in manufacturing, you might start a business or be part of a management team that spins out a company—eventually, you’re going to need some private equity skills.”