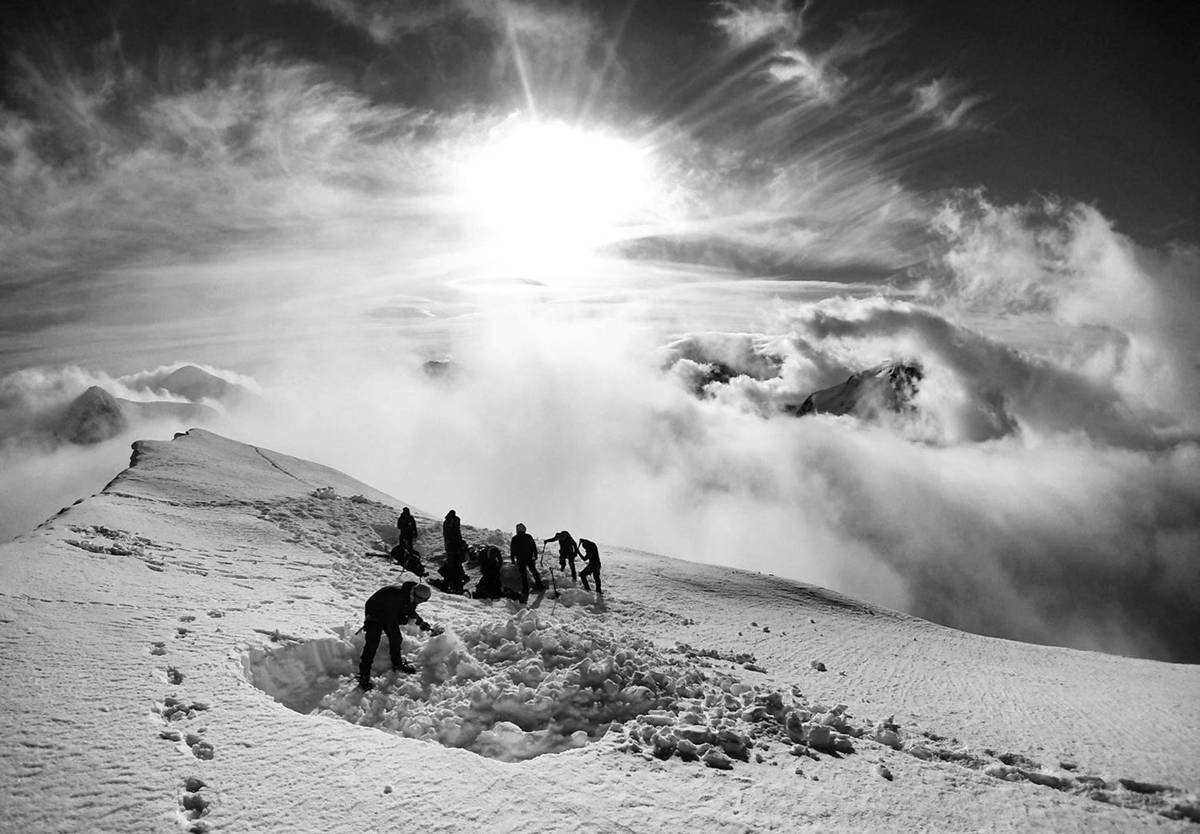 The idea for T’14s Sam Alexander and Jordan Melcon’s adventure travel company Latitude six-six began not in the rugged Alaskan landscape, where the pair eventually intend to take intrepid travelers, but on the terrace of Tuck’s Raether Hall overlooking a stand of towering pines.

Alexander, a Native American graduate of West Point and former Green Beret, and Melcon, a former marketing strategy consultant, fleshed out the idea the following year in their Introduction to Entrepreneurship and First-Year Project courses, and received critical support and mentoring through Tuck’s Barris Incubator Program.

Their focus paid off April 5 with Latitude six-six taking second place and $10,000 at the 2014 Dartmouth Ventures Entrepreneurship Contest at Tuck. “The support we’ve received at Tuck as students who are interested in starting our own company has been amazing,” said Melcon.

“We’ve been given access to an unbelievable network of mentors and advisors through Tuck and have had a staggering amount of personal attention,” Alexander added.

Named for the approximate coordinate position of the Arctic Circle in Alaska from which Alexander’s Gwich’in tribe hails, the company will be the world’s first to offer travelers an immersive experience in the Gwich’in culture. Under the model, 15 to 20 percent of revenues from the trips will go directly to the native people working with Latitude six-six. “This is not a charity,” said Alexander. “It’s a business.”

The Entrepreneurship Contest was part of the annual Dartmouth Ventures Conference, which encourages the entrepreneurial spirit across the entire Dartmouth and Dartmouth-Hitchcock community by facilitating networking, collaboration, and innovation.

The conference attracted 500 attendees, including students, faculty, community members, and alumni. The energy and excitement of the daylong-event was palpable, with classrooms overflowing during morning and afternoon panel discussions focused on topics ranging from attracting seed money to pitching an idea to decision making. “Dartmouth Ventures is about creating a hub for entrepreneurship, while showcasing the new companies that are coming out of the Dartmouth community,” said Joaquin Villarreal T’08, manager of the Entrepreneurship Initiative at Tuck.

The Startup Showcase portion of the conference featured 25 up-and-coming companies from the Dartmouth community, whose founders stood next to laptops or displays and continuously made their business pitch to conference attendees. Between sessions, the halls of Tuck teemed with students and faculty rushing to the next discussion, often stopping just long enough to hear one or two presentations.

The highlight of the Dartmouth Ventures Conference was undoubtedly the final round of the Entrepreneurship Contest, held at the end of the day in Georgiopoulos Classroom. In a scene reminiscent of the television show “Shark Tank,” each of the three finalists made their presentations to the panel of judges: Jeff Blackburn D’91, senior vice president, business development, Amazon; Dan Richards T’03, founder and CEO, Global Rescue; and Matt Rightmire T’96, managing director, Borealis Ventures.

The winners, Kamei and Miles, say they look forward to pouring their winnings back into the company as they take their next step: locating capital to commence production. After an introduction to a restaurant supply executive—an encounter facilitated by the Dartmouth network—the students attended a trade show in March, where they received more than 2,000 pre-orders for Tray Bien in just two days. “We keep saying to each other that this would not have happened if we weren’t at Dartmouth and if not for our mentors,” said Kamei, whose product will retail for $32.

“We have learned so much this past week with Dartmouth Ventures. It’s been the most exciting time of our Dartmouth careers—and possibly our lives,” added Miles.