Corporate governance rules in the U.S. are quirky and often controversial. Professor Espen Eckbo has some suggestions for reform.

B. Espen Eckbo, the Tuck Centennial Professor of Finance, has a unique perspective on the relationship American firms have with their shareholders. A native of Norway and a research associate at the European Corporate Governance Institute, Eckbo is intimately familiar with standards of corporate governance in North America’s neighbor to the east. But as the founding director of the Lindenauer Center for Corporate Governances at Tuck, Eckbo also knows how American companies are governed. 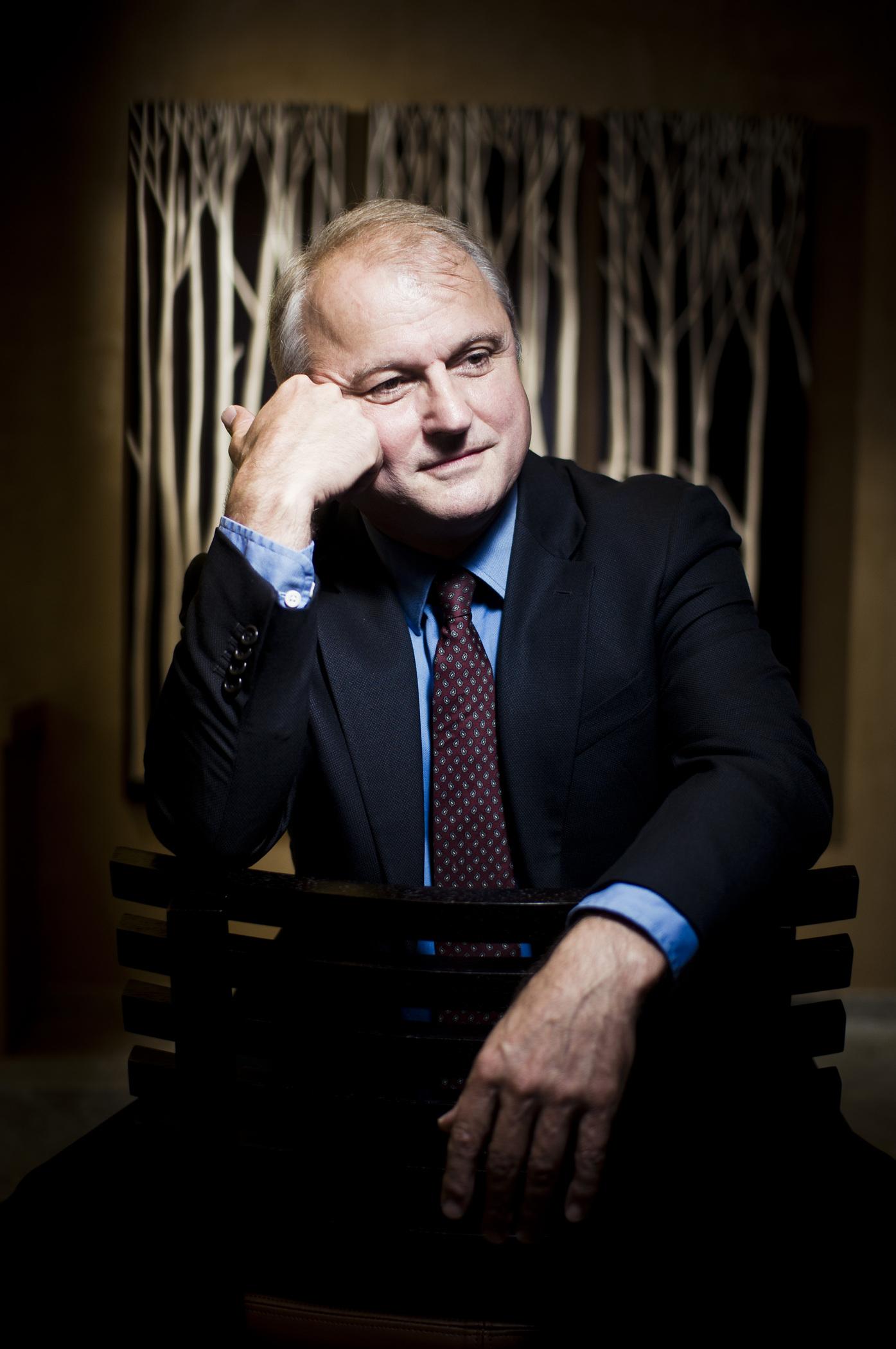 Eckbo explains that the U.S. legal and governance rules deprive shareholders of essential rights, which are available throughout much of Europe and in particular in the U.K. Without these rights, he says, U.S. shareholders are relatively powerless against the decisions of officers and directors. Such powerlessness can erode trust and confidence in business judgments rendered at the highest level of a firm’s hierarchy—judgments that often have large impacts on a firm’s value. He is arguing for changes that would put the owners of a corporation—its shareholders—in a better position to both trust corporate boards and steward their personal investments.

The most powerful lever for change, Eckbo says, is a reform of the U.S. director election system. Currently, directors are elected via a plurality of votes, submitted by shareholders on proxy voting cards. Director candidates are nominated by the firm, and shareholders can vote either “yes” or “abstain” on the proxy card. There isn’t a “no” box, and “abstain” doesn’t count as “no.” Thus in principle, a single “yes” vote can get the directors elected. Naturally, this system fails to promote shareholder confidence in elected directors.  To make matters worse, the firm’s insiders often nominate directors. “If I’m the CEO and ask you to serve on the board, and you’re elected,” Eckbo says, “you’re going to look at me as the guy who hired you, not the shareholders. And you would be right.” How is this system going to promote shareholder protection as it was originally intended to do?

By contrast, many European countries not only allow shareholders to form election committees and nominate directors, but shareholders can also vote “no.” Moreover, directors are often up for election on an annual basis, as the U.S. tradition of staggered board elections (where you elect only one third of the board each year) is either frowned upon or directly outlawed.

Over the past 10 years, the Securities and Exchange Commission—the agency that regulates public corporations and makes rules about their governance— has twice seriously considered fixing parts of the election system. The first time, under the George W. Bush administration, the SEC commissioners ended up rejecting a proposal to let large shareholders (those holding at least 5 percent of the equity) access to the proxy voting card (by writing in a competing slate of director nominations). The commissioners, who are political appointees, felt the change represented too large an increase in shareholder power.

However Mary Schapiro, the current chairwoman of the SEC, revisited this reform issue in 2010 and advocated for a similar proxy access reform. This time, Schapiro’s proxy access proposal was passed by the SEC by a 3-2 vote, with the two Republican commissioners objecting. But then the Business Roundtable and the U.S. Chamber of Commerce sued the SEC and won, claiming that SEC didn’t fully consider the costs and benefits of the rule change (a time-tested delay strategy when a federal agency is alleged to have overstepped its boundaries). The SEC may appeal the decision this year, but Eckbo isn’t optimistic.

“The paradox is that although the director election system is malfunctioning,” Eckbo says, “U.S. corporate law continues to treat the board as representatives of shareholders.” The courts simply refuse to recognize the agency problem. This attitude is clearly expressed in the so-called “business judgment rule,” which holds that the court will not second guess a board’s business judgment (and therefore its business decisions) unless directors breach their fiduciary duties to the corporation. These are duties of care and of loyalty.

“The standards for satisfying these duties are low,” says Eckbo. Suppose the board receives a takeover bid and decides to “just say no.” The court won’t question this decision as long as the board met and discussed the takeover proposal, preferably with input from a consultant.  Why does the court take this generous view toward directors? “Because the assumption is that boards effectively represent shareholders,” Eckbo explains. “The message seems to be: If you (the shareholders) don’t like what the board is doing, elect new directors.” So when the election process is rigged against shareholders, the system fails.

Of course, shareholder exasperation with a malfunctioning election system breeds costly dissent and attempts to interfere with board decisions anyway. “We see this in the so-called ‘say on pay’ movement,” says Eckbo. “This movement is designed to have the annual shareholder meeting consider and formally approve top executive pay. It’s not that shareholders understand better than the board how to set the pay—they don’t—it’s all about mistrust of the board created by a sense that directors fail to represent the owners.”

But the picture is not entirely bleak. The past decade has brought definitive governance improvement through the growing acceptance of the idea that the CEO ought not to also hold the position of chairman of the board. “This development has in part come about by pressure from large foreign investors, who are neither used to nor willing to accept the uniquely American tradition of combining the two top positions in the firm,” says Eckbo. After all, a major function of the board is to hire, fire, and set compensation for the CEO. “It’s harder to do that properly when the CEO is also the chairman of the board,” says Eckbo. “Combining the chairman and CEO roles amounts to a built-in conflict of interest in the board. Fortunately, this tradition is now on the way out. In many foreign jurisdictions, combining the two roles is actually prohibited by law.”

What’s at stake in the modern governance reform movement is corporate directors’ and officers’ unfettered power to run the companies they represent. “They see little reason to voluntarily give up this power,” Eckbo says. “If you push them on it, they push back with statements like ‘why change the game—after all, we’re the most productive economy in the world.’”

For Eckbo, this argument can be misleading. “Yes, the U.S. is the most productive economy in the world, but in part that’s due to the opportunities for huge scale in the economy not available to smaller western nations,” he opines. “The economy runs on the ability to create and develop new inventions—which boards have very little to do with. Moreover, when the innovations hit big, you don’t need a superstar board for the huge U.S. consumer market to kick in. In sum, it’s far from clear that the success of U.S. firms can be attributed to board structures.”

He continues: “The real test of boards comes not when companies are doing well, but when the opposite happens. Suppose a firm becomes financially distressed and the best course of action is to initiate a merger with a financially healthy company.  If the merger means that the directors and top executives will lose their coveted jobs (and research shows that they typically do), then the question boils down to whether they will actually think like shareholders and sell, or like employees and fight the sale. We need a director election system which guarantees that, when the house is on fire, top executives will do what’s in shareholder interest.”

Eckbo and Tuck associate professor Pino Audia will be leading roundtable discussions at the Council on Business and Society's inaugural international forum, Business and Society in a Global Context: Corporate Governance and Leadership, November 16-17 in Paris.