Zdenek Bakala T’89, founder of the Czech investment group BXR has invested in the professional cycling team Quick Step, after its title sponsor scaled back its funding.

Zdenek Bakala T’89 has loved cycling since he was a kid, back when he cruised the streets of Opava, Czechoslovakia, on a green Favorit and watched hero Eddy Merckx break records.

So perhaps it’s not so surprising that earlier this year, the founder of the Czech investment group BXR decided to invest in the professional cycling team Quick Step, whose title sponsor scaled back its funding.

“Quick Step was an opportunity that came along, and when we took a closer look at it we felt that it had all the basic ingredients—good infrastructure, a good stable of professional riders, a loyal fan base, and a good manager in Patrick [Lefevre],” said Bakala of the investment he made with business associate Bessel Kok. “It just needed some resources and stability so that it could concentrate on winning bicycle races and moving up in the world rankings.” 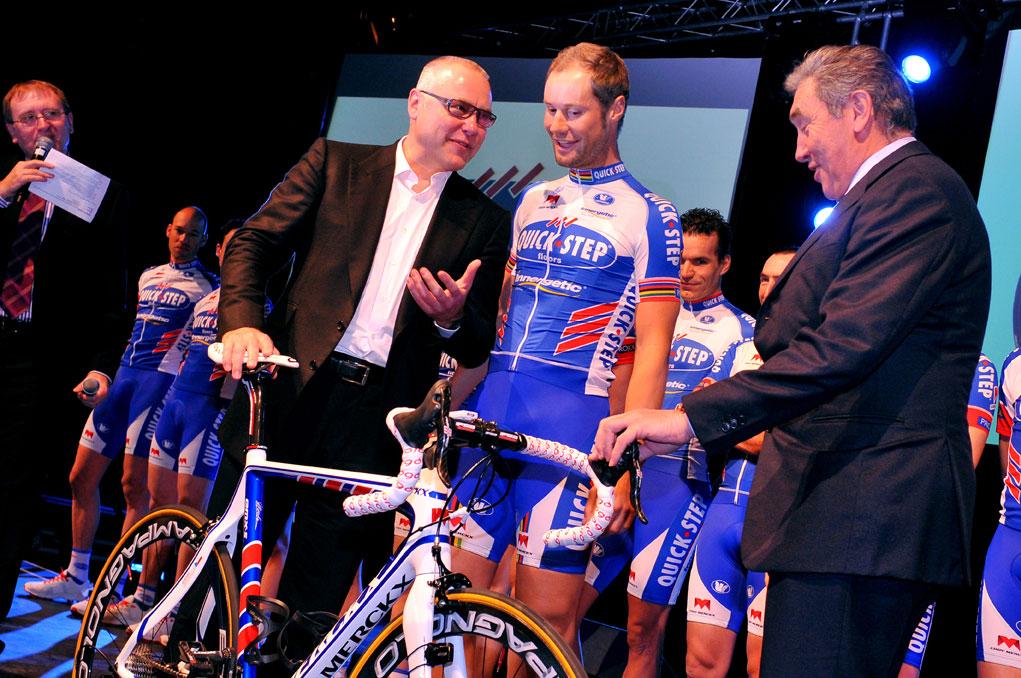 Bakala believes that the sport is on the verge of restructuring and is rife with opportunity. Cycling is one of the most popular activities in the world, accessible to millions, yet remains relatively underdeveloped commercially. Bakala has already inspired riders to think innovatively by asking them to consider long-term goals—as far as 2015—rather than focus solely on annual performance.

Of course the team provides more than just a business opportunity. This year, as he watched the Tour de France as he always does, Bakala could root for his own team members as they twisted down steep Alpine passes. And every day, when he sets off on his own ride, he mounts the sleek racing bike hand-picked for him by one of the team’s supporters, Eddy Merckx himself.