On the Job: Tuck’s Newest Graduates Pursue Careers in Many Industries

Tuck is on track to have another strong year of recruiting—comparable to last year when 91 percent of the class was employed or offered a full-time position by graduation. 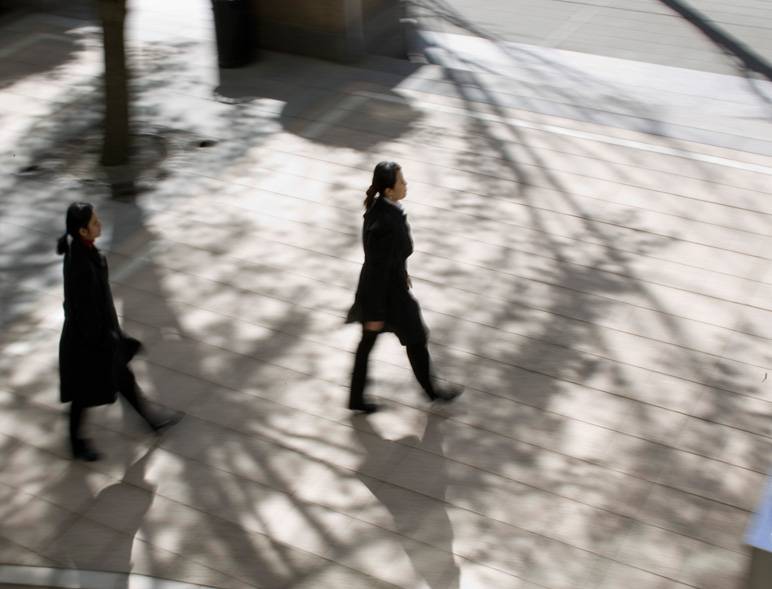 Tuck is on track to have another strong year of recruiting—comparable to last year when 91 percent of the class was employed or offered a full-time position by graduation.

After three seasons with the Hawaii Winter Baseball League, Kurt Zwald T’12 has finally made it to the big show. At the end of June, he went to work for the Boston Red Sox, fulfilling a lifelong dream to join a major league team. 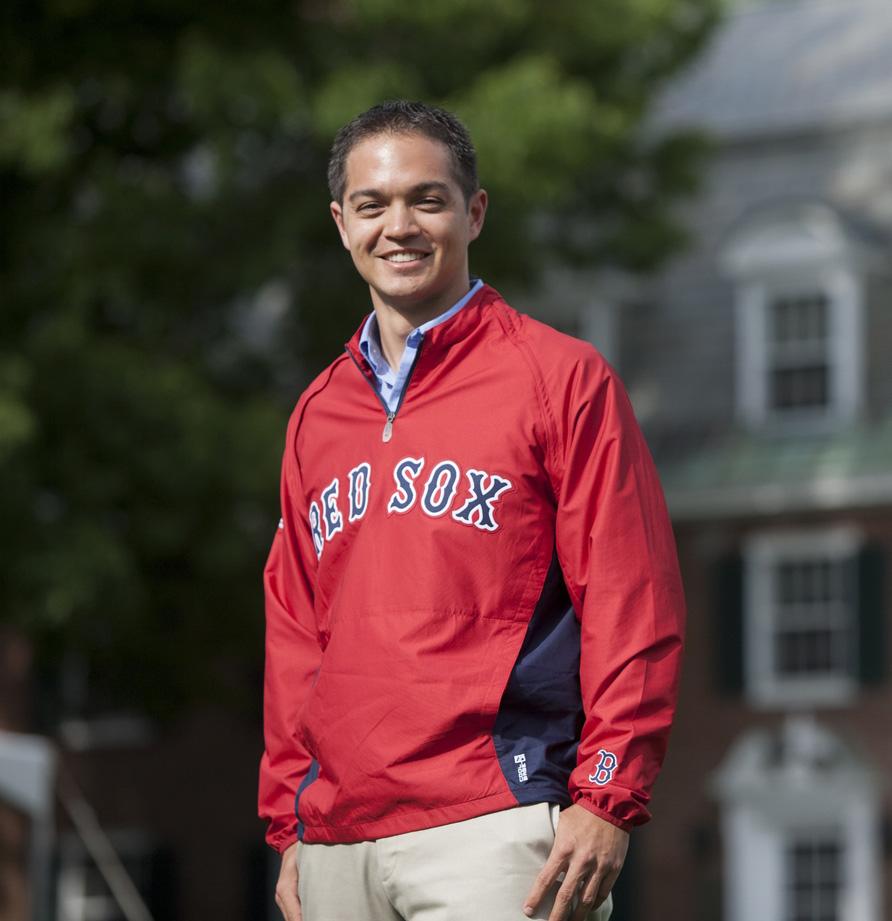 But don’t look for him on the field—Zwald accepted a position as a business analyst with the team, building on the marketing experience he gained with the Hawaii league and the strategy work he did while interning at ESPN. “It’s a lot like an internal consulting role,” Zwald says of his new job. “We consult with every revenue-facing side of the business, whether it’s tickets, sponsorships, concessions, or the other sports and media properties within the Fenway Sports Group.” For a passionate sports fan who finds a challenge in the business side of the game, the job is just about perfect.

As a member of Tuck’s class of 2012, Zwald’s good fortune is not out of the ordinary. Tuck graduates join a breadth of industries when they leave Tuck, some entering more traditional sectors such as consulting, investment banking, consumer goods, technology, and health care, while others join less common areas of the economy, including entrepreneurial and nonprofit organizations.

What all of the job searches have in common is that that they are all highly personal initiatives managed by students and supported by the school as a whole and the Career Development Office in particular. The CDO expects this year’s final employment numbers to be comparable to last year, when 91 percent of students had full-time jobs or offers at graduation.

While Zwald headed to one iconic brand, Grace Chan T’12 went to another: Chanel. She recently joined the company’s fragrance marketing department as an assistant marketing manager handling a few well-known fragrance lines in the U.S.

There’s not a traditional recruiting process for jobs in the luxury goods industry, so Chan had to leverage the network she built before Tuck—when she was a fashion editor at Lucky Magazine—and during her internship with Louis Vuitton. The CDO was especially helpful in that process, she says, because the staff coached her on how to re-ignite her network and how to approach new contacts, especially Tuck alumni who ultimately became advocates in her job search.

Chan also crafted her curriculum at Tuck to mesh with her interests. During the core Strategy course, she and her study group analyzed Louis Vuitton’s purchase of Hermès stock to gauge its long-term impact on Hermès. And Chan set up an independent study with a startup called Moda Operandi, an e-commerce portal where people can order the newest fashions before they’re available in stores. Those moves increased her credibility and real-world understanding of the industry.

Chan was drawn to the luxury industry by its ethos of timeless quality. “I think there’s a real beauty in the craftsmanship of the item,” she says. “It’s not just a tweed or wool jacket; it’s the details, the stitching, and the story behind it.” Now she has the chance to make the same argument for one of the most respected names in the fashion industry.

International students are just as successful as their domestic classmates in finding full-time jobs. In 2011, over 90 percent of international students had accepted jobs or received offers by graduation, and the CDO expects the same to hold true for the class of 2012. 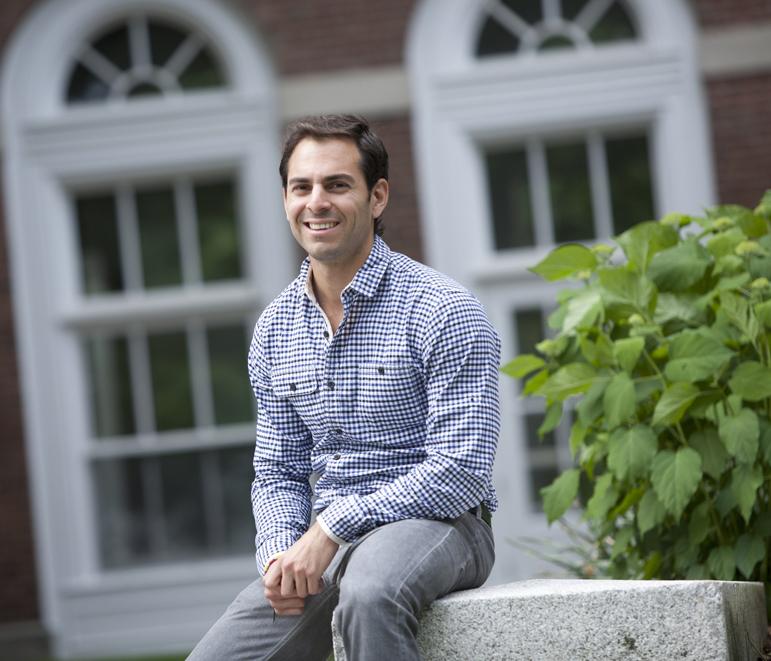 A good example is Andres Brito, a native of Colombia who came to Tuck with a clear goal in mind: to advance his marketing career. He’ll get the opportunity to do that when he moves to New York to work for Colgate-Palmolive as an assistant brand manager. In that job, which is designed for MBA graduates who interned at the company between their first and second years in business school, Brito will work on a variety of brands in the company’s portfolio.

Brito chose Tuck for a host of reasons, but the two at the top of his list were the chance to study abroad, and the ability to take advantage of Tuck’s alumni network. There are more than a dozen alumni at Colgate-Palmolive, and the company has been recruiting Tuck students since the 1960s. Representatives from Colgate come to Hanover four or five times every fall, hosting mock interviews and taking students into stores to better understand how their products are marketed and sold.

Brito secured an internship at Colgate-Palmolive last summer and worked on the power toothbrush brand. “It was very interesting to see how the dynamics of the industry worked and how to break into a market, which takes quite a bit of time,” he says.

As part of that experience, Brito got to have lunch with the company’s CEO. “I don’t think I ever would have had this opportunity if I was working in South America,” he says. “The networking part is what makes the Tuck experience special. It’s Tuckies helping other Tuckies and making the process as easy and comfortable as possible.”

For now, Brito is most excited about helping Colgate-Palmolive grow its business. But the move to New York runs a close second. “If you’re an international student, getting the chance to come to Hanover for two years and then transition to New York is awesome,” he says.